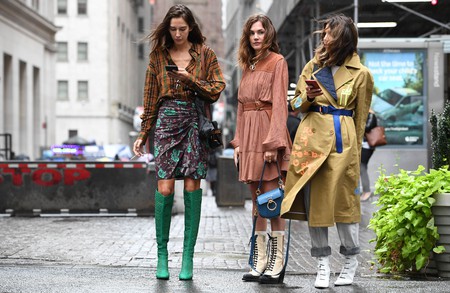 From all black everything to the party girl’s glitter go-go boots, there are some New York style stereotypes that ring true. Whether you’re a brand-new New Yorker or just visiting, here’s your guide to dressing like a New Yorker.

From New York Fashion Week to Anna Wintour and avant-garde designers, New York’s status as one of the most fashionable cities in the world has long been cemented. Now all you need to do is dress the part. With a dose of truth and a hint of irony, New Yorkers manage to lean into sartorial stereotypes while maintaining individual flair. Whether you’re donning dapper duds to get past the velvet ropes at a nightclub or just trying to navigate the subways without looking like a tourist, we’ve gathered the iconic New York styles to inspire your city look. You’ll look so good, people will stop you on the street to ask for directions. 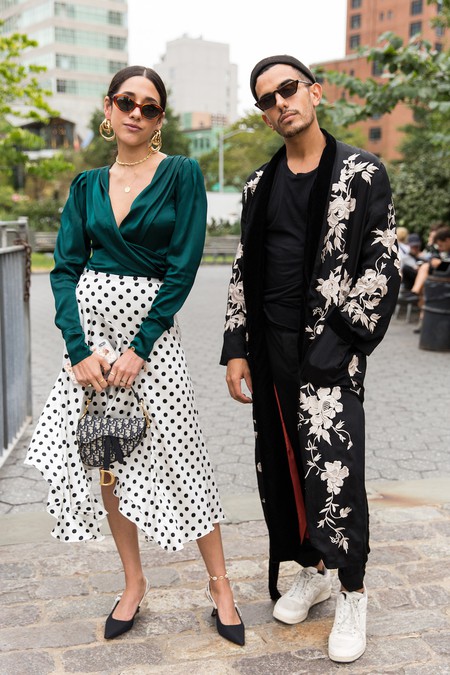 It’s true that New Yorkers have a penchant for black – it’s the uniform for fashion stylists, editors and photographers who want to be inconspicuous on set as well as a majority of the thousands of people you’ll pass by on the streets daily. But New York dressing is about standing out in a crowd as much as it is about blending in – how else do you connect in a city of 8 million? To help you harness this exciting sartorial tension, we broke down city-inspired styles by New York neighborhoods, with wardrobe advice on how to capture the style secrets of the Big Apple. 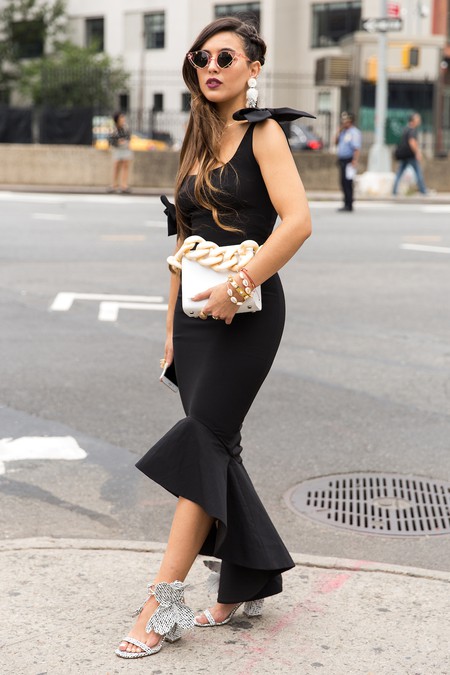 Chelsea’s mash-up of priceless art and downtown cool gives the neighborhood a conscious cosmopolitan vibe. When people aren’t awestruck by a Kiki Smith painting, all eyes are on the sartorial gatekeepers of the neighborhood: gallerinas. The look combines savvy business dressing with lavish accent pieces. Think a black pencil skirt and silk blouse paired with a leather motorcycle jacket; gold bangles accessorize the look. 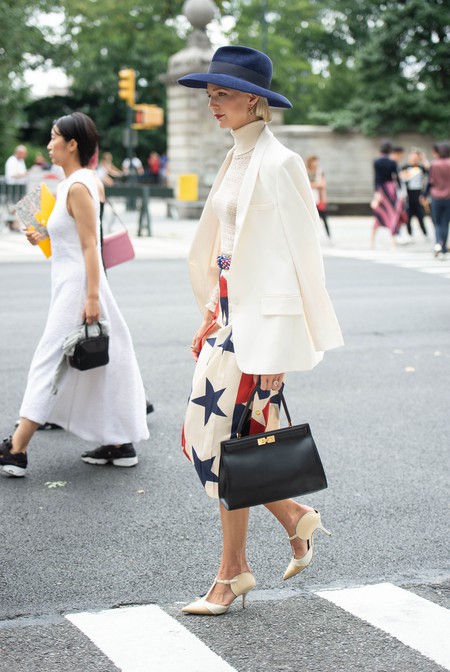 For uptown girls, Queen B will always refer to Blair Waldorf, the fictional Upper East Side princess of Gossip Girl. With a nostalgic embrace of the classics, like pearl earrings and cardigan sweater sets, this look combines prep-school dressing with high-society elegance. Slip on an impeccably tailored varsity sweater, collared shirt, light-wash jeans and ballet flats. 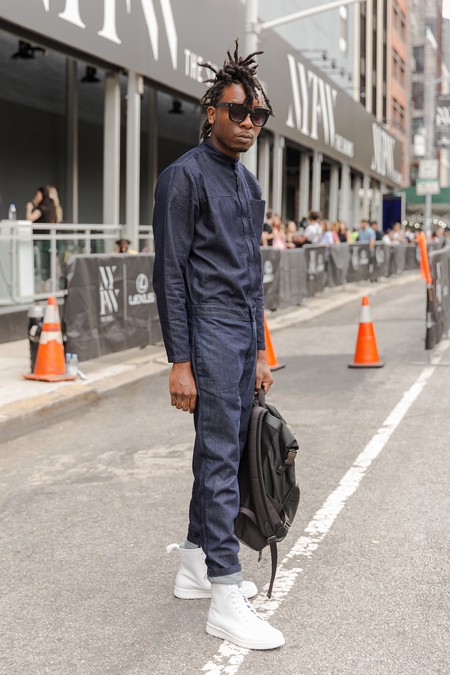 Bushwick, once an artists’ enclave and now one of Brooklyn’s more expensive, hip neighborhoods, is an epicenter for New York’s hipsters. Boasting exclusive nightlife, artisanal coffee and innovators in music and fashion, Bushwick knows how to cultivate a vibe. The look is an androgynous update on urban bohemian. To cop the Bushwick look, explore gender-fluid tunics, unexpected color-blocking and loads of accessories. Tailoring is unfinished, like a satin bomber jacket with asymmetrical sleeves. Anything DIY or repurposed scores a win here. 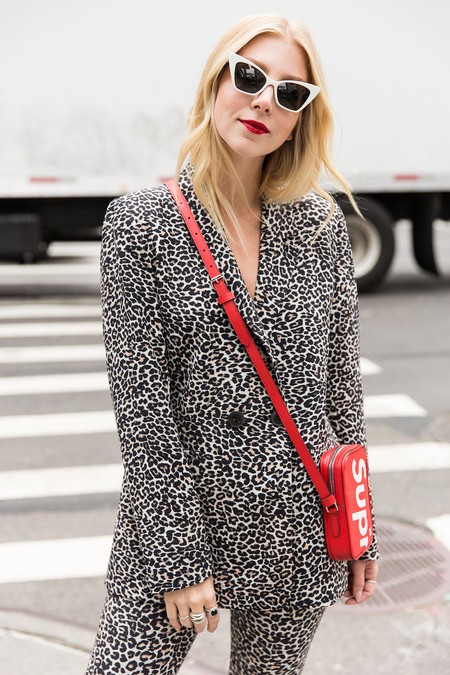 The quintessential SoHo style walks the line between posh and punk, street and haute, but most of all is obsessed with trends. Think a Chanel tweed jacket paired with skinny jeans, suede mules and a Supreme bum bag. 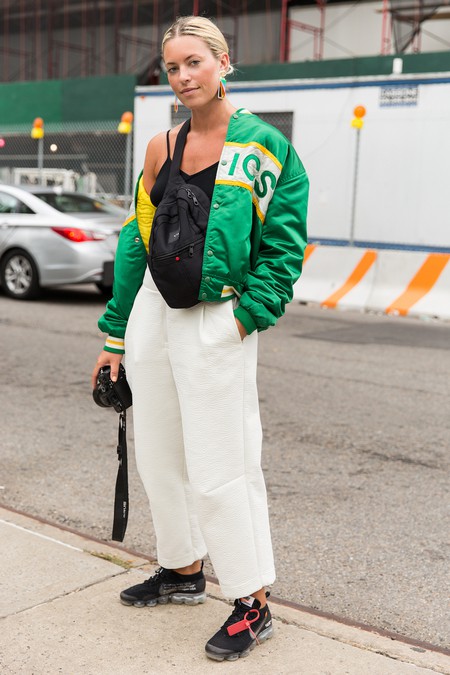 Dumbo, a riverfront neighborhood that used to be known for artist’s lofts and tech start-ups, has undergone a major renovation and is now home to pricey apartments, fine dining and a couple of members-only social clubs. The old mixes with the new so much that, when it comes to style, anything goes in this neighborhood. The look combines athleisure with the latest from emerging designers to communicate effortless chic. Achieve the look with boyfriend jeans paired with vintage cashmere and Balenciaga trainers. 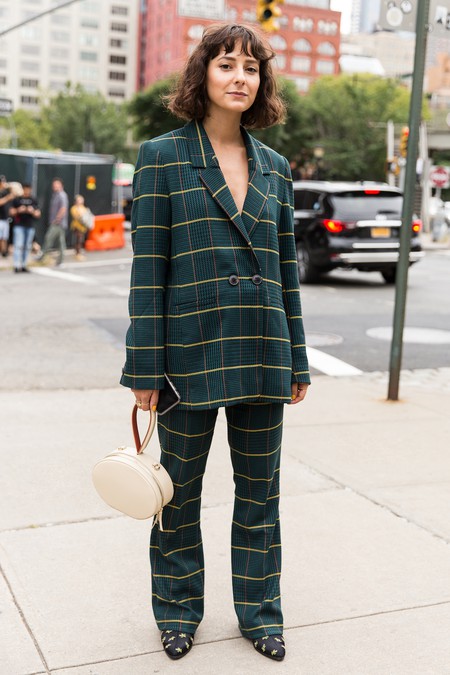 The women of Wall Street work hard and play harder, and the result is a new wave of power dressing that takes no prisoners. This look is all about owning your style, whether that’s a pair of killer heels paired with a crisp blazer or animal print paired with Gucci slides. Stylish business casual that’s not afraid to go big with one statement piece delivers the look flawlessly. 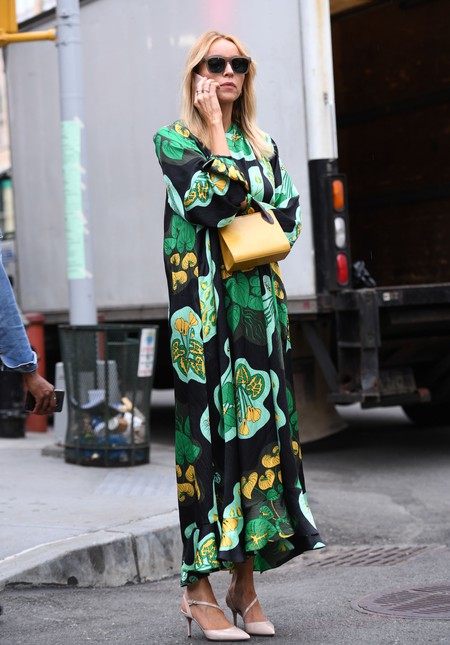 What do a hippie, a yuppie and a rock star have in common? The Village. Home to 18th-century townhouses, gourmet frozen yogurt and legendary jazz clubs, the Village epitomizes a downtown lifestyle that embraces joie de vivre. The look is cozy, urbane, eclectic. Try an embroidered maxidress, chunky cardigan paired with clogs and distressed denim jacket and Lucite jewelry.