How Mood Boards Tap Into the Unconscious 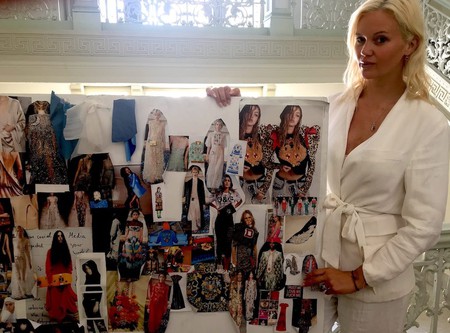 Lindsay Jones, head designer of New York label Músed, explains how mood boards help to create a dialog between clothing, the psyche and the collective unconscious.

“I never skip this step,” Lindsay Jones says about the mood boarding process. Jones, whose Músed label has been hailed as a “house to watch” by WWD and The New York Times, says, “Overthinking ideas can make them smaller.”

The designer points out the limitations of cerebral vision when it comes to the arts. “A mood board is necessary to dig into the unconscious. At the same time, you’re making your ideas tangible without diminishing them.” The paradox of the mood board is that the more specific you are with your vision, the more universal it will seem in its parlance. Take note: the mood board is much more than a collage. 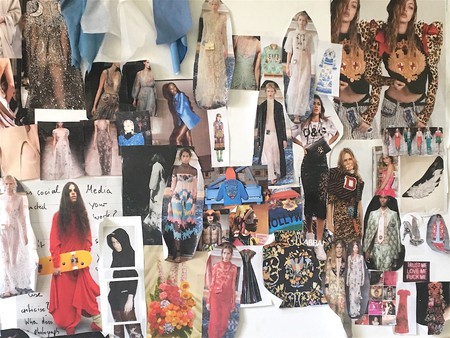 The first step in creating a mood board, says Jones, is to “pull everything that speaks to [you] and put photos in folders.” She doesn’t limit herself to fashion magazines, but rather seeks inspiration from a variety of visual media.

Zeitgeist also plays a role in what will end up on her mood board, as a culture grapples with common themes in the collective unconscious at a specific time. “In art and fashion you find the most honest reflection of zeitgeist,” Jones explains. “Because [artists and designers] know how to put a mask on the things you aren’t allowed to say.” Or, perhaps, because fashion speaks a visual language that’s direct, immediate and based upon perception, it can express what language can’t.

Right now, themes that Jones sees culture negotiating include the democratization of both the internet and fashion via Instagram, the rise of streetwear, the #MeToo movement, body positivity, ’90s nostalgia and the prominence of youth culture. “What’s on everyone’s mind? Matriarchy. Virgil [Abloh], Kim, Kanye – people are sick of seeing cookie-cutter models representing the people.” 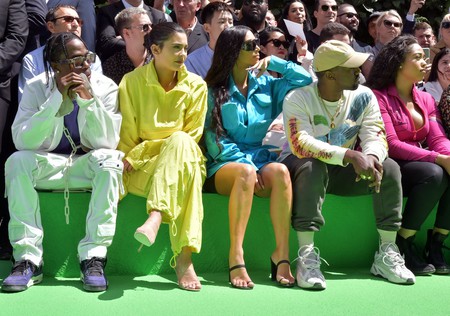 Beyond the political, the personal also factors into unconscious desire and creating a mood board that can progress artistic vision. Jones notes that the mood board is reflective of her psyche. Explaining an image on the mood board, she references her childhood. “I was a tomboy and feel a kindred spirit with Leonardo DiCaprio. That reminds me of the teen angst I felt at [a certain] time in my life.” 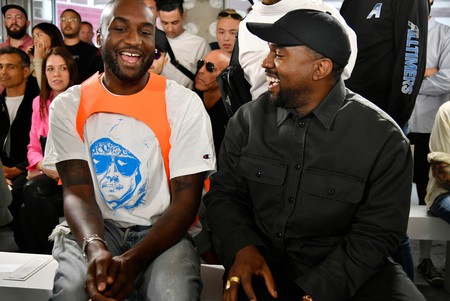 If this interplay of association and creative desire feels Freudian, it’s because it relies heavily on the the psyche, a topic Freud explored in his collection of essays titled On Creativity and the Unconscious (1925). Here, Freud posits a connection between unconscious desire and art, literature, love, dreams and spirituality.

“I definitely have multiple personalities,” says Jones. “I’ll be pulled one way – like towards romantic gowns. And then I’ll think about a contrasting idea – like something a skateboarder would wear.” 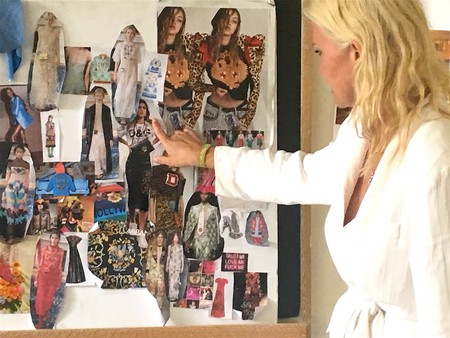 Creating a mood board with psychological layers requires the juxtaposition of contradictory ideas. “At this point, I’m not worried about a cohesive [collection] message yet,” the designer muses.

Next comes the editing process. Approaching the mood board with a set of fresh eyes helps you “edit your intuition.” Remove, add and reposition visual elements until you create a cohesive story arc. “The editing process relies on your personal honesty. You have to be honest with yourself – that’s the only limitation,” says Jones.

By adding swatches to the mood board, a designer gets an empirical sense of possibilities for the collection. “Especially when working with these fabrics [chiffon and organza], you have to know how [the fabric] is going to feel and move before you start sketching.”

With the mood board complete, Jones will put it aside and start over when she knows what she’s “trying to say with the collection.”

The second mood board helps refine ideas and grow confidence. One of the reasons to create the board is to accept the aimlessness that precedes great creative vision and to invest in the process of craft. “If your mood board feels like it lacks cohesion,” says Jones, “that just means it’s not done.”