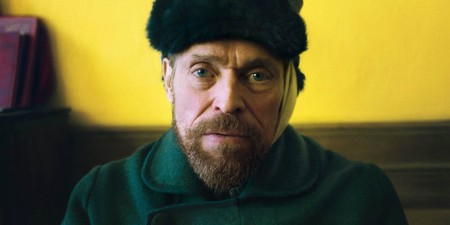 The New York Film Festival runs from September 28-October 14. Culture Trip picks out some of the the top titles.

Here’s a three-headed hydra. Yorgos Lanthimos’s elaborate comedy, set in the early 18th century, pitches Sarah Churchill, the Duchess of Marlborough (Rachel Weisz) against her cousin Abigail Hill (Emma Stone) as they bare teeth to fight for the sexual preference of Queen Anne (Olivia Colman): favoritism translating to political influence. Lanthimos (The Lobster, 2015; The Killing of a Sacred Deer, 2017) makes a lesbian love triangle of this allegedly true story more than Helen Edmundson did in her 2015 play Queen Anne. Little is known about England’s shy, sickly last Stuart monarch, whose loving letters to the Duchess cannot definitively be interpreted as romantic.

There’s more than a whiff of Courtney Love about Becky Something, the sadistic, drug-addicted musician played by Elisabeth Moss in Alex Ross Perry’s grunge rock psychodrama. Structured in five chapters by Perry, the movie gradually traces Becky’s redemption as she grows from a monstrous, self-destructive band leader to a comparatively benign veteran and an attentive mom. Moss, whose previous films include Perry’s Listen Up Philip (2014) and Queen of Earth (2015), lets rip here as never before.

‘The Ballad of Buster Scruggs’

Joel and Ethan Coen’s western is nothing like their slow, nostalgic 2010 True Grit remake. Originally intended as a Netflix series, The Ballad of Buster Scruggs is an anthology film comprising six short tales about an array of archetypal figures negotiating mortality in mythic settings. Tim Blake Nelson plays a B-western singing cowboy who is also a six-gun twirling killer, Tom Waits is a white-haired prospector, Liam Neeson plays a down-on-his-luck medicine show proprietor with an amputee sideshow and James Franco is a robber threatened more than once by the noose. Their co-stars include Zoe Kazan, Brendan Gleeson, Tyne Daly and Saul Rubinek (who once rode out west in Unforgiven, 1992).

Set in Great Falls, Montana, in 1960, Paul Dano’s directorial debut offers an adolescent boy’s perspective on his parents’ collapsing marriage. Fired from his job as a golf pro, Jerry Brinson (Jake Gyllenhaal) takes to long-term brooding, driving his wife Jeanette (Carey Mulligan) to distraction. When Jerry heads off to fight a forest fire for an indefinite time, Jeanette becomes involved with a lecherous older man (Bill Camp) – and doesn’t protect her 14-year-old son Joe (Ed Oxenbould) from her spiraling emotions. Adapted by Dano and his partner Zoe Kazan from a slim 1990 Richard Ford novel, Wildlife boasts revelatory performances from Mulligan and Australian actor Oxenbould in particular. The movie augurs well for Dano’s future as a director of compositionally uncluttered family dramas.

Pawel Pawlikowski follows Ida (2013)with another exquisitely crafted monochrome drama. On a trip in rural Poland to recruit folk singers for a Soviet propaganda troupe in 1949, jaded pianist and composer Wiktor (Tomasz Kot) meets Zula (Joanna Kulig), a magnetic young singer. Elliptically depicted, their torrid, turbulent 15-year affair transcends national borders but cannot leap over each partner’s selfishness or the era’s ruinous politics. Pawlikowski, who based the story on his parents’ unhappy marriage, burnishes the film with one of the greatest jazz soundtracks.

In isolated central Italy in the 1980s, an exploitative noblewoman employs laborers, ignorant of the outside world, as sharecroppers. Their almost Medieval existence is experienced through the eyes of an innocent, good-natured young peasant Lazzaro (Adriano Tardiolo). After an hour, director Alice Rohrwacher’s third feature spins the lad, unaged, into a modern industrial town – the magical realist sleight turning the film into a timeless parable for the class struggle. Not the least of Happy as Lazzaro’s virtues is Hélène Louvart’s luminous cinematography.

‘If Beale Street Could Talk’

Moonlight (2016) writer-director Barry Jenkins adapted his new film from James Baldwin’s penultimate novel. Shuttling backwards and forwards in time, it follows the romance of young lovers Tish (KiKi Layne) and Fonny (Stephan James), which is damned but not destroyed by a racist system: Tish is newly pregnant when Fonny is imprisoned for a crime – the rape of a Puerto Rican woman – that he did not commit. Jenkins is said to have idealized Tish and Fonny’s love, but that may work to the film’s advantage. Like its predecessor, Beale Street could prove one of this decade’s crucial African American movies.

Olivier Assayas’s light (and very funny) comedy is a disquisition on the future of the publishing industry in the digital age filtered through the intellectual sparring of two couples whose sexual morals are looser than their intellectual convictions. Juliette Binoche, Guillaume Canet, Vincent Macaigne, Nora Hamzawi and Christa Théret star in a movie that reroutes Assayas away from tense character studies like Clouds of Sils Maria (2014) and Personal Shopper (2016) and back to the talky terrain of Late August, Early September (1998).

The latest from South Korean master Lee Chang-dong (Secret Sunshine, 2007; Poetry, 2010) is an enigmatic romantic triangle thriller that questions young people’s motivations and their search for meaning. Delivery boy and aspiring writer Jong-su (Yoo Ah-in) is seduced by pantomime student Hae-mi (Jeon Jong-seo), falling in love with her on the eve of her departure for Africa. When she returns, she brings with her a mysterious South Korean rich guy (Steven Yeun), whose avowed hobby is burning down greenhouses and who treats Hae-mi like a plaything. Then Hae-mi disappears, leaving Jong-su to fester in his sexual jealousy and sense of inferiority. The movie expands on Haruki Murakami’s 1983 short story ‘Barn Burning.’

In Claire Denis’s first English-language film, Robert Pattinson, Juliette Binoche, André Benjamin, Mia Goth and Lars Eidinger play death row inmates on a space mission to harness the energy of black holes; their reward being commuted sentences they’ll never live to enjoy. Denis takes a leaf out of David Cronenberg’s book, not just by casting Pattinson, but in her personal exploration of body horror. Pattinson’s character is celibate; Binoche’s is both a rapist and a harvester of semen. High Life uses its science-fiction setting – visually influenced by Alien (1979) and Solaris (1972) – to make a biological-cum-procreative inquiry into the nature of human existence. It’s Denis’s weirdest and most graphic picture yet. 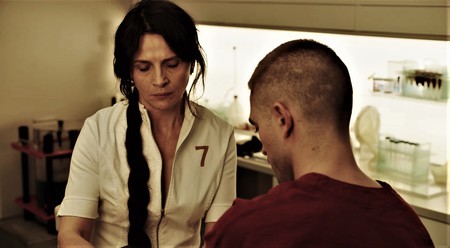 Juliet Binoche and Robert Pattinson in "High Life" | © A24

Frederick Wiseman, veteran chronicler of American institutions, has previously made films about Jackson Heights, New York, and Belfast, Maine. The population of the community he turns his cool, objective eye to in his latest documentary numbered 1,063 in 2017. The year before, 76 percent of its electorate voted for Donald Trump for president. Life moves slowly in Monrovia – its ageing townsfolk wouldn’t have it any other way – and Wiseman picks up on its ambulatory rhythms by showing life as it is experienced in a diner, a hair salon, a pizza parlor, at a farm machinery auction, a Freemasons’ meeting and council meetings, plus there’s a wedding and a funeral.

Having failed to conceive a baby, desperate Rachel (Kathryn Hahn) and Richard (Paul Giamatti), married writers in the East Village, try everything else to make their parental dreams come true. When in vitro fails them, they turn to the idea of an egg donor: enter fertile step-niece Sadie (Kayli Carter) – quickly followed by her parents (Molly Shannon, John Carroll Lynch), who have different opinions about the whole thing. Writer-director Tamara Jenkins, who last directed The Savages (2007), brings a tender, compassionate eye to this New York City comedy.

Masterful chronicler of millennial change in his native China, Jia Zhang-ke has fashioned a gangster melodrama that transcends its genre origins to become a meditation on the national future. In a dying mining town in 2001, Qiao (played by the director’s wife and muse Tao Zhao) takes the rap for a gang battle involving her over-promoted hoodlum boyfriend. After she has served a five-year prison sentence, she determines to win him back from his new girl. Tracking him down elicits talent for trickery in Qiao as she negotiates China’s new Capitalist reality.

Details about tickets for the 2018 New York Film Festival (September 28-October 14) can be found here.