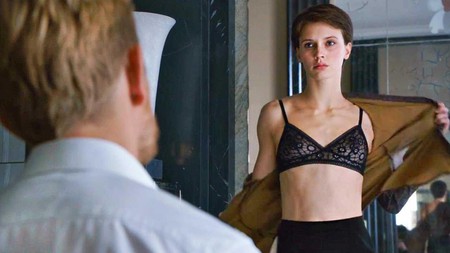 “Influenced by Vertigo” is becoming one of the most overused phrases in movie criticism. François Ozon’s Double Lover, a sexy and beguiling psychological conundrum, is the latest thriller to bear the stamp of Alfred Hitchcock’s 1958 masterpiece. 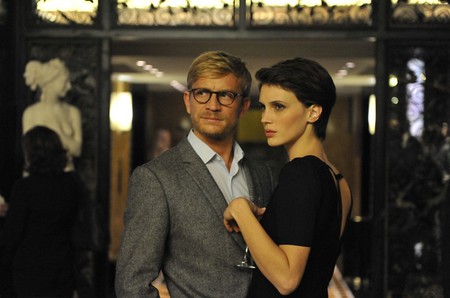 That doesn’t mean Double Lover stresses the allure of the not-quite-hunky Jérémie Renier over that of the film’s star Marine Vacth. Ozon and cinematographer Manuel Dacosse gaze upon the sinuous Vacth, who is mostly naked during the film’s copious sex scenes.

The camera also twice presents her character’s labia and ventures into her vaginal canal. These images are scientific rather than pornographic, but they aren’t strictly necessary despite the film’s play with a biological theme. To Vacth’s credit, she transcends this anatomical attention by giving a mesmerizing portrayal of a neurotic woman.

Chloé on the couch

Renier plays the estranged twins, Paul Meyer and Louis Delord. Paul is kind, passive, and romantic; Louis is vicious and exploitative—and a ravisher of women. Both are psychoanalysts who successively treat and sleep with Vacth’s emotionally fragile Chloé Fortin—David Cronenberg’s 1988 Dead Ringers is clearly in Double Lovers’ DNA.

This set-up is patently absurd, but it guarantees an explosive denouement. Or maybe it will turn out that Paul and Louis are one and the same, like the Kim Novak characters in Vertigo? 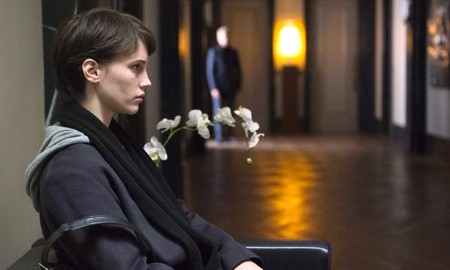 Troubled with psychosomatic stomach pains, Chloé first starts seeing Paul. They fall in love, cease their professional relationship, and move in together, along with Chloé’s beloved and nomadic cat, too evidently a child substitute. When Chloé learns of Louis’ existence, she cannot resist becoming his analysand. He verbally abuses her; they start an affair based on animalistic sex.

Whereas Chloé is submissive with Louis, she dominates Paul sexually, as Vacth’s adventurous teenage prostitute Isabelle dominated her clients and lovers in Ozon’s Young & Beautiful (2013).

In one of her fantasies, Chloé has sex with both lovers at once, transforming herself into a two-headed hydra so she can accommodate them. The movie just stops short of having this beautiful creature kiss herself, but Paul and Louis—the two Jérémie Reniers—do kiss in Chloé’s mind’s eye.

It’s rare for a male director to detail female sexual fantasies so enthusiastically, but Ozon—whose films include Under the Sand (2000), 8 Women (2002), Swimming Pool (2003), and The New Girlfriend (2014)—has always been empathetic when it comes to women’s interior lives. 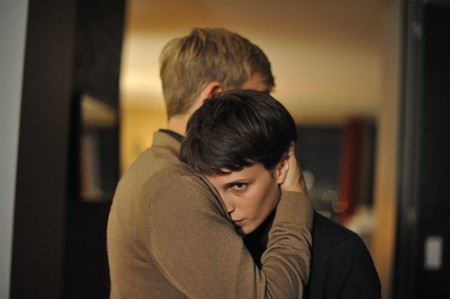 Ozon addresses the duality of human nature here: the good and evil that is in everyone. That Louis is Mr. Hyde to Paul’s Dr. Jekyll offers a clue to the psychic realm in which the film unfolds. Its reality is no more trustworthy than the reality of Swimming Pool.

The nifty ending, which snaps into place unexpectedly and involves an anxious mother affectingly played by Jacqueline Bisset, might remind some viewers of the ending of D.M. Thomas’s psychoanalytic novel The White Hotel.