Get Your Shine On at Whatever 21: NYFW SS18 Trend Report 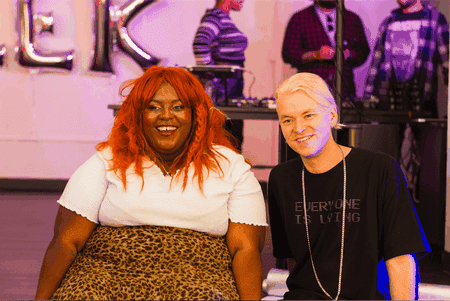 “A 2000s Paris Hilton and Dirrty-era Xtina were featured prominently on my SS18 mood board,” says Brian Whatever of Whatever 21, named an emerging talent to watch by NYLON. He describes his collection, which channels a Cardi B vibe—if she were to collaborate with Missy Elliot—as everything you need to “get your shine on.” 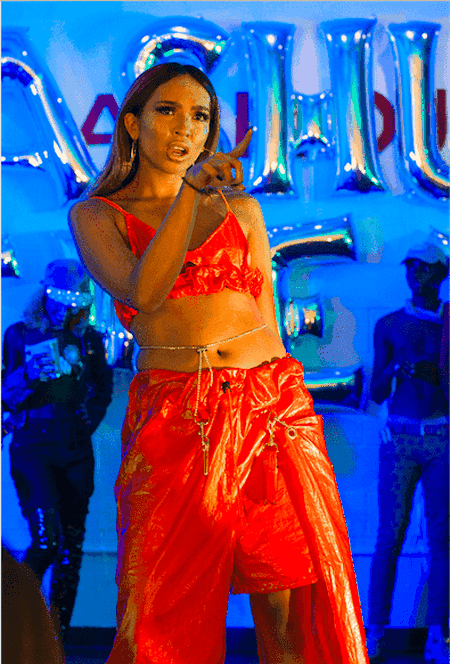 Indeed, the unisex, nightlife line features bralettes and crop tops in bold colors like orange and gold. Bottoms are reminiscent of early New York rave days, when kids went to The Shelter. However, the tailoring is updated, and calls to mind some of the silhouettes Shayne Oliver did for Helmut Lang. 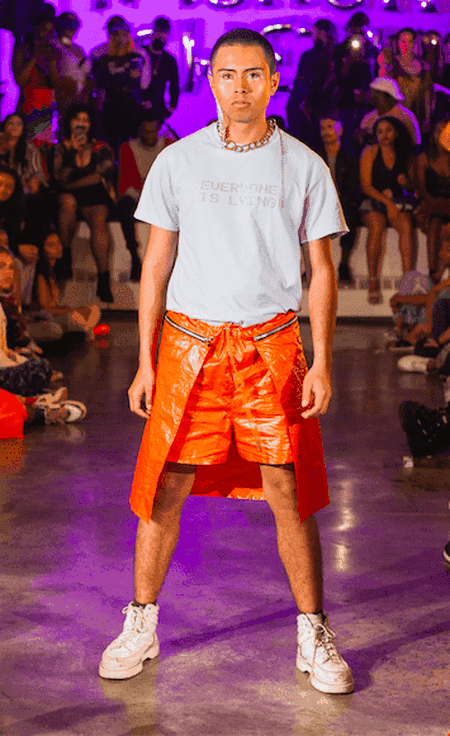 Of the collection Whatever says, “It’s influenced by early 2000s icons as well as construction and safety workwear. Digital camouflage and oversized pants are contrasted with silky satins and rhinestone crystals. The bejeweled looks were accentuated even more by the jewelry of my frequent collaborator Cecily Feitel’s GHOST MODERN accessories.”

The show itself took place as part of Fashun Tweek, an annual event present by Phil Gomez aka StyledByPhil, and was presented by Bullett Magazine at Arrojo Cosmetology School in Tribeca. Whatever 21 was part of a collective of eight designers who showed new work. Music influenced the vibe, which made the show more of a party than a runway event, with Brooke Candy and Zuri Marley DJ-ing. R&B singer and model, Infinite Coles, (pictured below) also walked. 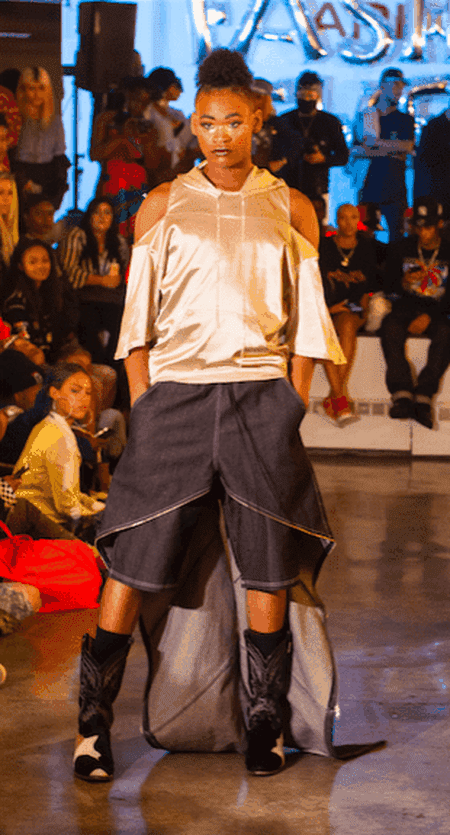 “The soundtrack was created specifically for this event by my good friend So Drove [who works with] La Chat, Kreayshawn, TT the Artist and Cupcakke.” Performances included Margie Plus and K-Rizz, who closed out the Whatever 21 runway. “She walked with me,” says Whatever, “and then just grabbed the mic to launch into her dope set.” 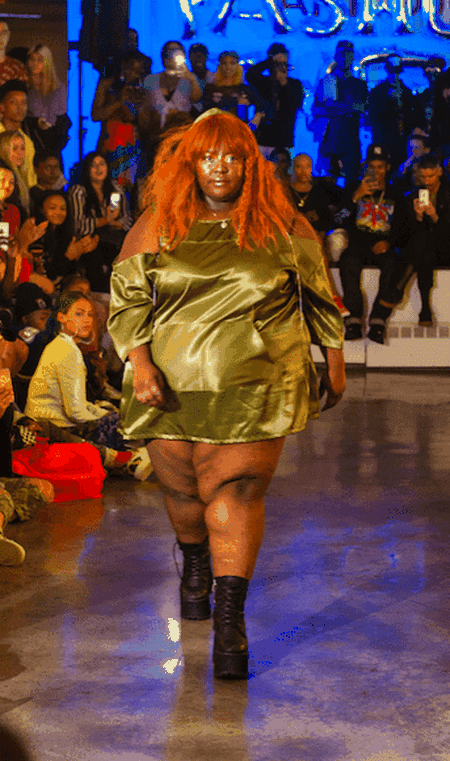 The real star of the show was 20-year-old La’Shaunae Steward. A South Carolina native, Steward was the victim of cyberbullying when people made body-shaming memes of her #OOTD (outfit of the day) posts on her Instagram. Model Reece King came to her defense via Twitter as did Thrasher Magazine, (one of Steward’s outfits included a Thrasher T-shirt). Steward quickly gained a huge following on Instagram.

Says Whatever, “We struck up a friendship over the internet and I invited her to come walk in my show. I made her a custom look and featured her prominently in the collection. She was so overwhelmed by how many fans she had in New York City, including Brooke Candy who told her how she was obsessed with her, which brought [Steward] to tears. I hope [my show] can open many many more doors for her.”

This type of peer support and collaborative inspiration shows New Yorkers at their best, and is part of what makes NYFW unlike any fashion week in the world.

Listen to So Drove’s Soundcloud for the SS18 Whatever 21 show.