For Urban Foragers, New York City Is a Treasure Chest of Trash and Weeds 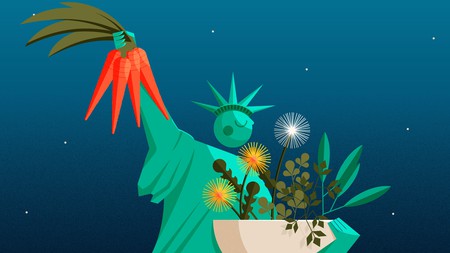 For dumpster divers and urban foragers, cities are more than just a concrete jungle; they’re vast, unexplored territories packed with valuable prizes, freely available to pluck from the dirt or snag from the trash.

There’s a growing community of foragers in New York City. Some are urban foragers – people who identify, gather and eat wild edible plants and mushrooms in an urban environment, often pulled from backyards, community gardens and city parks. Others are dumpster divers, men and women of the night who rummage through the abandoned trash from grocery stores and bakeries left on street corners. For them, the city streets are an untouched frontier, quietly waiting to be explored. 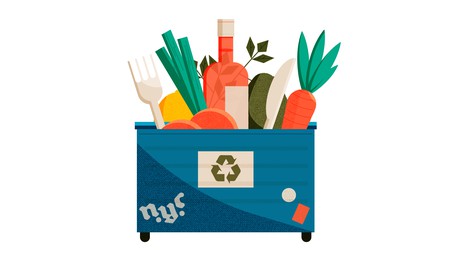 Dumpster divers don’t mind getting their hands a little dirty

On a cool spring evening, I snap plastic gloves over my hands and squat before an enormous pile of black trash bags perched on a sleepy corner of Park Slope, Brooklyn. My friend and I slowly unravel the tight knots and delicately reach our hands into the darkness, pulling out unopened boxes of frisée, slightly smushed avocados, sealed bags of coffee beans and pounds of ricotta cheese that have yet to reach their sell-by date.

For some, this form of urban foraging – sometimes referred to as dumpster diving or food rescue missions by self-proclaimed food reclamation specialists – is a nightly routine. It’s a conscious effort to thwart excessive food waste as well as an economical endeavor: Why pay for groceries when you can find them for free?

As we crouch on the sidewalk, a stranger approaches us and politely asks if she can join our search. Her name is Sophia, and she’s a twentysomething graduate student who’s quite familiar with this corner – after all, Union Market is known for high-quality produce and expensive oils and vinegars.

“I’ve always had this personality where I’ve really hated waste,” Sophia says as she pulls a pail of Hale & Hearty soup out of a newly opened bag. She reveals she hasn’t purchased groceries since she started dumpster diving six months ago. Instead, she frequents the trash plopped outside New York City stores, pillaging for surplus food that otherwise would have been wasted. “No one talks about surplus food. There’s this really unhealthy consumer culture around how we value food. If we were a society that valued ethics, then we wouldn’t be here doing this.”

In the United States alone, nearly 50 percent of produce is thrown away, according to a Guardian report. That’s 60 million tons of food (worth $160 billion) that’s tossed – some of it merely a few days away from its expiration date, other bits faultlessly misshapen – and left on street corners, like the fruitful one we’ve stumbled upon.

At the end of the night, we’ve come away with hundreds of dollars’ worth of coffee beans. We find a case with 11 bottles of olive oil that were thrown away simply because the twelfth had broken. We pull out cartons of eggs, cured sausages, boxes of jelly beans and sacks of celery (one man digging alongside us quickly grabs it because he has a penchant for celery juice).

“I don’t mean to sound dramatic,” Sophia says, “but what needs to happen is a food revolution. It’s not hard to recognize that the system is inefficient.”

Dumpster diving certainly isn’t for everyone. You have to be OK with the funky smells and liquids, and the fact that you’re literally rummaging through trash. But for those who do, there’s a certain adrenaline rush – the thrill of discovering discarded riches that you’ve rescued and reused. 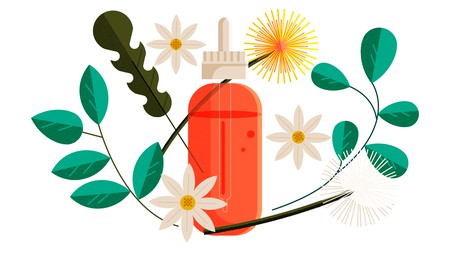 Humans have always foraged, but modern city dwellers take the practice to the streets

It should come as no surprise that modern humans have developed a taste for foraging. After all, we started as hunter-gatherers, searching for plants to sustain us. These days, it’s a little more regulated than what our ancestors did. Enter Leda Meredith, a certified ethnobotanist (ethnobotany is the study of a place’s plants and their uses) who forages in New York City. She’s been doing it ever since her grandmother introduced her to the art in San Francisco’s Golden Gate Park, yanking out plants and mushrooms that are not intentionally planted – otherwise known as weeds.

Meredith offers a number of urban-foraging classes during which she walks foragers through the Brooklyn Botanical Garden, pointing out safe-to-eat edibles. She welcomes a fascinating range of people to her classes, some experienced, others novices: “The people who come vary from survivalists wanting to know how to survive off the land if Armageddon comes to restaurant chefs looking for gourmet ingredients they can’t buy at any store to people looking to save money,” Meredith explains.

For Meredith and her students, urban foraging ultimately transforms their typical understanding of a city. Times Square morphs from a tourist destination into a wealth of greenery – you no longer register the verdant landscape as trees and weeds but as artemisia plants and burdock roots – plants you can freely pluck and take home to cook. Although in most city parks, including Central Park, harvesting plants is illegal and could result in a fine, foraging is still widely practiced, especially in community gardens or people’s own backyards.

Depending on the season, New York’s parks and community gardens blossom with magnolia buds (beloved for their spiciness), redbud flowers that taste just like snow beans, oyster mushrooms, dandelion greens, wineberries and black walnuts. Meredith maintains that foraging contributes positively to the environment; trained foragers can help the soil and surrounding plants just by understanding what – and what not – to pull out of the ground.

“I know which plants are invasive species [and] that I’m actually doing a good deed by taking them out,” Meredith says. “I have seen [that] the environments trained foragers collect from actually thrive more than if they’re just left alone.” 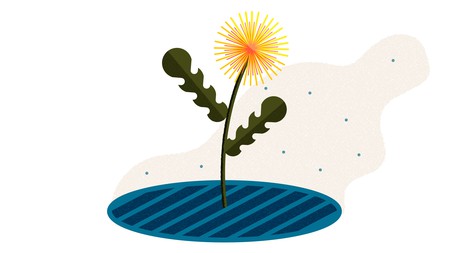 Between the weeds sprouting in Prospect Park and the loaves of bread sealed in trash bags, New York City is rife with unnoticed riches – all free for the taking. At the end of our dumpster-diving night, we gather our bounty in reusable bags and wax poetic about what we’ll transform our newfound ingredients into – ricotta quiche, clementine jam, olive oil cake. Sophia, meanwhile, has somehow acquired a spoon and is shoveling ricotta cheese into her mouth. She shrugs at us, unperturbed, explaining that this is hardly the first time she’s eaten directly out of the garbage.

“I don’t want to even call it garbage because it’s really not,” she says. “It’s just this social construct people have developed, that this is bad. I wish more people did it because there’s plenty for everybody.”