For Some Guantánamo Bay Prisoners, Art Is the Only Freedom 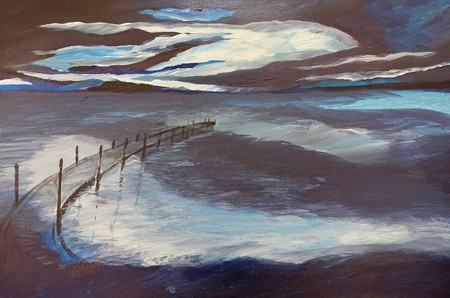 At John Jay College of Criminal Justice, over 30 artworks by Guantánamo Bay detainees are currently on display. Ode to the Sea: Art from Guantánamo Bay is a powerful new exhibition showcasing never-before-seen inmate depictions of the unattainable water that surrounds them, eerily juxtaposing freedom with captivity.

Eight current and former inmates at Guantánamo Bay have been given a rare platform of free expression in New York. 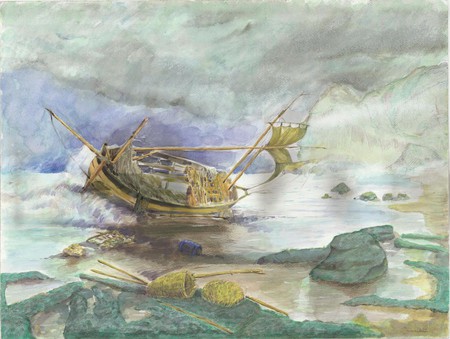 Housed within The President’s Gallery at John Jay College of Criminal Justice is a new exhibition of 30 paintings, works on paper, and “three-dimensional works crafted from the few materials permitted to detainees, including model ships made from parts of shirts, prayer caps, razors, and mops,” according to John Jay’s website, all portraying a theme typically associated with boundlessness.

In the exhibition’s catalogue, former detainee Mansoor Adayfi writes that the sea was chosen as the show’s central theme because it “means freedom that no one can control or own, freedom for everyone.” This “freedom” is contextualized by the reality of the artists’ prolonged detainment without trial. 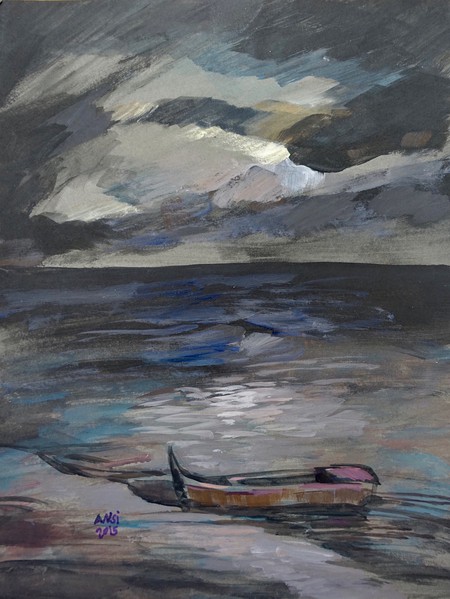 At Guantánamo Bay, inmates are positioned near the sea with tarps concealing their coastal surroundings. For only four days in 2014, the veil was lifted in anticipation of a hurricane. “All of those who could draw made drawings about the sea,” Adayfi remembers.

Only two artworks included in the exhibition have been seen before. The majority have been handed over by the inmates’ attorneys and thoroughly processed, scanned, and analyzed for hidden messages. “A stamp reading ‘Approved by US Forces’ signals that the works have been cleared, and its ink often bleeds through to the image on the other side, a ghostly mix of art and authority,” John Jay’s website explains. 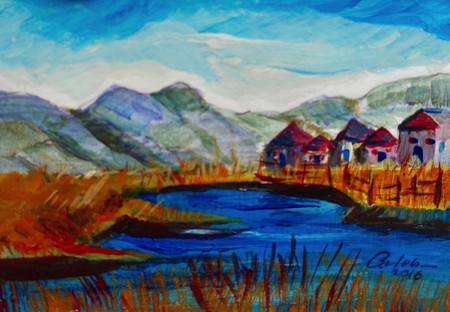 “When I start an artwork, I forget I am in prison,” Yemeni national Moath Al-Alwi told his lawyer, according to The Guardian. “Despite being in prison, I try as much as I can to get my soul out of prison. I live a different life when I am making art.”

Ode to the Sea: Art from Guantánamo Bay will remain on view at The President’s Gallery, John Jay College of Criminal Justice, 524 W 59th Street, New York, NY 10019 until January 26, 2018. A symposium and reception will be held on Monday, October 16 from 6pm until 8:30pm.