A band with great production and a lead singer with killer pipes is hard to come by. Today’s mainstream acts are sometimes lacking, and when truly great music is not broadcast as much as it should be, such criteria can be difficult to find. But a recent change in today’s music is a step in the right direction: female-fronted bands are back! In celebration, here are five of our favorite female-fronted bands.

A play on the Mormon polygamy term ‘sister wives,’ the six member NYC-based band is headed by lead vocalist Mandy Lee. With influences like No Doubt, Janis Joplin, and Kate Bush, Misterwives has gained a reputation for turning out meaningful pop music with elements of folk, ska and old-school soul. Still a young band, Misterwives has seen a consistent upswing in their success. After one year officially together, the group signed with Photo Finish Records, releasing their first EP shortly after. Their debut album ‘Imagination Infatuation’ came out earlier this summer and expertly displayed their unique combination of dance and indie pop, paired with Lee’s tireless vocals. 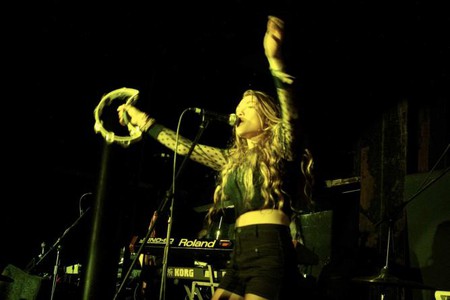 Chloe Chaidez heads the five-member alternative band KITTEN. Essentially an ode to 1980s synthpop and new wave, KITTEN first enchanted listeners with their debut EP ‘Cut It Out’ in 2012, followed by their second EP ‘Like a Stranger’ released October of the following year. KITTEN continues to gain followers through their ability to turn out simple, yet emotionally evocative lyrics powered by amazing vocals and a brilliantly vintage production style. Their unique layering of breathy wails with 1980s drum-machine rim beats and guitar riffs have been met with rave reviews, as seen in the success of their self-titled debut album released last summer.

London Grammar may seem like just another indie pop band among today’s numerous others, but their unique style and intelligently written lyrics demand attention. The trio has created a simple, classical sound with ambient, trip hop accents that pair flawlessly with Hannah Reid’s sweeping operatic vocals. With Dan Rothman on guitar and Dominic ‘Dot’ Major on keyboard, djembe, and drums, the group has seen continued success since their conception. Following the online release of their single ‘Hey Now,’ they gained an instant following. After the success of their debut EP ‘Metal & Dust,’ they began playing sold-out shows, setting the stage for their extremely popular debut album ‘If You Wait.’ 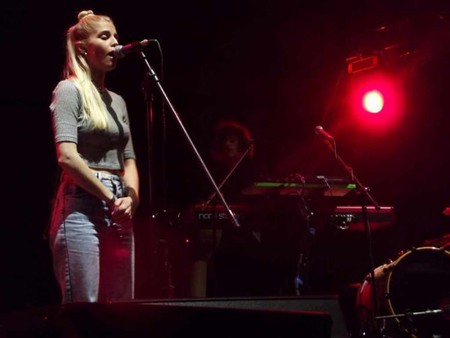 Often compared to Florence and the Machine and Lana Del Rey, MS MR is headed by vocalist Lizzy Plapinger and accompanied by producer Max Hershenow. The New York-based duo present a unique combination of alt rock and dream pop with dark wave roots. Their whimsical melodies and vintage sound are only eclipsed by their own well-crafted lyrics. Plapinger first debuted his soaring, deep vocals in the ‘Candy Bar Creep’ EP released in Fall 2012. The dreamy anthem ‘Bones’ found instant success as a trailer theme for HBO’s Game of Thrones. They released their debut album ‘Secondhand Rapture’ in the spring of 2013 and continued to produce quality alternative rock in their follow up album ‘How Does It Feel,’ released earlier this summer. 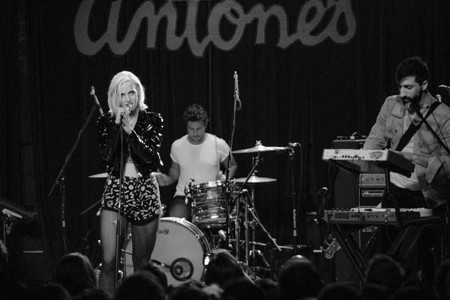 The east London-based duo Tyson Mcvey and Shaun Savage make up the Electro-R&B group PANES. Their unique style is nformed by their London roots – a little moody in tone and rife with an overall longing that Mcvey confidently presents. Daughter of the highly talented Neneh Cherry, Mcvey’s sultry vocals provide a classic, soulful sound to the simple, soundscape style of the duo. Savage describes the simplicity of the production as ‘nostalgia for the club,’ reminiscent of the end of a long night out. With soothing yet commanding vocals, Mcvey adds a quiet fierceness to that nostalgia.
By Chloe Miller-Bess