Most New Yorkers are rightfully proud of the city’s diversity, but melting pots habitually brew tribalism and conflict. Even though the films on this list show the city’s multicultural richness, they reveal the struggles people face in trying to get along – whether with their own kind or with different groups – while trying to better themselves, usually in economically disadvantageous situations.

In the simmering heat of a summer afternoon in Bedford-Stuyvesant, Brooklyn, the refusal of Italian-American pizzeria owner Sal (Danny Aiello) to add photographs of blacks to his ‘Wall of Fame’ sparks a race riot, during which a young black man, Radio Raheem (Bill Nunn), is killed by police. Spike Lee’s fraught depiction of multicultural antagonism made for one of the greatest American films of the pre-millennial era; the tragedy is that it remains timely. It was inspired by the killing of Michael Stewart in Manhattan in 1983, and was echoed in the killing of Eric Garner in Staten Island in 2014, though it’s likely to be evoked whenever an African American dies in police custody. At least Do the Right Thing ends with a symbolic rapprochement between Sal and his black delivery boy, Mookie (Lee). 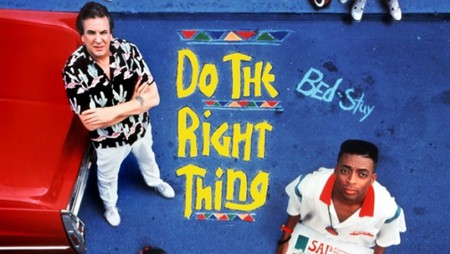 When a white middle-class actor Brian (Greg Kinnear) and his wife Kathy (Jennifer Ehle) move into a Brooklyn building they’ve inherited, they drive up the rent of the dress shop on the ground floor, forcing its South American proprietor Leonor (Paulina García) out of business. The story is seen from the perspective of the white couple’s sensitive son, 13-year-old Jake (Theo Taplitz), whose close friendship with the storekeeper’s gregarious son, Tony (Michael Barbieri), is sabotaged by the parents’ acrimonious dispute. Though writer-director Ira Sachs took an even-handed approach to his expertly made drama, it’s impossible not to feel anger on behalf of an immigrant woman treated callously by an entitled family. 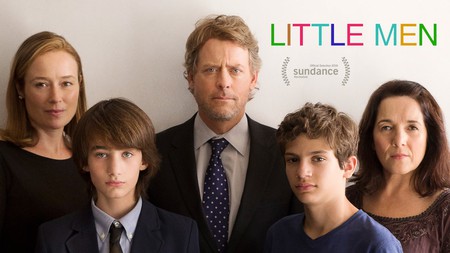 In Joan Micklin Silver’s subtle romantic comedy, a Jewish woman, Isabelle (Amy Irving), finds that the joke-telling “pickle man” Sam (Peter Riegert) is a more suitable partner for her than the duplicitous European author Anton (Jeroen Krabbé). What made Crossing Delancey so refreshing in its view of the Jewish dating experience in Manhattan was that it put the emphasis on class snobbery and intellectual upward mobility rather than ethnicity. Isabelle gravitates to Sam because he is a better man than Anton. He just happens to be Jewish. 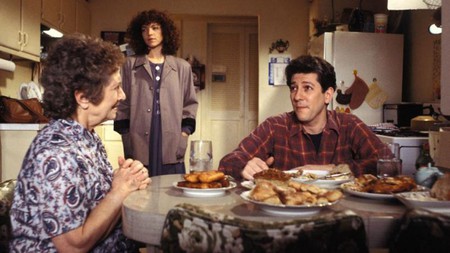 Fresh off the boat from Ireland in 1950 and determined to prosper, Eilis (Saoirse Ronan) falls in love with a sweet-natured Italian-American plumber (Emory Cohen). Their relationship is tested when she makes a trip back to the old country and is courted by an eligible compatriot (Domhnall Gleeson). A more refined evocation of Irish immigrant life than In America (2002), John Crowley’s film rejects the parochial narrow-mindedness of the old world as it embraces the egalitarianism of the new. 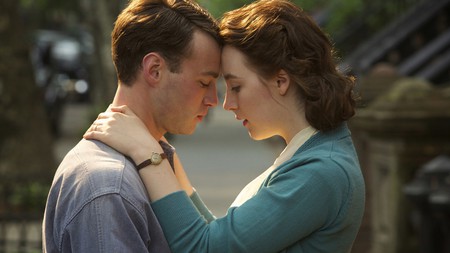 Set in the Russian-Jewish community of Brighton Beach, Brooklyn, James Gray’s first film is a crime thriller about a hitman (Tim Roth) excommunicated by the Mob and disowned by his father, but desperate to protect his younger brother (Edward Furlong) from paternal abuse and to reconnect with his dying mother (Vanessa Redgrave). Reminiscent of a Western, Little Odessa is a bleak but effective parable about the corruption of the American dream. 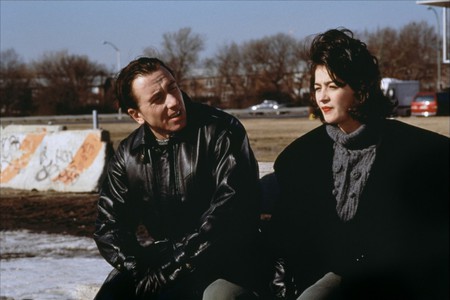 Four young guys from the South Bronx – two Puerto Rican and two African-American – head into the city for a night of carousing and womanizing that gradually lays bare the fragility of their friendship, and also indicates who among them will make something of themselves in life and who won’t. Joseph B. Vasquez’s vibrant comedy-drama is underpinned by the realization that the lives of men raised in immigrant communities are automatically circumscribed, and that it takes enormous will to overcome the odds. John Leguizamo was especially strong here as an uncharacteristically naive Latino who learns that he must break away from his homies. 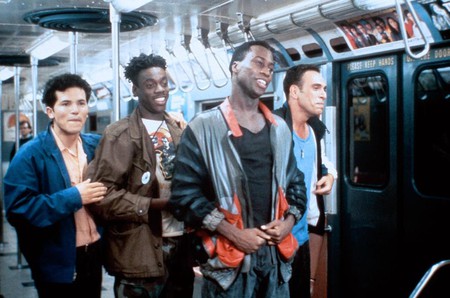 John Leguizamo, Doug E. Doug, Mario Joyner. and Nestor Serrano in ‘Hangin’ With the Homeboys’ | © New Line
Give us feedback