Spike Lee has blazed a unique trail through American cinema over the past few decades, creating a diverse body of work which records the African-American experience in a way that no other filmmaker has dared. Lee’s films range from incendiary political polemics, to screwball comedies and violent crime thrillers, all of which are stamped with his own particular auteur brand. Check out our selection of the best Spike Lee movies.

The film that saw Lee’s early talent come to fruition, She’s Gotta Have It is considered a classic of the independent cinema scene, which reached a pinnacle in New York in the mid-1980s. Lee’s film, which was shot in 15 days on a budget of $175,000, depicted the complicated love affairs of Nola Darling (played by Tracy Camila Johns), who rejects the social expectation of female monogamy and male polygamy in sexual relations. She has three suitors, all of which she keeps on tenterhooks as she plays them off against each other. This vision of female sexuality was pioneering for the time and attracted criticism from many corners. It was also an early sign of Lee’s ability to subvert conventional depictions of African-Americans and to create a cinematic space in which black characters were not stereotyped.

Lee’s break out feature was an instant classic and still remains a potent portrayal of race relations over 20 years after its release. It was produced, written and directed by Lee, who alongside these responsibilities played Mookie, one of the extensive cast of characters who make up the neighborhood of Bedford–Stuyvesant, Brooklyn. The movie depicts a Brooklyn heat wave, during which nerves are flared and the city rests on a knife edge. The drama centers around Sal’s pizzeria, where Mookie works, and an attempt to get Sal to place some African-American celebrities on his wall of fame. This seemingly innocuous conflict spirals out of control and becomes a riot, in which the interracial friendship between Mookie and Sal is tested to the limit. The movie reflected the feeling of oppression and the discrimination experienced by the black community in the late 1980s and early 90s, in turn questioning what was the ‘right thing’ to do in response to such prejudice. Is it best to respond with violence or with conciliation?

One of Lee’s most powerful interrogations of race relations, Jungle Fever depicts an interracial affair and its repercussions on the very different communities of the couple at the center of the film. The relationship between successful businessman Flipper Purify (played by Wesley Snipes) and his new secretary Angie Tucci (Annabella Sciorra) is revealed to have complex recriminations for everyone involved as the issue of race interacts with issues of class, gender and social tensions for the families of the adulterous couple. The film is notable for Samuel L. Jackson’s performance as Flipper’s crack headed brother, in what many consider his break out role.

Lee’s most epic film to date, was devoted to life of civil rights leader Malcolm X, and saw Denzel Washington deliver an incendiary performance in the title role. The film takes in the rich canopy of Malcolm X’s life, from his criminal activities, his conversion to Islam and his political philosophy, which put him at odds with many in the civil rights movement. It is an all-encompassing cinematic achievement which uses the story of Malcolm X’s life and death to dissect the institutionalized racism within the United States, and to offer an excoriating attack on the persistence of that racism. This richly layered film is not a hagiography of X however, and reveals him to be a multi-layered character, who nevertheless attempted to overcome his deeper flaws in the service of the civil rights movement.

Whilst Malcolm X saw Lee take on a film of epic scope and scale, Crooklyn was a return to the Brooklyn neighborhood where he grew up, and which he had documented so perspicaciously in his earlier films. It is a semi-autobiographical take on New York in the 1970s, which was actually co-written with Lee’s siblings Cinque Lee and Joie Lee. The film depicts a dysfunctional family in which the father Woody Carmichael (Delroy Lindo) is an out of work jazz musician and the mother Carolyn (Alfre Woodard) is a school teacher, struggling to support her husband and her five raucous kids. The film is an ode to Lee’s childhood and its coming of age story is created with real warmth and affection. The period touches are evident in every detail but are especially present in the soundtrack, in which Lee’s nostalgia for the Brooklyn of his youth reveals itself.

One of Lee’s more underrated 90s films, this intense police drama is something of a departure from the race relations films of his early career, although those issues still make an appearance in the film. It is an adaptation of the novel of the same name by Richard Price, and sees a street level drug dealer, also known as a ‘clocker’, become increasingly mired in the world of violence and intrigue which defines the gangster operation he is a part of. The inverted morality of the drug dealing world defines the film, which moves along at a relentless pace, and reveals Lee’s skill as an action director.

Summer of Sam saw Lee return to the New York of his youth, although unlike Crooklyn this is a far from affectionate take on the city in the 1970s. It focuses on the city during the Son of Sam serial killer case, when it was terrorized by an unknown murderer over the course of a relentlessly hot summer. As the killings increase, fear grips local communities, and the conflicts which were previously hidden away are rapidly exacerbated. The film focuses particularly on the Italian-American community in New York, and the way in which their sense of tradition and morality is threatened by the encroachment of violence into their lives.

Another New York chronicle which sees Lee return to the city of his youth, 25th Hour is a depiction of a drug dealer’s last day of freedom before he has to go into prison. The protagonist Monty Brogan (Edward Norton) uses this day to resurrect old friendships and to ponder what became of his life. His often tortured introspection is given added pathos in comparison to his two childhood friends, who have both gone on to successful careers as a business man and a school teacher respectively, and who have kept their distance from Brogan because of his career. Whilst he envies their more conventional success, they are also revealed to suffer from their own mental crises. It is one of Lee’s more cerebral films and in its portrayal of criminality and destitution it hides a message of hope and perseverance, which is given extra weight when the frequent allusions to the then recent tragedy of 9/11 are taken into account. 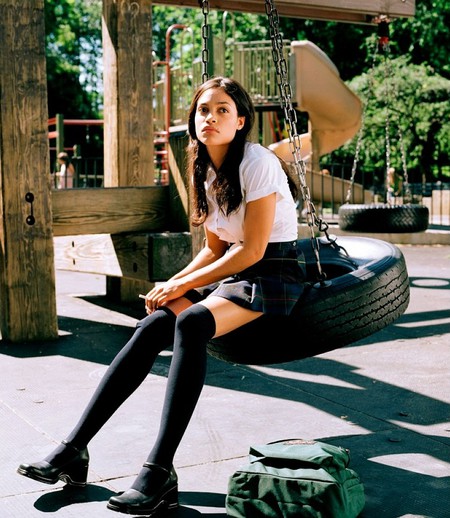 Perhaps Lee’s most political film, the documentary When the Levees Broke: A Requiem in Four Acts depicts the aftermath of the Hurricane Katrina in the city of New Orleans, and the negligence, incompetence and institutionalized racism which contributed to the devastation the hurricane caused. It is also a reflection on the cultural significance of New Orleans, its role in the development of Jazz and Blues, and the threat the devastation of the hurricane posed to the thriving culture and society within the city. This four hour long documentary, which premiered in New Orleans and was subsequently aired on HBO, is made up of news footage and still photos of the aftermath of Katrina, and includes interviews with a range of figures from the city including politicians, historians, journalists and engineers, as Lee tries to determine what actually went wrong ‘when the levees broke’.

A more straightforward action film than most of Lee’s other works, Inside Man is proof of his directorial range, as he creates a visceral and gripping heist drama. The film pits the cerebral bank robber Dalton Russell (Clive Owen) against the more traditional policing of Detective Keith Frazier (Denzel Washington) and loose cannon Madeline White (Jodie Foster). Lee demonstrates his directorial ability by creating a relentless pace and the film’s slick plot allows for the establishment of a massively convoluted and elaborate heist. Whilst not as intellectually stimulating as Lee’s previous films, this is proof that he can direct pure entertainment with the best of them, and allows him to utilize his regular cinematic motifs in a more conventional setting, where they nevertheless work to perfection. 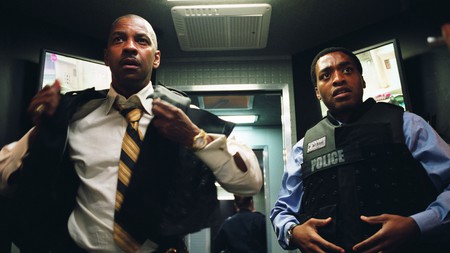