Everyone Comes for the Salteña at Bolivian Llama Party 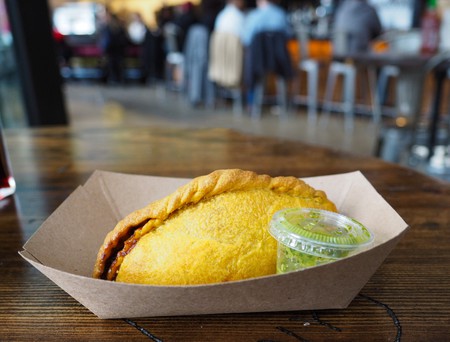 Don’t mention an empanada around the Oropeza brothers.

For Alex, Patrick, and David Oropeza, empanadas are too often compared to the salteña, the Bolivian specialty that holds the spotlight at their restaurant, Bolivian Llama Party (BLP for short). Both are golden brown mounds of dough—one crimped, the other braided—and are ubiquitous across South America (empanadas in Argentina and salteñas in Bolivia). But that’s the extent of the affinity. The brothers maintain that the salteña is much more complex.

“There’s no magical salteña machine where you just insert dough and filling and it comes out a salteña,” David says, scoffing at the ease of making empanadas. “That doesn’t exist.”

The process is anything but simple: from start to finish, it takes three days to make a single salteña. Patrick, the chef of the three brothers, spent several years learning the craft in Bolivia. 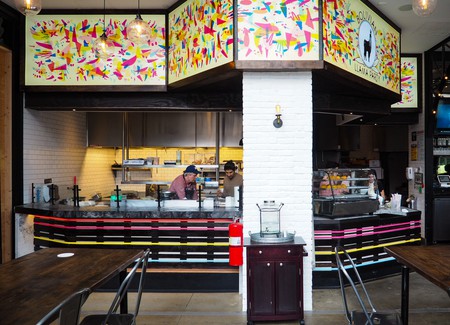 “Every part is handmade. Every part is a step. Everything requires some labor, and in that labor comes all the flavor. It tastes like someone’s mom made it,” Patrick says.

The three-day process begins with the filling—a cow foot, meat, and gelatin concoction—which is boiled for 12 to 14 hours, along with carrots, onions, celery, and aromatics. As the mixture begins to boil, someone is stationed beside the gargantuan pot, in charge of making sure all the gelatin is released. Once set, the meat-infused gelatin is sliced into squat hunks and slipped into the folds of the salteña dough—a dough that must be made in a hot environment with as little water as possible. The dough is tightly sealed (any residual air could result in leakage or explosion in the oven), a lone braid strung along the top. Trays of the swollen pastries are placed in the oven and baked; the result is a plump, crunchy exterior, encasing a hot, soupy mess inside.

“It’s kind of Bolivia’s sushi,” Patrick says. “It requires a lot of training, thinking on the fly of how to fix things. A lot of it is technical, experience-driven, and very hard to do.”

Bolivian Llama Party originated as a street stall selling hand-carbonated sodas and roasted corn slick with chili sugar and compound butter—a way to make a little extra money to fund an album David and Patrick were recording. “It was terrible the first time, but we kept going,” David remarks, laughing. They decided if they were going to keep it up, they would provide NYC with a sampling of their Bolivian ancestry.

“The first thing we do on a trip to Bolivia is eat salteñas. We dream about the next time we’re going to eat salteñas,” Alex says. “Nobody knows what salteñas are in major areas in New York. There are no places in Manhattan, no places in Brooklyn. The only places are in Queens, so it sounded like it was something we could do.” 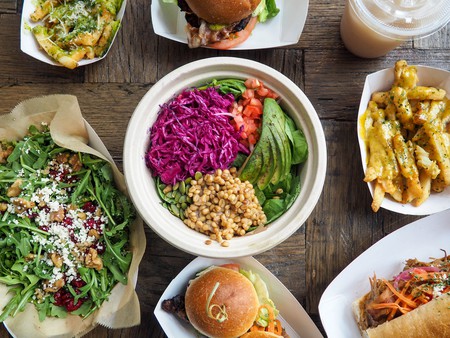 After a stint at street fairs, the brothers eventually launched at Smorgasburg market, much to the delight of New Yorkers who had never quite seen anything like the salteña. The brothers garnered a huge following: lines began spiraling from the tiny stall, and people walked away with a hot, meat-filled pastry, softly biting into the crisp dough. Fast forward a few years later when Bolivian Llama Party opened its first brick-and-mortar shop in Turnstyle, the underground food hall cushioned in the 59th Street-Columbus Circle subway station. In May, the team welcomed another location in the revamped Gotham Market at the Ashland in Fort Greene, Brooklyn.

Salteñas ring in at at $6, with the most expensive at $8. The Chimba, filled with tender chunks of chicken and bone broth, is as comforting as a bowl of chicken soup. Others bulge with strips of beef, pork belly, and double-smoked brisket. While salteñas are traditionally filled with an olive—pit included—and a hard-boiled egg, Patrick only slips in a small piece of egg. Salads, sandwiches de chola (meats topped with pickled carrots and chicha-soaked onions, bookended by two soft buns), and yuca fries crowned with cheese, are also on the menu.

“I think, for the longest time, we’re going to be one of the only Bolivian places [in New York],” Alex says. “It gives us the opportunity to translate the food through the lens where we’re not fusion or traditional—we’re just BLP.”