Eloise Moves from the Plaza to the New-York Historical Society 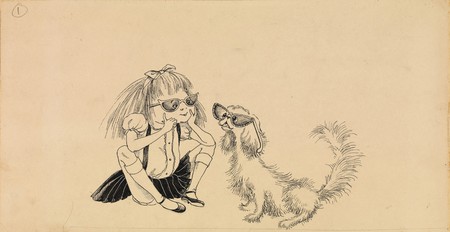 Eloise, a spirited six-year-old who found fame through a “book for precocious grown-ups,” was born from an unlikely collaboration between a cabaret star and a young illustrator. More than six decades following her public debut, the New-York Historical Society honors the fictional Plaza-dweller with her very own exhibition.

Eloise at the Museum pays tribute to a spunky New Yorker, the writer who guided her mischievous adventures, and the illustrator who drew her from puffy sleeves to knee socks, through a showcase of manuscripts, sketches, portraits, photographs, and more. 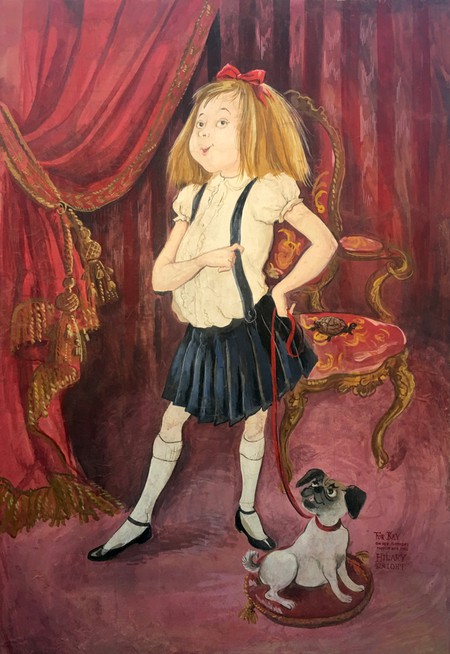 In 1955, American actress, singer, and writer Kay Thompson introduced Eloise, a rambunctious little girl who lives in the “room on the tippy-top floor” of New York City’s luxury Plaza Hotel, in Eloise: A Book for Precocious Grown-Ups, illustrated by Hilary Knight. 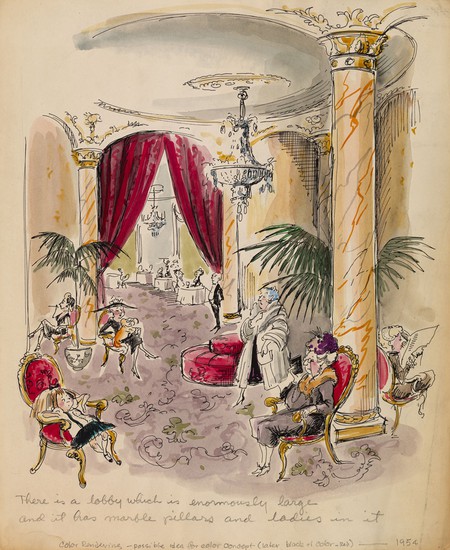 From her penthouse shenanigans to her partners in crime—a pug named Weenie and Skipperdee the turtle—Eloise lived the life, thus her story was an immediate hit. Following the success of the first book, Thompson and Knight collaborated on Eloise in Paris (1957), Eloise at Christmastime (1958), and Eloise in Moscow (1959). A fifth manuscript titled Eloise Takes a Bawth was left unfinished upon Thompson’s death in 1988, and published by Thompson’s estate in 2002. 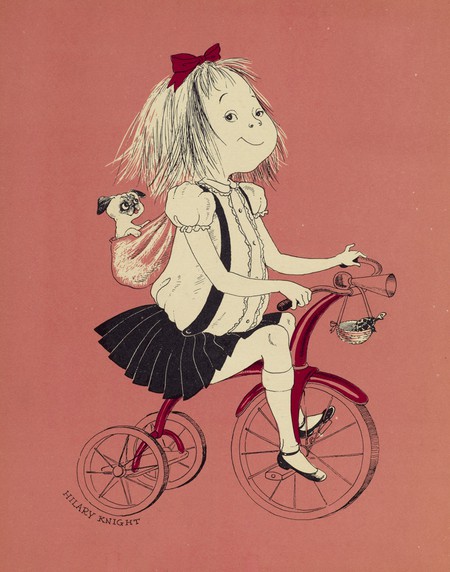 Amherst, Massachusetts’ Eric Carle Museum of Picture Book Art debuted the exhibition earlier in 2017 before it was unveiled at the New-York Historical Society in June. “New-York Historical’s presentation fully immerses visitors into Eloise’s world with evocations of the grand lobby of the Plaza Hotel, her bedroom―complete with a storytelling corner―and her bubbly ‘bawthroom,’ where she often made mischief,” according to the museum’s website. “A host of family activities bring the Plaza’s most famous resident to life…” 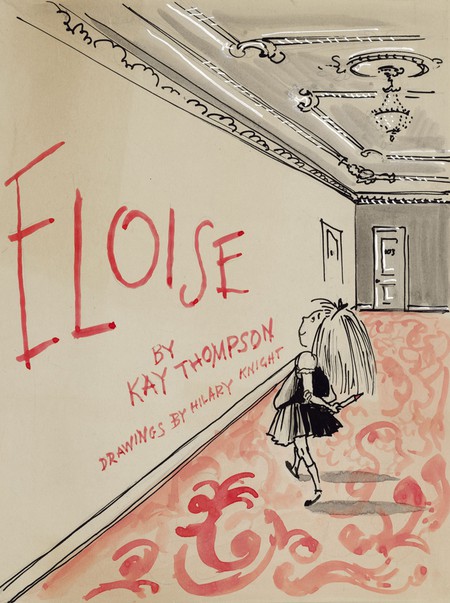 Eloise at the Museumwill remain on view at the New-York Historical Society, 170 Central Park West, New York, NY 10024 until October 9, 2017.