Duck Face vs. Manspreading: How Does Gender Play out on the NYC Subway? 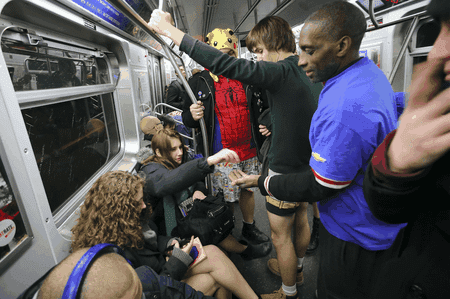 There’s no faster or cheaper way to get around New York than the New York City Subway system. However, although the subway is cost-effective, it has its downsides. The subway hosts gendered behaviors where women end up getting the short end of the stick.

There are now signs inside subway cars imploring riders to be courteous and avoid manspreading, which was added to the Oxford English Dictionary (OED) in 2015, and is defined as follows: “[Manspreading] is the practice whereby a man, especially one traveling on public transport, adopts a sitting position with his legs wide apart, in such a way as to encroach on an adjacent seat or seats.”

Here’s the thing: if you’re sitting next to a manspreader you will likely be pushed up against a wall or another passenger, which are equally unappealing in their own ways. So the question becomes: why is this behavior attributed to men and not women? Well, as the name suggests, manspreading is just another attempt to make women small as men inflate themselves.

Although every passenger pays the same fare, that fare doesn’t entitle you equal space on the subway. And, certainly, although every body has different parameters—we are all different shapes and sizes—a social contract exists stating that your body should not infringe upon the space of others. Man-spreading dispels this social contract. 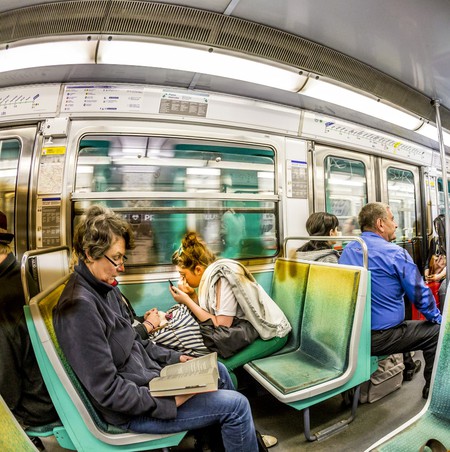 On the other hand, women tend to shrink themselves on the subway. You will find New York women sucking in their cheeks for selfies or to apply makeup, and in doing so make duck face, which is defined by the OED: “[Duck face is] an exaggerated pouting expression in which the lips are thrust outwards, typically made by a person posing for a photograph.”

Even the OED assigns gender to duck face: “I think she looks fine except for the duck face,” and “her smile is beautiful and I prefer it much more to that ‘duck face’ she normally does,” are the sentences provided by the OED to give readers context of the word.

You’ll note that the OED focusses on the pout made by the lips in duck face. The gesture itself is the antithesis of manspreading: in order to make the pout you must make your face smaller (try sucking in your cheeks and you’ll see what we mean).

Despite the aforementioned placards in the subways discouraging both manspreading and the application of makeup as part of the 2015 “Courtesy Counts” campaign launched by the Metropolitan Transit Authority, people don’t always comply. According to a study on subway etiquette by Hunter College: “The aim of this campaign is to encourage riders of New York City’s subway system to abide by a number of rules of conduct in order to make the ride a more pleasant experience for all.” 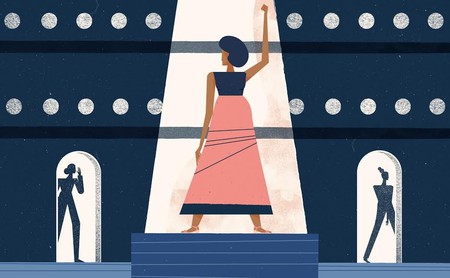 A woman who applies makeup on the subway might be annoying; her etiquette might also bother you. But as she sucks in her face in order to make herself heed to social ideals about feminine beauty, bear in mind that she’s diminishing her presence. Manspreaders exude an air of entitlement and privilege that syncs with the notion of toxic masculinity. Applying makeup to your face out of social pressures to conform might also be described as toxic femininity, but the only one hurt by this scenario is the woman herself.