The Drone Racing League, a racing circuit for first-person drone pilots, has built the fastest drone in the world, setting a Guinness World Record for the fastest ground speed by a battery-powered remote controlled quadcopter.

The drone was built by the Drone Racing League’s Director of Product Ryan Gury and a team of drone engineers.

“We’re thrilled to put our proprietary technology to the test, as we’re all about speed and pushing the limits of drone design here at DRL,” said Nicholas Horbaczewski, DRL CEO/Founder in a statement. “The record-setting Racer X represents the culmination of years of technological innovation by our team of world class engineers, and we’re very excited to unveil the fastest racing drone on earth.” 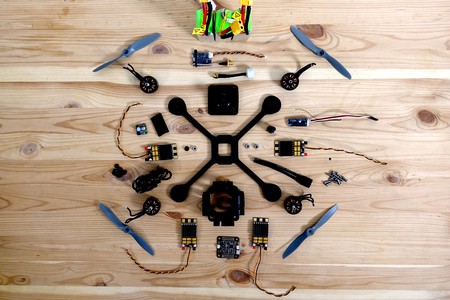 To set the record, the drone had to fly back and forth over a 100 meter course. The record was taken from the average of the top speed achieved on the flights. The drone was flown by Gury in a field in New York. In earlier designs of the record-breaking drone, the device burst into flames as it hit top speeds.

Drone racing is an increasingly popular sport, and sees pilots wearing headsets fly the fast-paced drones through obstacle courses while steering from a first-person vantage point. This form of racing requires ultra-fast reflexes and makes for exciting races and spectacular crashes. The Drone Racing League is hosting six global races in its Allianz World Championship this year, which will be broadcasted on ESPN, Sky Sports, and other international broadcasters.