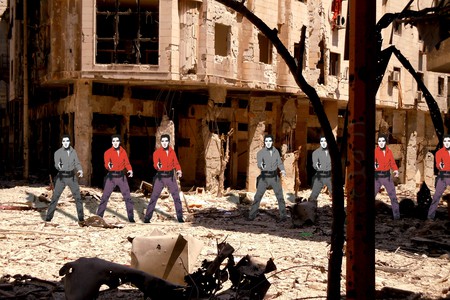 An often humorous compilation of short stories, memoirs, artworks and cartoons, Don’t Panic, I’m Islamic was commissioned by London-based publisher Saqi Books in response to the US travel ban. 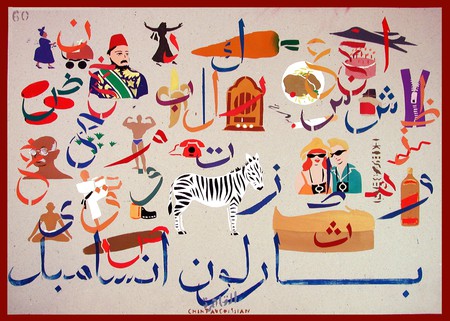 Among the many things confirmed by Trump’s election—including the fact that an annus horribilis, even mispronounced, can indeed be personified—one strikes as particularly unintentional: the literary world’s capacity to look upon itself and marvel. Where else could the crumbling of a tenebrous liberal consensus, replaced by nationalist, xenophobic, clueless discord, give rise to such displays of self-regard? “Now more than ever,” or so the call to arms resonates since November, “the world needs writers.” A piling up of goodwill which could at times be mistaken for premature congratulations; a little closer to never more than now, rather than anything else.

That is being a little harsh, of course. After all, the most precious feature of a successful political group is the rare ability to welcome every opportunity for debate, no matter how hopeless the contest. Politics is a struggle in which courage under fire, that is, the audacity to present your ideas and challenge those of others, should never be dismissed. And yet…

And yet, what piercing writ has been produced to combat the rising turd? A couple of good essays, which are de rigueur, at this point (even if political journalists still tend to be much more insightful in this exercise), and some unimpressive short fiction, all amid a rush towards dystopian classics. Not a whole lot, so far, and one wouldn’t be faulted for thinking the literary establishment, like its favored party, suffers from a general lack of ideas. 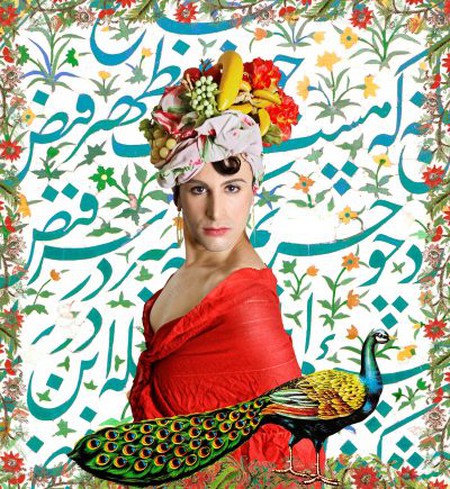 The sudden arrival of Don’t Panic, I’m Islamic this month, then, feels a little like the first fulfillments of an important promise. Here is an unpretentious, funny, and even pretty little book, taking an often satirical aim at the nastiest of Trump’s early policies—the so-called Muslim Ban—and the culture that has allowed it to fester. Edited by Lynn Gaspard, publisher at Saqi Books, it features eclectic works from 34 contributors across a variety of medias, from art and photography to short fiction, memoir, and what should best be described as miscellaneous comedy.

If compilations of this kind can sometimes be inconsistent, Don’t Panic, I’m Islamic manages to maintain a remarkable standard throughout, marred solely by the odd bout of banality. Amid colorful artworks and cartoons, the pieces oscillate between comedic and serious tones—the last peppered with occasional hints of tragedy—making for an unusual, and more rewarding, reading experience. Highlights include Arwa Mahdawi’s guide to extreme vetting, Omar Hamdi’s fake academic study (which finds that Islam isn’t a religion, but a “useful identity”), and Amrou Al-Kadhi’s account of how he learned the “queer art of drag” from his devout Iraqi family. Meanwhile, the likes of Leila Aboulela, with her short story “Majed,” and Hassan Abdulrazzak with “Tuesday’s Child,” offer darker themes in the form of alcoholism and psychosis. The reader will appreciate the breadth of topics on offer. 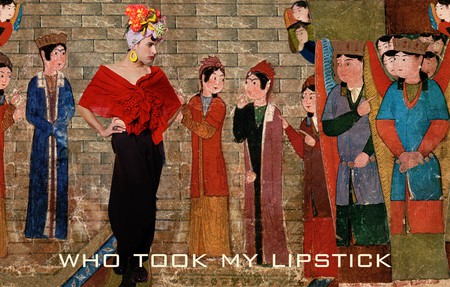 From the book: ‘Who Took My Lipstick?’ Photography, 27 x 42.3 cm | Courtesy of Chaza Charafeddine/Saqi Books

If Moris Farhi’s fantasy story “Of Dolphin Children and Leviathans,” in honor of Hrant Dink (the Turkish journalist was murdered ten years ago), is perhaps the most unexpected piece of writing in the book, my heart goes to comedian Negin Farsad’s memoir-ish essay “My Own People Don’t Like Me Very Much.” It is an insightful, funny effort on growing up foreign in the United States, which I, from the heights of my own New York upbringing, couldn’t help but find necessary. Yes: peoples and cultures are never remotely close to what caricatures, or other forms of disguised ignorance, make of them… that is, I suppose, with the exception of the toffee mop in the White House. But then again that’s the problem, isn’t it?

Don’t Panic, I’m Islamic is out everywhere now, and launching in London next week with a one-off comedy show featuring a few of the book’s contributors. Which just about sounds like the way every book should be launched, really.