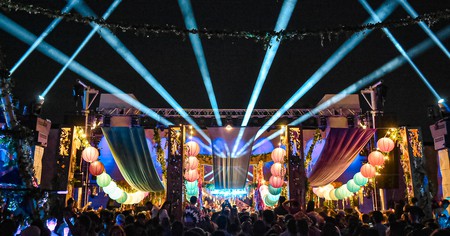 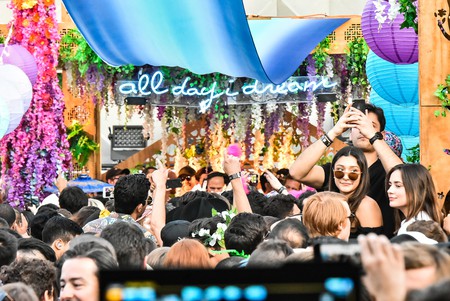 All day I dream | © The Brooklyn Mirage & Chris Lavado

Legendary DJ Lee Burridge and I are resting supine, surrounded by a circle of Tibetan singing bowls. As their resonant hum fades, signaling the end of our private sound bath, we delicately remove our eye masks and heave our bodies upright, settling in a nest of pale fabrics to commence our interview.

Burridge has been flying back and forth across the Atlantic on a summer tour for All Day I Dream, his sun-drenched melodic dance event that attracts an eclectic crowd of shiny, happy party people. At 50, he isn’t burning the candle at both ends quite like he used to, but international travel and throwing major shapes from behind the decks can still take a toll. Looking after himself on the road is key. In fact, Burridge was late to our interview because of a wellness emergency; he was getting a cocktail of vitamins administered by IV drip in an attempt to kick a sore throat.

Besides helping Burridge relax and recover from jet lag, this sound bath also serves as research. He has ambitions to develop a weekend-long wellness and music festival, merging two worlds that once seemed disparate. If you’ve ever attended All Day I Dream this might seem like a logical evolution. It’s a lighter, sweeter and more inclusive approach to the party paradigm, with a feel-good factor that Burridge describes as “a soothing, healing experience,” one that moves people to tears and helps them “release in a good way.”

All Day I Dream began on a blazing hot New York rooftop in 2011. This was an era of minimal techno, a style of dance music that attracted a more masculine, brooding crowd. With his summer-friendly sound, outdoor setting and pretty shade structures strung with paper lanterns and foliage, Burridge hoped to encourage more diversity and mingling on the dance floor.

“I wanted to bring people together and give them an opportunity to meet and perhaps even fall in love, which ended up happening a lot,” says Burridge. “I’ve met 32 couples who met at our party and got married. That was always the intention, to allow people to see each other and make people smile.”

Al-fresco parties with a strong sense of community are where Burridge thrives. After moving from England to Hong Kong in the early ’90s he discovered a full-moon gathering on the Thai island of Koh Phangan – a monthly hippie drum circle held by a group of like-minded travelers. Burridge became one of the first DJs to introduce decks and a real sound system to the party, sowing the seeds for what would become the most legendary beach rave on the planet: the Haad Rin full-moon party. Around a decade after that he discovered Burning Man, a festival that wasn’t previously known for its music scene. Burridge became instrumental in honing its sonic identity. Something about his signature sound fit perfectly with the wide, flat expanse of the Black Rock playa. 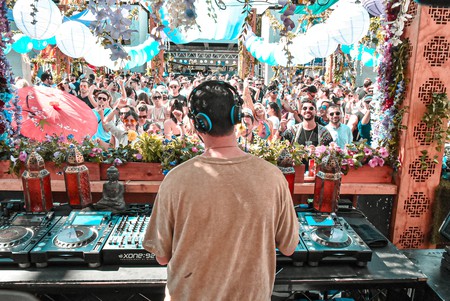 ‘The way the music sounds outside is really different to how it bounces off the walls of a nightclub,’ says Burridge. ‘It feels softer, it feels more open, it feels more emotional, it feels more beautiful.’ | © The Brooklyn Mirage & Chris Lavado

“The way the music sounds outside is really different to how it bounces off the walls of a nightclub,” says Burridge. “It feels softer, it feels more open, it feels more emotional, it feels more beautiful. It really made me conscious of how they can complement each other, music and location. It’s about how beautifully music flows through the open air and how emotionally open people are at the same time.”

New York has a large and active community of “burners,” and it was these people Burridge hoped All Day I Dream would attract. For the first four years Facebook invites were his only form of promotion, and attendance grew organically through word of mouth, amounting to several hundred loosely interconnected revelers. Eight years later Burridge regularly sells out Brooklyn Mirage, a venue with a 6,000-person capacity, but somehow still manages to attract a united crowd of positive people with glitter-swiped cheeks – a testament to the mood his music evokes.

As music festivals insert more wellness modalities and wellness festivals court higher-calibre DJs, two separate worlds are starting to bleed into one another. Sometimes this can feel forced or contrived, but not the way Lee Burridge does it. With his latest album, Melt, Burridge has created a soundtrack that seems as well suited to a vinyasa class as it does to a party, weaving wave noises and calming sonic elements with deep beats.

“I want it to feel hypnotic and relaxing,” explains Burridge. “Turn it up and you can dance to it, turn it down and it’s going to have a calming effect. There’s a smoothness to it and the repetition over time makes your mind calmer and more linear.”

It’s fitting, given the setting of our interview, that the title track of the album opens with what sounds like Tibetan singing bowls – a harmonic hum that makes your nervous system fizz and tingle. When Burridge eventually launches his own weekend wellness format of All Day I Dream he hopes to create a kind of sonic igloo where “those people who need some soothing – people who have been having a bad week, bad month, bad year, bad moment” – can immerse themselves in calming sound frequencies. Until then, Burridge believes that music and dancing are their own kind of healing experience.

“I think once people let go after a bad or stressful week they come and they dance and it really is an escape,” he says. “I’ve heard from so many people [who] say they lose themselves in the experience and give themselves over to it. There’s a lot of power in music, but we don’t even understand it yet. You can feel something magical.” 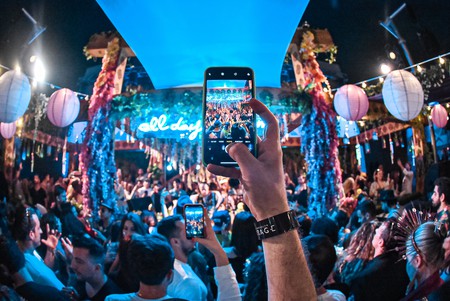 With his summer-friendly sound and outdoor setting, Burridge hoped to encourage more diversity and mingling on the dance floor | © The Brooklyn Mirage & Chris Lavado
Give us feedback