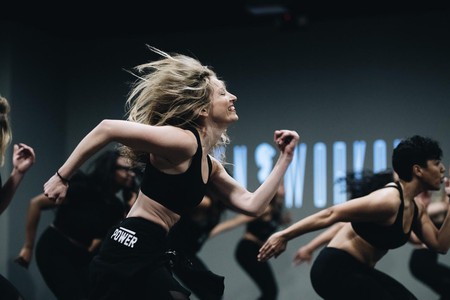 A sultry dance workout from Miami is giving professional New York women a judgement-free opportunity to channel their inner Beyoncé.

This is the mantra that signals Vixen Workout has begun—one hour of strutting, body rolling, booty poppin’, and a spectrum of other moves you wouldn’t particularly want your boss to witness you doing. The dark room is lit by multi-colored club lights that swish over several rows of women in leggings, crop tops, and wedge sneakers. As the playlist of hip-hop, R&B, and EDM fires up over the speakers, the group assumes “kitten pose”—a signature stance that emphasizes all the right angles. This is where the corporate women of New York come to be unapologetically sexy while getting a serious workout at the same time.

Vixen hails from Miami, and is the brainchild of performer-turned-office-executive Janet Jones. After stepping back from the entertainment industry in order to become a mother and take a more stable, sensible role in the corporate world, Jones suffered from depression. Being desk-bound, buttoned up, and conforming to the expectations of others never suited her, so when she was laid off several years later, she saw it as an opportunity to revisit her first love: dance choreography. 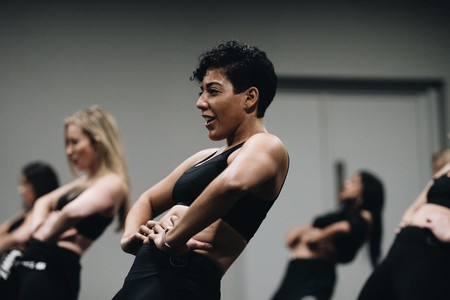 Vixen was a solution to having put her own needs on the back burner. “As a woman I think you learn to desensitize yourself from yourself. It’s about everyone else,” Jones explains in a promotional video for the company. “I got so lost in my roles that I forgot the most important role—that’s me.”

It’s a sentiment that many women clearly relate to; Vixen now has over 100 instructors across five countries and an estimated 80,000 dancers—a community known as the Vixen Army.

Sheena Hill, an ad tech industry executive who dances regularly at the New York contingent, had tried all kinds of workout classes in the city, but none of them stuck until she discovered Vixen. “Just immediately, it was my home,” she explains. “[The women] are all there for the same reasons, and we all have the same goal in mind—we came here to release some steam, we came here to have some fun, and so that naturally provides a very friendly, cheerful environment. And a very active one.”

Vixen estimates newcomers burn approximately 400 calories per session, while seasoned dancers could torch 1,000 once they know the choreography and can fully embody each move. By dancing to Beyoncé and Major Lazer, and watching their own performance in the mirror, participants are getting an intense workout without the agony that workouts can sometimes entail. A Vixen session is exhilarating and confidence-enhancing. Perhaps even therapeutic.

“There is a sense of freedom we get from letting it out and truly not worrying about how we behave,” says Julie Kaufman, a certified public accountant for a hedge fund by day, senior Vixen teacher by night. “You do whatever you want for that time that you are dancing and let your body express itself. And through that there’s a sense of relief that I don’t accomplish with many other things. If ever I’m feeling down I know I can dance and come out of it feeling in a different place.” 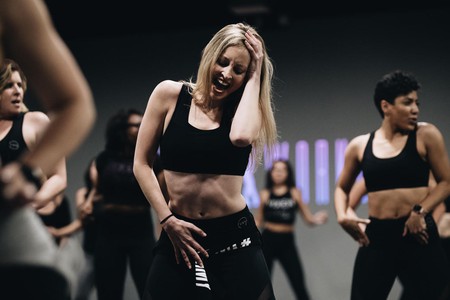 As the instructor Kaufman is responsible for carrying the vibe of the class—making her dancers feel empowered and inhibition-free. That means showing up, no matter what’s going on in her personal life or what kind of day she’s had, and bringing all her energy and positivity to the studio. It’s an important job—holding space for hardworking women who need this hour to get back in touch with their own inner sanctums.

“For me personally, it reminded me to be sexy again,” Hill says. “In the corporate environment you try to be polished and sophisticated and that can get tiring. Coming to Vixen really just opens you up to a more wild self and reminds you of your inner woman, whatever that might be to you […] You try to feel your body and go into the music. It’s really a time when you just get to focus on yourself.”