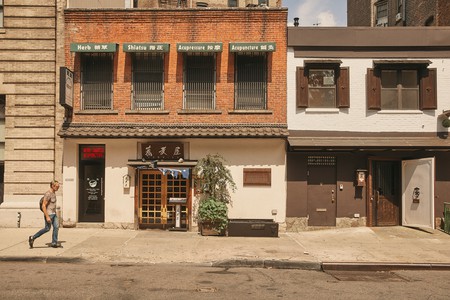 Skip the tourist traps of Manhattan and take a subway ride to the Bronx, Queens and Brooklyn to discover diverse neighborhoods packed with authentic, delicious dishes.

New York City is known for its diversity, with over 800 languages spoken across the five boroughs. Those who come here to start a new life often want to replicate a bit of the old one, creating entire neighborhoods devoted to the countries and cultures they left behind. Most visitors only see the cultural enclaves – like Chinatown and Curry Row – of Manhattan, but there are a lot more areas out there if you’re willing to take a ride on the subway. Skip the tourist traps and try these food-filled outposts instead.

The obvious: Little Italy in Manhattan
The adventurous: Arthur Avenue in the Bronx 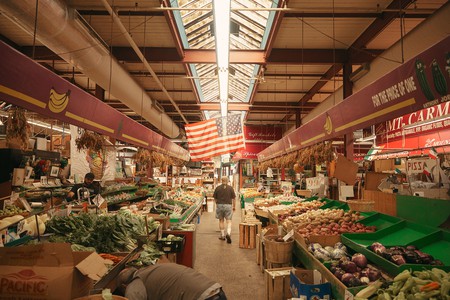 Shop for fresh produce, meats and snacks from many vendors at the Arthur Avenue Market in the Bronx | © Zack DeZon / Culture Trip

Since Chinatown started spreading out, Manhattan’s Little Italy has only gotten smaller, leaving behind mostly overpriced restaurants making big promises, but rarely delivering. If you are in the area, make time for Ferrara, an elegant, bi-level, wood-paneled space that’s been doling out its famous espresso and cannoli for over 100 years. 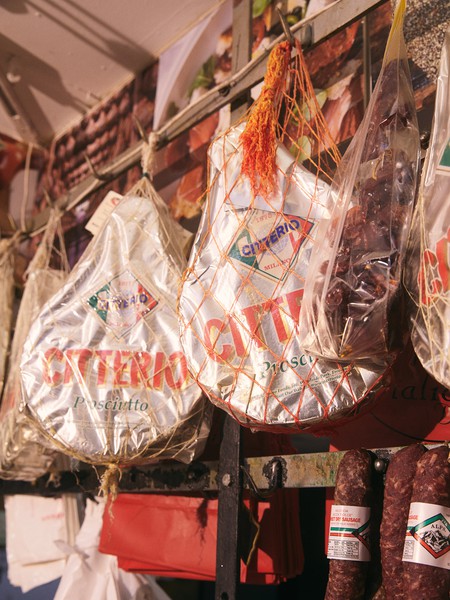 But in general, you should make the trip up to Arthur Avenue in the Bronx, which offers the real Italian deal in terms of quality, flavor and colorful characters. While you can hardly go wrong by strolling and sampling, stop in at Joe’s Italian Deli for the freshest mozzarella, spicy soppressata and specialty sandwiches, and visit Addeo Bakers for its weekend pane di ciccioli, a golden bread ring studded with bits of lard. If you’re still hungry, Zero Otto Nove serves inventive pasta dishes and pizzas, and if you want to take something home for dinner, the Arthur Avenue Retail Market sells everything from olives, pastries and produce to hand-rolled cigars. 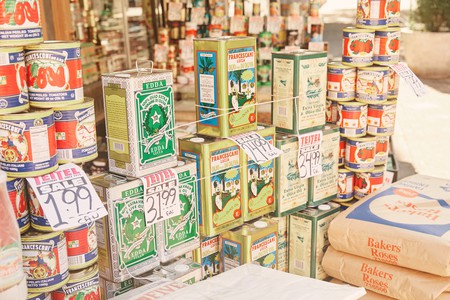 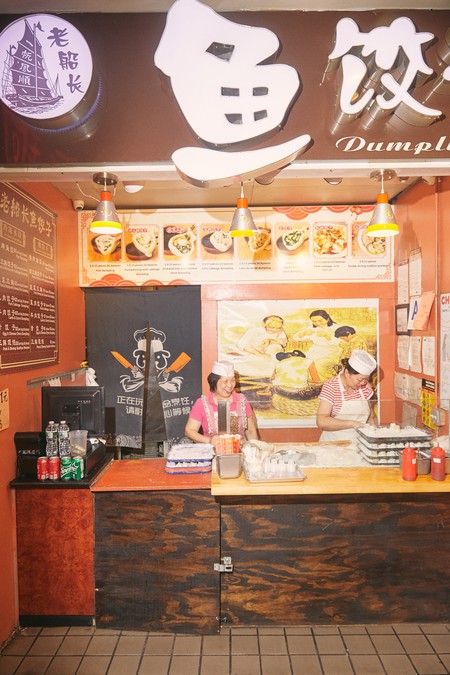 Residents have caught on to the fact that New York City has not one, not two, but nine Chinatowns. Thanks to sheer accessibility, Manhattan’s is still king, with classics like the Nom Wah Tea Parlor, which will celebrate its 100th anniversary in 2020. The dim sum stalwart still boasts an old-school diner aesthetic, but its recent hipster rebrand has brought in a newer, younger crowd looking for a taste of old New York. 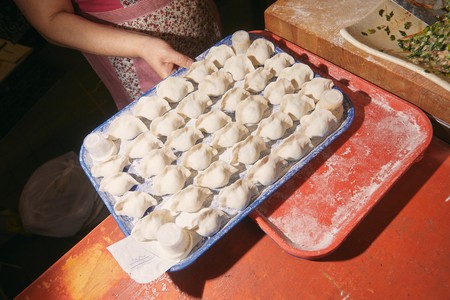 But Flushing’s Chinatown, located as far out as you can go on the 7 train in Queens, is a world unto itself, like a small version of Hong Kong with its high-rise buildings and bustling food halls. Foodie favorites like the Golden Shopping Mall (currently closed for renovations) and New World Mall are Edens underground – basement clusters of stalls hawking stews, noodles, dumplings and rice dishes from regions all over China.

Meanwhile, at the new and massively popular Joe’s Steam Rice Roll, a young Chinese immigrant grinds rice on the premises for the squidgy, slippery, crêpe-like delicacy known as cheong fun in Cantonese. Finally, at Dumpling Galaxy, a banquet-style offshoot of its original hawker stall, culinary-favorite Helen You offers a menu of dumpling styles and fillings so long, it would take a lifetime to try them all. 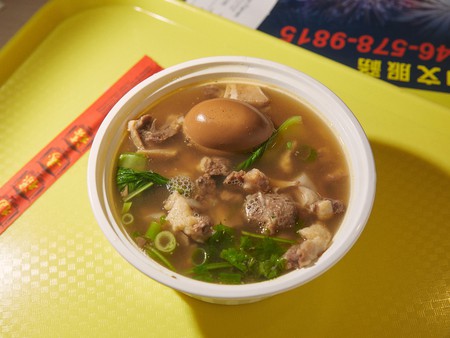 At Lang Zhou Noodles inside the New World Mall, the oxtail noodles with a soft-boiled egg is an authentic dish | © Zack DeZon / Culture Trip 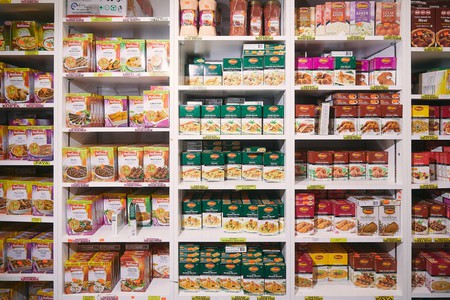 There are places to get Indian food all over the city, but Manhattan’s Kips Bay has long been nicknamed ‘Curry Hill’ for its plethora of restaurants and shops from the subcontinent. However, head to Jackson Heights in Queens instead, which has been the center of Indian life in New York for decades. Many of the first-wave immigrant spots have moved over the Hudson to Indian enclaves in Edison and Jersey City, partially replaced by a host of Bangladeshi and Pakistani eateries. Old stalwarts remain, though, such as the gigantic Patel Brothers, a supermarket where you can get bulk spices, jaggery and mustard oil, fresh produce, cases of mangoes and packaged Indian sweets. You can dine up and down 74th Street close to the supermarket, but head up the block to 37th Avenue for dosas at Samudra, or thalis and milky sweets at Maharaja Sweets. Plus, they’re half the price of those in Manhattan. 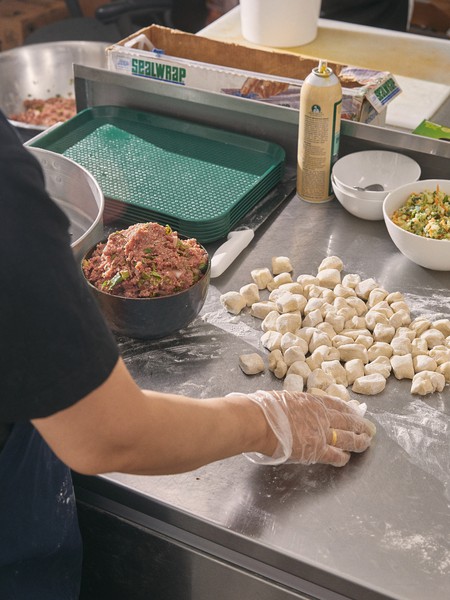 In Little Tibet, you can find many small dumplings, or momos, like the ones at Phayul | © Zack DeZon / Culture Trip

Interspersed with the Indian, Pakistani and Bangladeshi restaurants of Jackson Heights, Little Tibet has become a destination for momos: small, juicy dumplings with a variety of fillings, originating in the Himalayas. These are so beloved they’ve inspired an annual ‘Momo Crawl,’ a fall gathering where participants receive a map of the area’s momo shops, sample the various options and vote on the best. The most popular destinations for these dumplings, as well as laphing (slippery noodles) and thenthuk (noodle soup with beef), are Lhasa Fast Food, made famous by Anthony Bourdain; Phayul, a long-running Tibetan spot that has just opened a newer and bigger location; and Laliguras Restaurant, a Nepalese eatery that offers Indian-like thalis along with its momos. 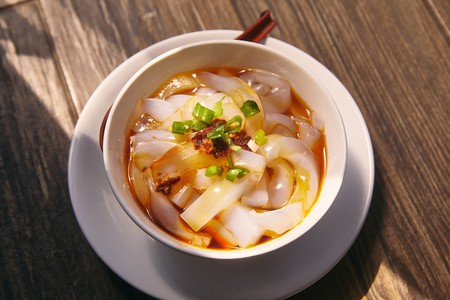 The obvious: Any Thai restaurant in Manhattan
The adventurous: Little Thailand in Elmhurst, Queens 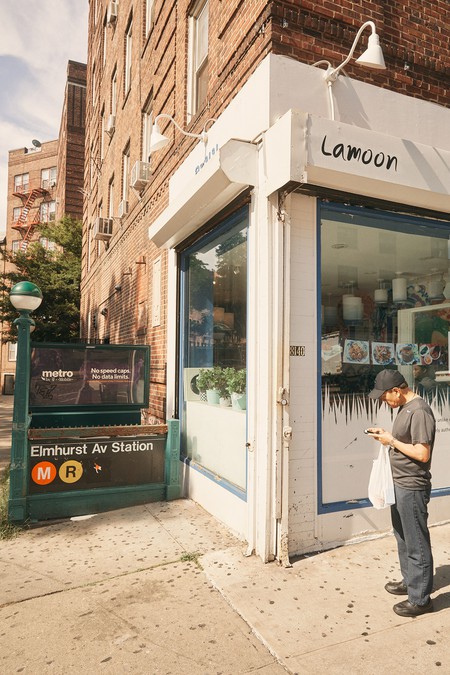 The Thai community in Elmhurst, Queens, is where you can find steam-table cafés – Thai shops that serve up all the ingredients needed to make your own fiery curries. You can even visit the occasional Thai bar, such as the beloved and delightfully quirky Pata Paplean, which serves inventive drinks like the tom yum cocktail (yes, it’s inspired by the soup and it works) on shabby-chic furniture, along with bar snacks like dumplings and spicy sausage. 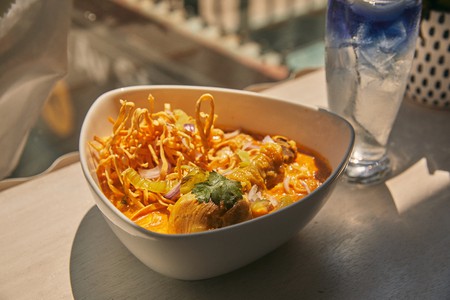 The perennial favorite, Ayada Thai, just opened a branch in Manhattan’s Chelsea Market, but the original location on Woodside Avenue doesn’t disappoint. Expect whole fish, complex curries, Thai sausages and raw shrimp salads that don’t shy away from heat. A few doors down, the pint-size Hug Esan offers up regional Thai favorites such as larb salads and succulent grilled half chicken. Just a short walk farther down Broadway, the tiny Eim Khao Mun Kai does one thing and does it excellently: Thai chicken and rice with customizable hot sauces on the side – the perfect comfort food. A few doors down from there, Lamoon combines fiery flavors and unusual ingredients of Northern Thai cuisine with a cutesy interior that wouldn’t feel out of place in Brooklyn. 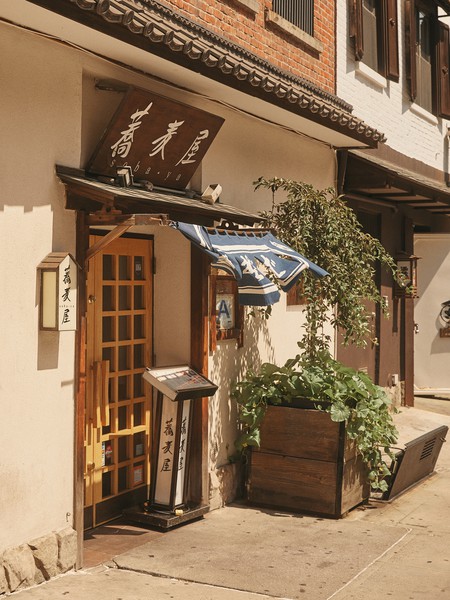 Both of these areas are stellar dining destinations, with many eateries specializing in one perfect dish, and that cozy, ‘neighborhood-within-a-neighborhood’ feel. Little Tokyo has been around significantly longer, with the first of its many restaurants popping up in the 1980s when the East Village was still edgy. Today, many lie on East 9th Street, including Sobaya, dedicated exclusively to the slippery, nutty buckwheat noodles; Sake Bar Decibel, a subterranean izakaya with perpetual lines even though it’s been around for years; and Cha-An Teahouse, an elegant spot that serves traditional wagashi sweets. 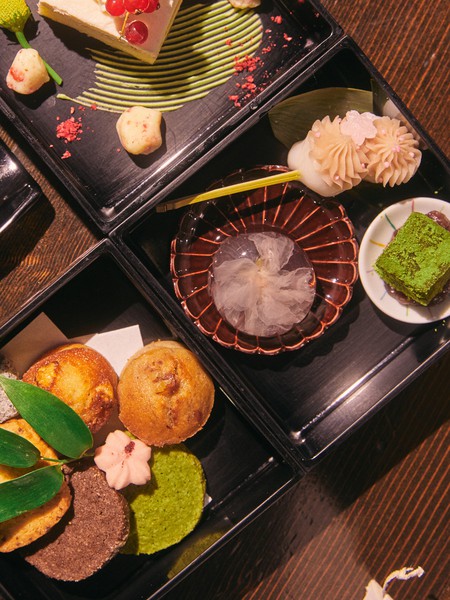 It’s hard to pinpoint a specific street where the emerging Taipei contingent is focused, but the East Village is definitely evolving into a Taiwanese food hotspot. At the top of the list is Ho Foods, famed for its take on the beloved Taiwanese beef noodle soup, as well as a small breakfast menu of soy milk, crullers and bings. The nearby 886’s menu includes fried chicken sandwiches, three-cup chicken, and rice and noodle dishes, while the Braised Shop offers street-food specialties focusing on the luwei broth-braising technique. 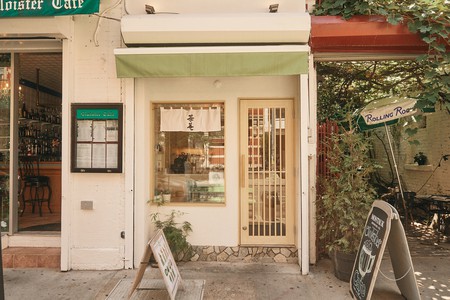