Designing for the ’Gram: The Rise of Selfie-Friendly Interiors 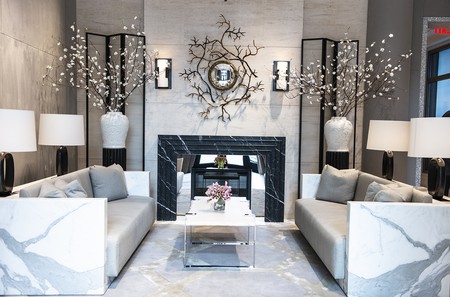 Instagram is not only shaping how people experience and consume design, it’s also changing how professional designers approach their work.

The days of old-school mood boards, intuitive design and comfort trends like wabi-sabi and hygge may be a thing of the past. Now, the biggest source for interior inspiration – even for professionals – is all about the square. The Instagram square, that is.

Hyper-curated social media feeds aren’t just for passive consumption and Insta-attention; those “likes” translate to actual design choices, shaping the way professionals curate interior spaces. For some, the way a space photographs, rather than its liveability or comfort level, dictates everything from the creative process and material choices to the overall look.

Ryan Korban, a New York-based interior designer known for his over-the-top aesthetic and celebrity client roster (including Kanye West, Alexander Wang and James Franco, among others) recently completed his first residential building in Manhattan’s NoHo neighborhood, 40 Bleecker. And Korban says he intentionally designed the space to be selfie and Instagram-friendly. 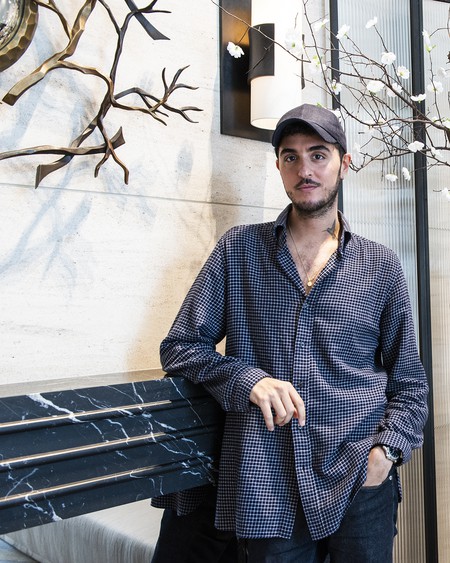 Korban’s 40 Bleecker design registers as minimalist, symmetrical and a lot less layered than his previous work. “You can tell people’s brains want things a lot more clean these days, and it’s definitely because of the digital influence,” he says during a private tour of a model unit.

“The first thing I do when I sit down to do a project is think, ‘Will this look good on Instagram?’ I think it’s what sets me apart a little bit from others. I’m always thinking about how it will look on Instagram and how people will want to share it on social media,” Korban says.

“Instagram is definitely changing the creative process. Will it look good on my iPad? My iPhone? It’s so weird to see things printed now. Now all I think about it how it’s going to look digitally.”

Rather than going for his signature bold color palette and layered look, Korban chose interiors for 40 Bleecker designed with the selfie in mind. And he isn’t ashamed to admit it. In fact, Korban’s reasoning feels refreshing in its transparency, in its flagrant self-awareness of our contemporary climate. But just how far can the influence of a few thousand strangers’ “likes” go?

Korban explains that, during the planning phase for 40 Bleecker, he used Instagram to gauge what people were gravitating towards – a kind of aesthetic crowdsourcing. “I went back to Instagram to look at the photos that were most liked. It was almost as if social media helped me define my taste,” he says.

“I realized [that] what people like most about my work, and what was getting the most amount of likes on my Instagram, were spaces that had a little bit of modernity and Brutalism mixed with something that was romantic.” 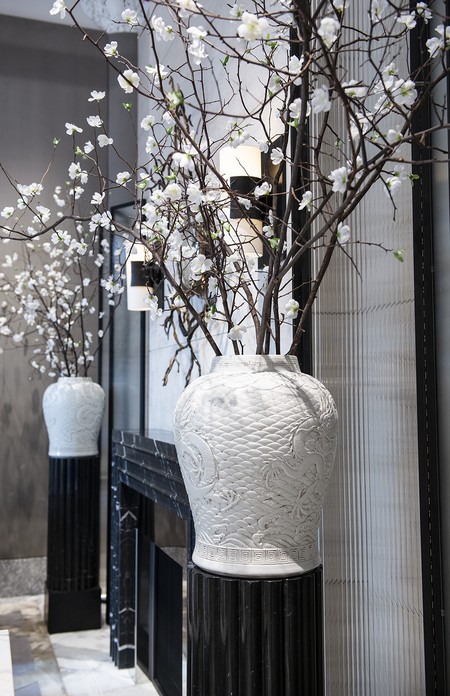 And then there’s the power of the square. More than just framing interiors for photographs, working within the confines of a square can produce an inherent sense of balance.

“I always start with symmetry, I always want things to feel square, I always want balance,” says Korban. “As I was developing as a designer, [the square] was the way I saw everything; it became the lens. I always want something that’s going to pop at the edge of the frame because I know it’s going to make the picture work better.”

And it’s not just Korban who concedes to the influence of Instagram. Julia Montanez, another New York City-based interior designer and a creative director who has been in charge of the MADE section at the Architectural Digest Design Show for five years, says that she gets most of her referrals from Instagram. She’s currently working on a project for a client that’s designed specifically to be photographed for social media.

“People put a lot of thought into how a room looks and feels, but really, number one, is how it photographs. Otherwise, what’s the point? If you’re an interior designer and you’re not designing for photos, then it’s like you never did it,” she says.

Although Montanez is designing exclusively with vignettes and focal points in mind, she says it’s not all that different from what she used to do before Instagram became so important. “Interior designers do tend to look at things in terms of photography if they’re interested in promoting themselves … and it’s so important that you present yourself on Instagram. People will find you because you have common interest or vibe, and you have to make sure it presents itself really well in these tiny little squares,” she says.

Back at 40 Bleecker, the sense of texture within Korban’s space doesn’t come from bold, eclectic, eye-catching accents, but rather in how well the textures translate on social media. The alabaster sconces, Venetian plaster, chevron floors, marble veining, and mirrored surfaces may look muted and unassuming in person, but when an Insta filter is added to a photograph, the intended look is awakened. 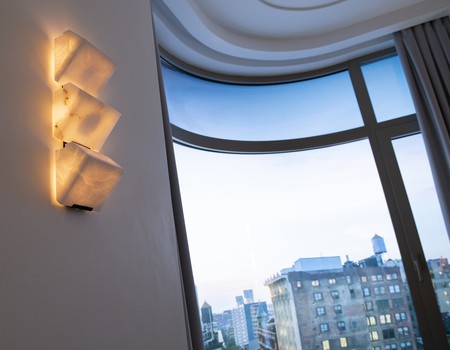 “It’s all about texture for Instagram. Especially when you put a filter on it,” Korban says. The designer even snaps photos on his phone during our tour and scrolls through filters to demonstrate the effect. “We wanted everything to be really pop-y, so it doesn’t take a bad photo,” he says.

“Even if you’re in here taking a selfie or taking a photo of the room, it will look good from any angle on your phone,” Korban continues. “How do you create a space that feels like it’s already been filtered?” 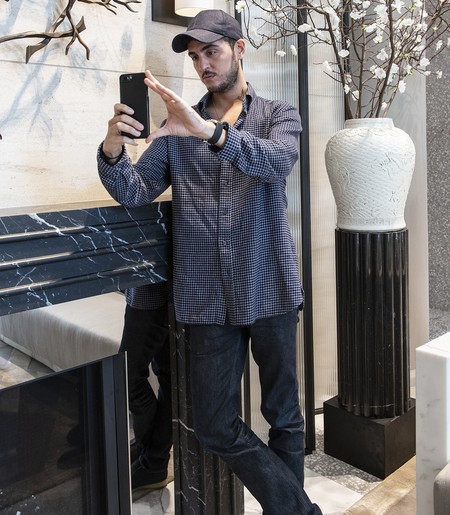 What once would’ve been considered a cringe-worthy confession (“You’re really going to let a social media app dictate your artistic process?”) is now just part of the design game. Regardless of your social media sentiments, Instagram’s influence shows no sign of lessening its stronghold on our daily lives, including how we take selfies in our domestic spaces.

40 Bleecker is currently under construction with an anticipated opening date of Fall 2019.

To read more about the impact of social media and high-visibility design on our domestic lives, check out our article, The Voyeur and Exhibitionist at Home.