Denis Johnson, Author of 'Jesus' Son' and 'Tree of Smoke', Has Died 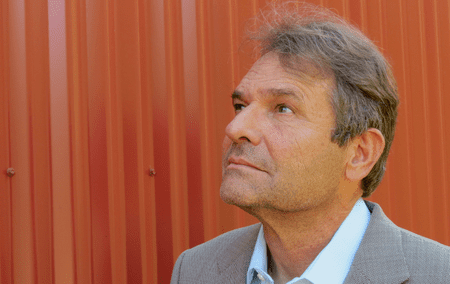 The acclaimed and prize-winning writer passed away on May 25.

Denis Johnson, one of the most lauded American writers to emerge from the late 20th-century, passed away from causes yet to be determined. He was 67.

The son of a State Department employee, Johnson lived a peripatetic childhood, later beginning his writing career largely as a poet, publishing his first collection The Man Among the Seals in 1969. He later enrolled at the Iowa Writers Workshop where he studied under Raymond Carver.

His twenties were marred by drug and alcohol addiction, and he lived both homeless and destitute: “I was actually concerned about getting sober, he told New York magazine, “this is typical of people who feel artistic. They feel if they get away from drugs and that crazy life, they won’t be writing as much, won’t have the inspiration. I finally figured it only meant I’d be writing three paragraphs less a year, because I’d only written two stories and 37 poems in about a decade.”

Though he crafted many a down-and-out addict on the page, Johnson himself managed to sober up and finish a debut novel, Angels, which was published to great literary acclaim and lukewarm commercial reception. David Foster Wallace cited it as one of the 5 direly overlooked novels published after 1960. “A totally American book,” he wrote of Angels, “it’s also got great prose, truly great, some of the ’80s’ best; e.g. lines like “All around them men drank alone, staring out of their faces.”

It would be Jesus’ Son (1992), a collection of linked short story, that would be prove to be his breakout work. Takes its title from a Velvet Underground lyric, the stories, narrated by a ne’er-do-well named Fuckhead, follow a group of addicts turned criminals and murders as eeking out their existences on the fringe-y backwater towns of America. In his New York Times review of the book, James McManus wrote: “No American novelist since William Burroughs has so flagrantly risked ‘insensitivity’ in an effort to depict the pathology of addiction.” The risk paid off, with Jesus’ Son being met with howling success. It was enough to see it turned into a 1999 film directed by Alison Maclean and starring Billy Crudup, Dennis Hopper, and Holly Hunter.

In 2007, Johnson’s Tree of Smoke, a novel concerning a CIA agent’s involvement in the Vietnam War, wonthe National Book Award and was a finalist for the Pulitzer. Writing for the Time, where it was included as one of its Top 10 Fiction Books, Lev Grossman wrote: “The most ambitious novel of the year, and one of the greatest, Johnson’s massive, swirling, grotesque account of the Vietnam war seems to carry with it its own fog of war, a hallucinogenic fever-carrying mist that intoxicates the soldiers and spies and priests and innocents who breathe it. In Johnson’s apocalyptic imagination the war becomes a ruinous drug the Americans fighting it can’t kick.”

In the last decade of his life, Johnson wrote two more novels (Nobody Move and The Laughing Monsters) and published a novella (Train Dreams) which was originally published in the Paris Review. The ghost of being down and out never left his work, and Johnson never shied about the topic: “What I write about is really the dilemma of living in a fallen world,” he told New York, “and asking: Why is it like this if there’s supposed to be a God? I have a feeling God finds us pretty funny, but that’s probably all the speaking I should do for God—he doesn’t go around talking about me.”