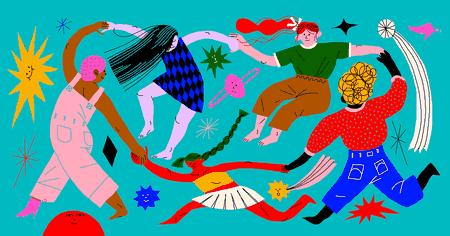 New York has always been fertile ground for clubbing culture and niche after-dark activities. Now, a growing need for connection and emotional release is fueling dance events that eschew booze and treat movement as a form of medicine.

It’s a little after 7 p.m. on a Thursday night, and the dance floor at Brooklyn nightclub House of Yes is already heaving. Under the radiance of a disco ball, sweat-soaked revelers crouch low before erupting in unison as the beat drops. Hair and hips swirl to the beat of live drumming. A pineapple is passed overhead like a crowd-surfing rock star.

House of Yes may play host to its fair share of wild parties, but The Get Down is arguably the rowdiest, despite its early time slot. Anything that might inhibit gyration or distract from the present moment has no place here, which is why drinks and cell phones are banned. Unlike the parties of New York’s nightlife heyday—the era of Studio 54 and Limelight—The Get Down’s appeal is not about fashion, socialites, or drugs. It’s about creating rhythms that affect the body on a primal level and providing a judgement-free zone for people to respond to that call through movement, no matter how unrestrained.

DJing this evening is a woman with red lipstick and an undercut shaved into her dark hair. At one point she climbs the rigging overhead and dangles above the decks, smiling broadly and cheering on the crowd. Her name is Tasha Blank, founder of The Get Down and figurehead of “conscious clubbing”—a movement that encompasses branded substance-free dance events which pop up at venues all over the city.

“One of the reasons I believe in the power of music and dance so deeply is because it has this amazing ability to bring all kinds of people together,” she explains. “It penetrates those imagined boundaries that we put between ourselves and other people. It transcends skin color, and it transcends class, and it transcends culture, and even disagreements. We come back to this really basic part of ourselves that just loves to move.” 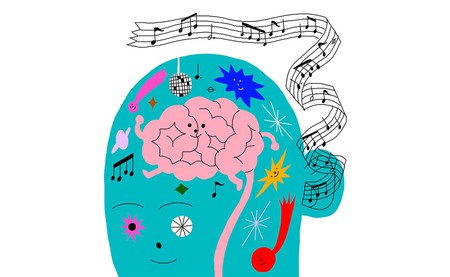 When humans hear music, not only does it activate the pleasure and reward centers of the brain, it also lights up the cerebellum—the area that controls motor function and coordination. It’s why we can’t help tapping our foot or nodding our head when a catchy song comes on. We are wired to dance. Only somehow, in many cultures and societies, norms have evolved dictating when and how it’s appropriate to do so. Shaking, shimmying, twirling, and gyrating are things that make us feel exposed or embarrassed, and for that reason conscious clubbing weirds some people out.

“That wildness can be challenging. Like, what are these people on? When something is so ecstatic, I think that’s scary for a lot of people,” explains Cole Blumstein, one of the producers of Ecstatic Dance NYC—an event that stipulates no booze, no shoes, and no talking on the dance floor. It first came to the city in 2012 but has undergone a resurgence in the past few years, drawing roughly 300 dancers each month.

From his perspective, participating is all about quieting the inner monologue that’s concerned with the fact you’re not a poised, professional dancer and accepting that what feels good doesn’t necessarily look good.

“A friend of mine used to come but wouldn’t dance; they weren’t into it. Then they went through a relationship breakdown and the next time they were dancing, sweating it out,” he explains. “This isn’t talk therapy; it’s dance therapy, and eventually we see these breakthroughs. The catharsis when people release is amazing.”

Blumstein refers to this as “movement medicine”—the emotional release that comes from physically letting go. It’s something Mary Ann Fernandez, owner of Gypsy Yogis in Weehawken, and regular ecstatic dancer, can personally vouch for; she discovered conscious clubbing just as she was finishing up treatment for breast cancer. Besides embracing movement as a ritual form of self-expression, she also found comfort and support on the dance floor.

“You connect more to yourself and by being more connected to yourself, it allows you to connect more deeply with other people,” she explains. “For me it was part of my healing process. I just needed a really safe and nurturing environment. It’s more than just dance; it’s a really beautiful community.”

The conscious clubbing “tribe,” as Fernandez refers to them, is an eclectic bunch who don’t subscribe to a particular way of looking or being. There are men in workday clothing and women in matching legging-and-crop-top sets from trendy activewear brands. Some people wear glittering Burning Man-esque costumes, while others are barely clothed at all. Everyone is moving in their own way. All of them having an excessively good time.

Tasha Blank sees many of the same faces turning up to dance at event after event. She speculates that these “diehard Get-Downers” met on the dance floor, and although they don’t even know each other’s names, they know each other—bonded from going to a wild and expressive place within themselves, in the presence of one another. Watching them get loose and free makes you question what you might be missing out on. You want to be in their gang. 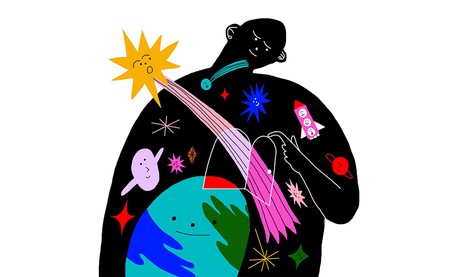 For many of us, our relationship with dance is numbed by alcohol and masked by dim nightclub lighting. The thought of doing it stone-cold sober in the company of strangers is nerve-racking. There’s even a term for it in psychology: chorophobia, which is defined as an intense fear of dancing and the avoidance of any situation that might involve rhythmic movement. But the rewards of embracing vulnerability can be huge, if you can allow yourself to open up.

“The first step is to become aware and understand we’re all working with it. You can’t get rid of [fear] but you can change your relationship to it,” says Blank. As a naturally introverted person, training as a DJ meant grappling with fear and anxiety, and learning to reframe those emotions. “We have this programming to back away from what we feel inhibited around, but we could also choose to lean into that feeling and understand that it’s just a reaction to the unknown. [It was] Fritz Perls [the German psychotherapist] who said ‘fear is just excitement without the breath.’ ”

The rise of conscious clubbing feels inevitable at a time when more young people are becoming curious about sobriety, and it’s unfashionable to brag about how heavily you drank the night before. The haze of inebriation is a barrier to being fully present, and events like The Get Down and Ecstatic Dance offer a more nurturing form of nightlife. One that, crucially, facilitates deeper connections. Dancer to dancer. Human to human.

“We’re like a bunch of stars bumping into each other in a galaxy,” says Fernandez. “A little universe dancing around each other. We all have those capabilities to allow ourselves to do that. We just have to be open to it.”