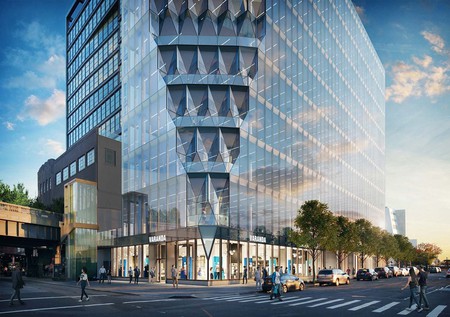 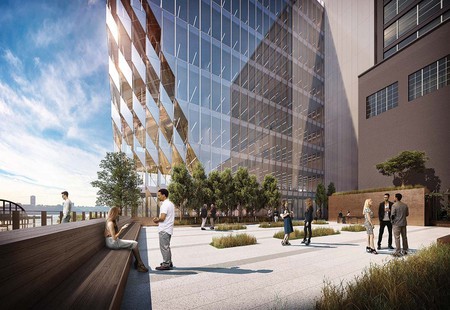 The final beam was laid atop Studio Gang’s 10-story residential building on Tenth Avenue near the Hudson River and High Line Park. New photos by Max Touhey reveal that construction is well underway for the gem-like, high-glass structure, with an expected completion date of March 2019.

According to Studio Gang, the design for the multi-faceted façade at 40 Tenth Avenue explores how architecture can adeptly respond to both solar access and other “site-specific criteria.” Because the new residential building sits so close to the neighboring High Line Park, architects had to think of innovative ways to integrate the design with the surrounding areas. They incorporated a “solar carving” technique in the façade, which is the result of ongoing building research that looks at how incident angles of the sun’s rays can influence and enhance a building’s form. The result is a shimmering, glass structure with triangular geometric patterns that shift in the sunlight.

Studio Gang’s “solar carving” design strategy stems from a technique that examines the building’s allowable envelope (which is the maximum three-dimensional space on which a structure can be built) and sunlight. According to the architectural firm, the glazing system has been “geometrically optimized into a pattern of three-dimensional facets,” which articulate the “carved sections” of the structure. The visual effect is a high-glass, intricate curtain wall, which blocks both sun glare and heat gain. 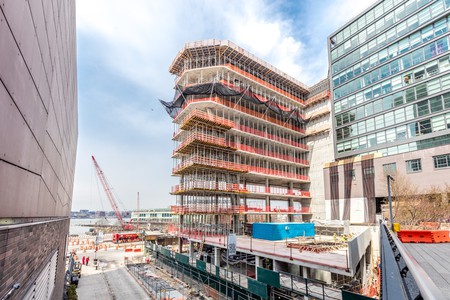 The curtain wall unit is “composed of a central diamond-shaped panel tiling downward, surrounded by four triangular pieces that are perpendicular to the slab.” The technique also reportedly minimizes the building’s shadow cast on the High Line.

Residents of the new 139,000 square foot structure will enjoy a total of 20,000 square feet of outdoor space. 40 Tenth Street will soon join the expanding list of daring new developments in the Meatpacking and Chelsea neighborhoods, including Hudson Yards, Thomas Heatherwick’s Vessel, and Zaha Hadid’s futuristic condos. 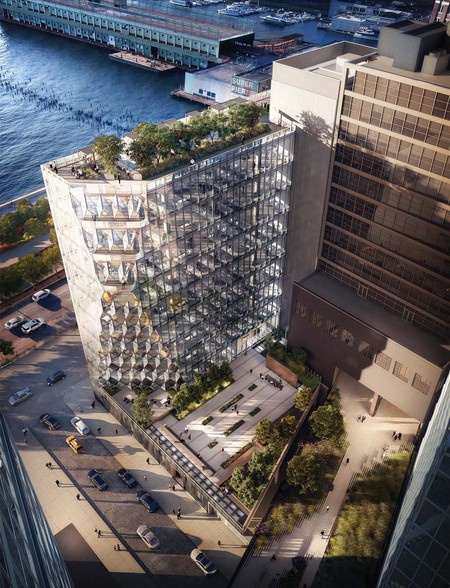 40 Tenth Avenue | Image courtesy of Studio Gang
Give us feedback