Chase Away Winter’s Chill With These Hot Toddies in NYC

Chase Away Winter’s Chill With These Hot Toddies in NYC

© Pixnio
The classic boozy winter drink is a great way to keep warm when it’s cold outside. Here are our favorite variations found in New York City bars.

We named some of our favorite hot drinks in NYC recently, and now we’ll turn our attention to a specific one: the hot toddy.

In its simplest form, a hot toddy is made of a mere three ingredients, says drinks historian David Wondrich: a spirit (whiskey is the most common choice), a sweetener, and boiling water. Often you’ll find citrus and spices or tea added as well.

The drink’s simplicity renders it open to infinite variations—and an enormous number can be found in NYC bars. Here are some different takes on the hot toddy we’re loving right now.

Do note: since these drinks are super-seasonal, they may not all be on the bars’s main menus. Just ask, though, and we’re assured they’ll be happy to make one for you.

The Fireside at The Polo Bar

Restaurant, Bar, Cocktail Bar, American, $$$
The Fireside at The Polo Bar | Courtesy of The Polo Bar

The Fireside at The Polo Bar

Luxe Ralph Lauren-owned restaurant The Polo Bar is serving a toddy twist called The Fireside, made with Japanese whiskey, rum, cognac, demerara syrup, ginger syrup, and lemon, garnished with grated cinnamon. It’s said to be a favorite of Mr. Lauren himself. 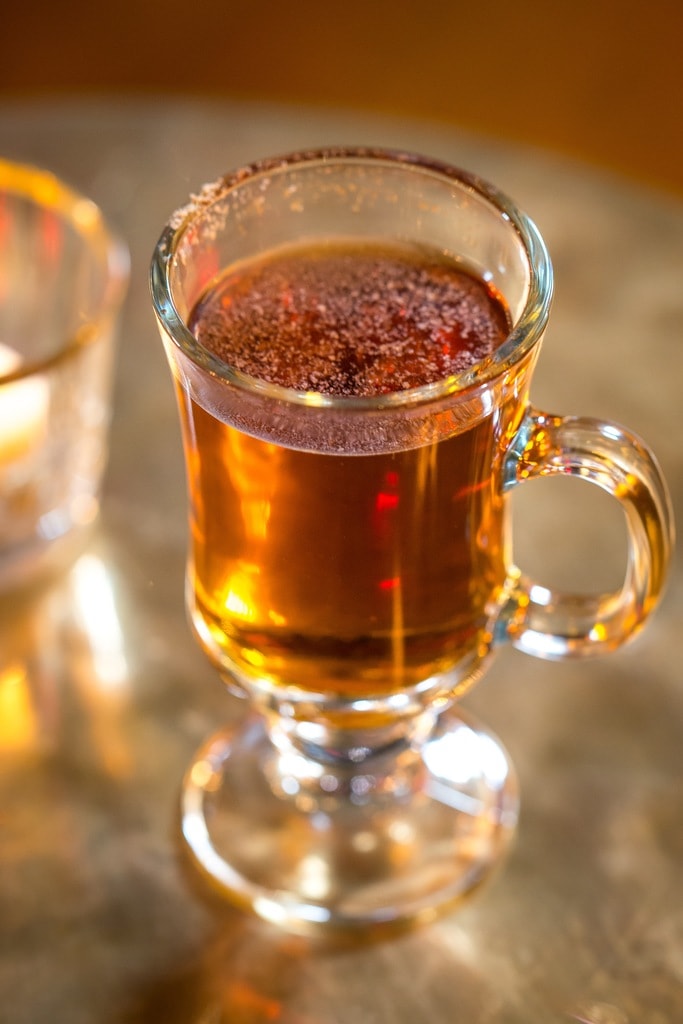 Bar, Cocktail Bar, American, $$$
Given the bar’s name, it should be no surprise that The Rum House’s signature hot toddy is rum-based. It combines spiced rum, lemon, demerara syrup, winter spices, citrus peel, and a slice of fresh ginger for an extra spicy kick. So how do you make one yourself? Here’s a very simple recipe from one of our favorite bars. Rock Your Face Off Toddy
Created by Allen Katz for The Shanty at New York Distilling Company 2 oz Mister Katz’s Rock & Rye
1 tsp Fresh Lemon Juice
1 tsp Honey Syrup (a two-to-one mixture of honey and water)
1 dash Fee Brothers Whiskey Barrel Bitters Combine all ingredients in a 6 oz glass, add 3 oz hot water, and stir. Garnish with a half lemon wheel, if desired.
More Info
Open In Google Maps
228 West 47th Street, Manhattan New York, New York, 10036, USA
+16464906924
Visit website
Give us feedback
Give us feedback