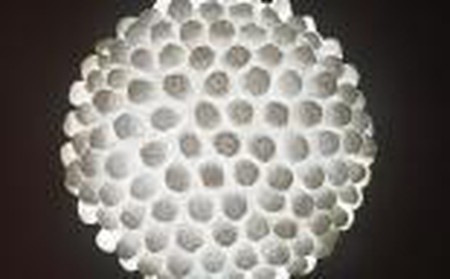 Abdullah M. I. Syed’s first solo exhibition at Aicon Gallery, New York, which was held from July 18th to September 7th 2013, takes his concerns with strained US-Pakistan relations to a new level of investigating Pakistani identity and self image. Through various mediums Syed casts light on Pakistan’s precarious political position with a more nuanced and complex presentation of its culture and people. 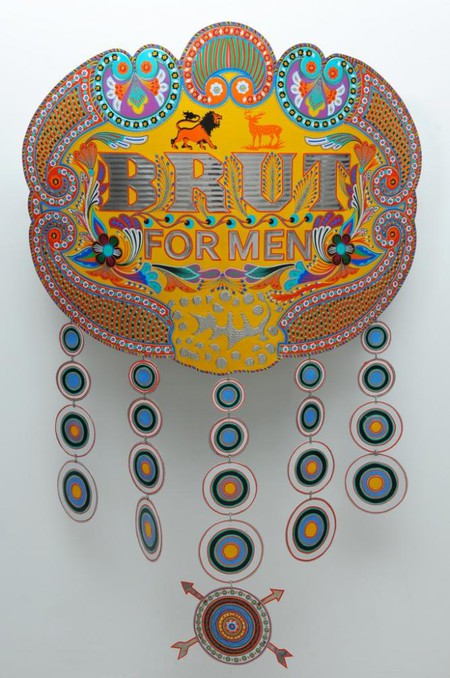 Titled Brut-Nama: The Chronicles of Brut, the show is inspired by Brut the French cologne, launched by Faberge in 1964, and its long-standing association with masculinity and strength. Through a series of Brut bottles displayed with its classic medallion inscribed in both English and Urdu, Syed extends the cologne’s traditional male insignia to the Pakistani male image. But by playing on the word brut(e) there is also the implication of Pakistani machismo with extreme forms of brutality and raw, uncontrolled energy. 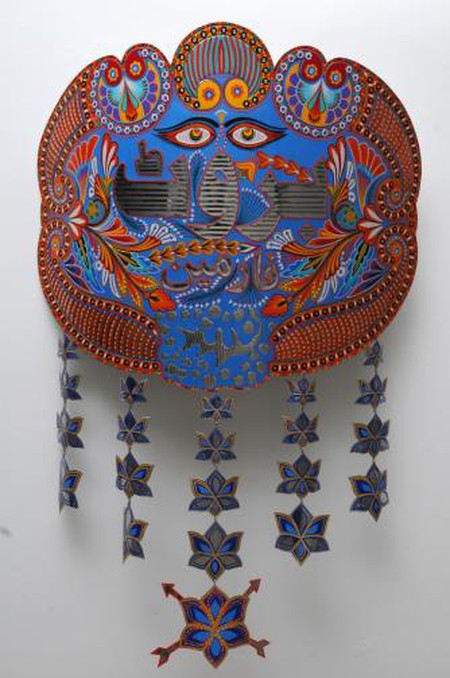 A neon sign in the inner gallery that reads fundadamentalism, 2013, connotes the global, almost single minded view of Pakistan as a terrorist state. And a group of photographs from the original Hollywood production of Julius Caesar combined with towering male heroes from Pakistani film not only introduces the character of Brutus as both a brute and an unfailing loyalist to his country, but also continues Syed’s preoccupation with various connotations and extensions of the term Brut. This combination of heroic figures from different historical moments adds another dimension to his examination of the faltering view of the Pakistani male in a worldwide context.

The term ‘Nama’ in the title is a female name meaning gift, present, grace, favor, and kindness. It introduces the feminine, binary aspect of Pakistani masculinity. Large Brut for Men: Target, 2013, medallions in the inner gallery are made from traditional hand beaten metal typically used to adorn local trucks. Each piece is meticulously designed with assorted stickers that form intricate patterns. Colorful, florid, and aesthetic, this kind of craftsmanship that is generally associated with feminine artistry is in fact a masculine activity in Pakistan. Syed’s endeavor attempts to reveal another side to the Pakistani brute imbedded in the global imagination. The ‘Brut for Men,’ medallions that allude to aspects of the soldier and the artist engage the viewer to reexamine set preconceptions and consider the softer, multi-dimensional aspects of the culture. 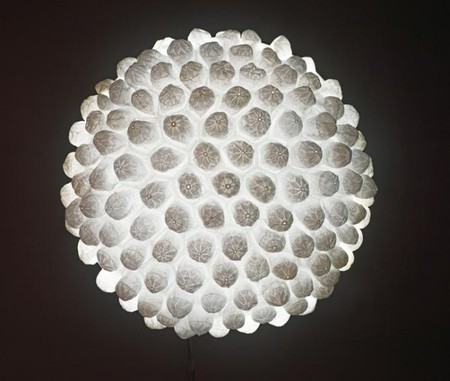 In Aura I, 2013,and Aura II, 2013, beautifully crocheted skull prayer caps worn by Muslim men are sewn together to form large oval structures. Two identical versions made from black and white thread that Syed refers to as ‘hive of caps,’ are placed over internally lit acrylic dome like frames.These bulbous configurations that resemble Louise Bourgeois’ multi-breasted sculptures are nurturing, delicate, and eye catching. Meant to evoke the Yin and Yang of Islamic teachings, they represent opposites such as black and white, masculine and feminine, and positive and negative attributes that encompass a unified whole. Redemptive in its approach, the works point towards a movement away from cultural stereotyping. 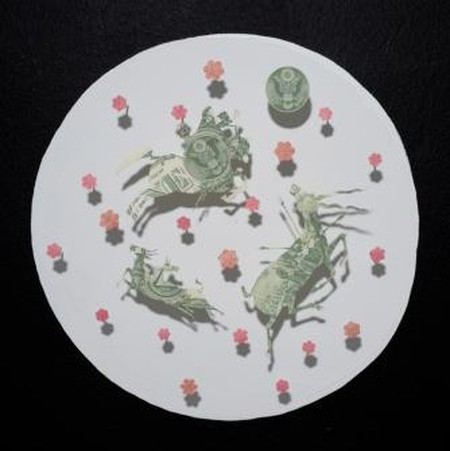 Intricately hand cut one dollar US bills make up Assembly III: Blitzkrieg, 2013, and Assembly 1: The Hunting Season, 2013. Ironically, decimated US currency is transformed into ingeniously crafted drones, aircrafts, and artillery of war. Similarly, ‘The Hunting Season,’ is a carpet of silhouettes formed from the shadows of the cut outs comprising of Mughal kings on horseback geared for their expeditions.Syed’s deliberate use of US currency not only references the commodification of art, but also underscores the economic and political might of the US in world politics. Subversive as this gesture might be, these pieces drive home the artist’s point about the highly fraught and implosive condition of US Pakistan relations.

Again and again, Syed interweaves history and culture to reframe and initiate a new platform and voice for Pakistan. Heading towards what he terms as an ‘intrinsically balanced vernacular,’ Syed’s art makes a definitive stride in that direction.