Bodegas in NYC Are More Than Just Simple Convenience Stores 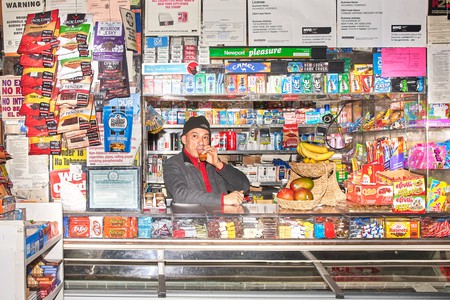 New York City’s wealth of bodegas – small grocery shops akin to convenience stores – are undeniably part of the city’s pulsating lifeblood. Each is as unique as a thumbprint, with its own history, culture and cuisine, often housed in a tiny space that functions as a grocery, deli, café and specialty food store all in one.

At Reyes Deli & Grocery, a cook clips cilantro leaves off leafy stems behind the counter. With his back turned, he gathers a tangle of greenery from a plastic tub, meticulously separating the paper-thin leaves from the waste. Next to him, the woman behind the cash register grabs a packet of cigarettes and places them on the plastic counter, pushing them toward her customer. 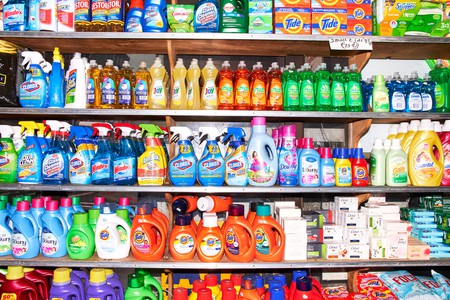 “I’ll also take a bagel with cream cheese,” the customer says, rifling through her purse for some cash before quickly returning to her phone call and promptly switching into Italian.

As the toaster rumbles to a start, a handful of construction workers wander in, grabbing cans of Heineken from the fridge. A couple speaking Spanish pays for an array of Mexican snacks – spicy chips sealed in purple bags and pink sugar-dusted conchas – then saunter off to Gowanus’s bustling Fourth Avenue. 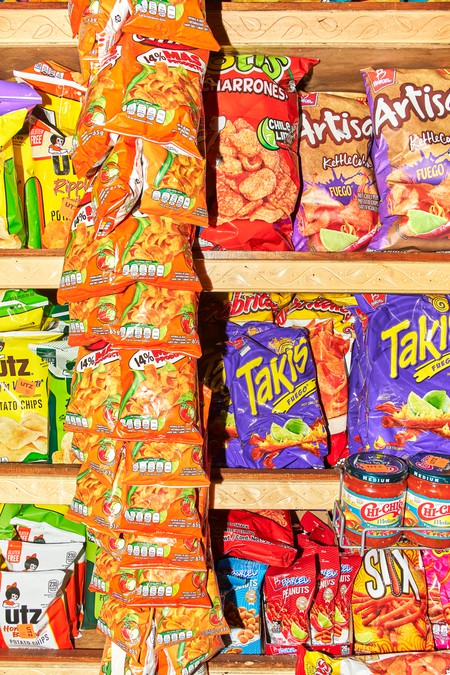 Welcome to Reyes Deli & Grocery, a bodega on the border of Gowanus and Park Slope in Brooklyn. Now, Reyes is not called a convenience store, a corner store or a deli; it’s simply referred to as a bodega, a word that has transcended languages and cultures and borders to become an inherent part of New York City vernacular.

The history of bodegas

The word ‘bodega’ means ‘grocery store,’ ‘storeroom,’ or ‘wine cellar,’ and it was originally employed by the Hispanic community in the 1940s and ’50s when these kinds of stores initially started setting up shop. At the beginning, the vast bulk of bodegas were operated by Puerto Ricans, along with immigrants from Latin America and the Caribbean, many of whom arrived in New York City at the end of World War II. 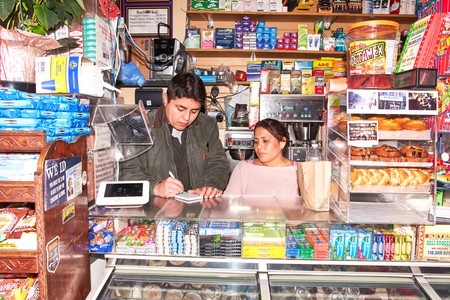 Bodega owners once were exclusively Puerto Rican, but nowadays owners come from a multitude of backgrounds | Heami Lee / © Culture Trip

For these immigrants, bodegas mirrored the kinds of stores found back home: small, mom-and-pop shops that were frequented as more of a local community store. Here in America, bodegas became just as community-driven as the ones in their home countries – equally spirited spaces that are still fundamentally a piece of what makes a bodega today.

For NYC locals, bodega owners are more than just anonymous faces behind a counter; these shopkeepers often accept packages for absent tenants who reside upstairs, hold onto extra sets of keys, and quickly learn names and repeat Sunday morning breakfast sandwich orders. These shops may seem ubiquitous and rather prosaic, but bodegas tout the romanticized charm and camaraderie of a small-town general store – dropped in the middle of New York City. 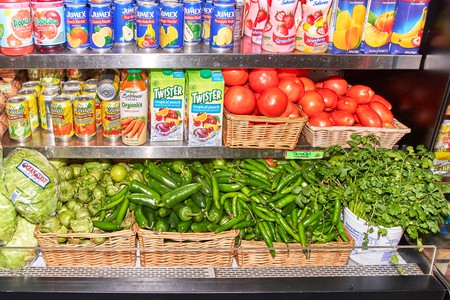 Although the word bodega is Spanish, it’s since become the umbrella term for New York City’s wealth of family-run, 24/7 convenience stores, shops commonly stocked with a slew of products from pints of Ben & Jerry’s to toilet paper and lottery tickets. While bodegas are not exclusively run by people from the Hispanic community, the term is borrowed from Spanish to refer to all kinds of corner stores and has remained an integral facet of the city’s lingo. Although each bodega is different, they have comforting similarities; it’s not rare to spot an infamous bodega cat – animals who are kept around to exterminate pesky rodents – roaming the aisles or lounging behind the counter.

Every New York City bodega offers its own story

Nowadays, bodegas often inherently reflect the backgrounds of their owners, a confluence of cuisine and culture and language. Reyes, for instance, is a Mexican bodega. Along with imported Mexican chips, canned beans and crates of queso housed in the three aisles filled with teetering shelves, the teeny kitchen pushes out hot food, like tacos, quesadillas, tortas and huaraches. Rounds of corn tortillas arrive crowned with nubs of charred pork flecked with pineapple or strips of beef hiding under a fistful of chopped cilantro. Yet at Yafa Newsstand & Deli, a Yemeni bodega in Sunset Park, only halal meat is sold; and at the Bangladeshi-run New Foods of India in Kips Bay, the shelves are stocked with Middle Eastern snacks, tins of fresh dates and sacks of pearled couscous and rice. 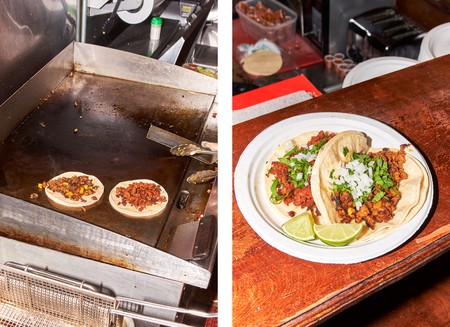 Not every bodega is known for speciality food. Some are simply the definition of convenience stores, like the Chinese Hispanic Grocery on the Lower East Side. Here, the corner shop overflows with colorful bottles of laundry detergent, boxes of cereal and Jesus candles. Plastic-wrapped packages of Boar’s Head meats and cheese are stuffed into a refrigerated case, along with cartons of eggs, perfectly ripe avocados and packets of Philadelphia cream cheese. Nearby residents who find themselves out of toilet paper can walk in at any hour and pick up a stash, along with a tin of cookies or pint of ice cream – an excellent late-night snack.

This small bodega – though certainly unassuming from the outside – comes with its own bit of history. It opened on the corner of Eldridge and Broome in 1973 in a neighborhood far disparate from the splashy hub it is today. Nearly 50 years ago, the Lower East Side was the site of drugs and gangs, dilapidated tenements and crumbling businesses. But the Chinese Hispanic Grocery has stayed put, always open no matter the hour and serving the neighborhood’s melting pot of ethnicities: Jews, Mexicans, Dominicans, Puerto Ricans and Chinese. 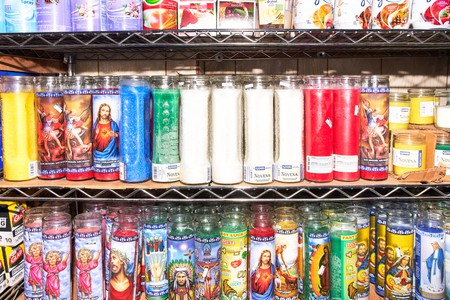 These days, the neighborhood has certainly changed; it’s home to Michelin-starred restaurants and flashy boutique stores, NYU students and the requisite clubs they populate, and apartments selling for six figures. But the Chinese Hispanic Grocery has mostly remained the same, an unwavering image of the neighborhood’s past, present and future, perpetually there to fulfill your last-minute necessities and bacon, egg and cheese sandwich cravings.

Bodegas are just as crucial to New York City’s landscape as its verdant parks, extensive subway system and soaring skyscrapers. They are not ostentatious or gratuitous, and they are not meant to be; they are unequivocally woven into New York City’s colorful tapestry, humble shops that define and embody the city’s diversity. And any resident will be quick to inform you that if you’re not buddies with your local bodega workers, you’re simply not a New Yorker. 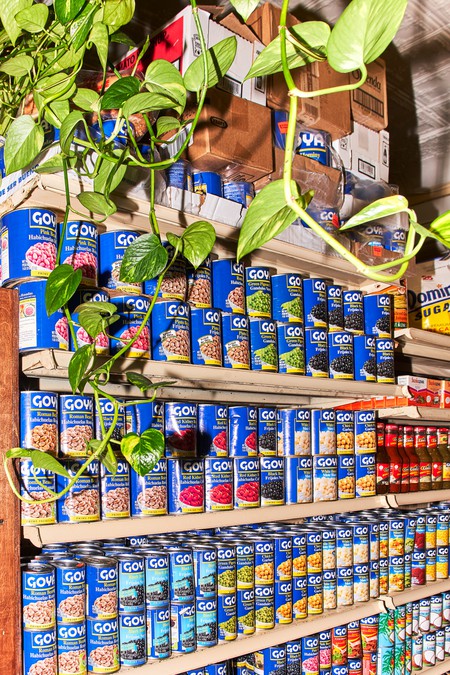