Blue Mind: A Visit to New York's Coastline Can Make You Happier and Healthier 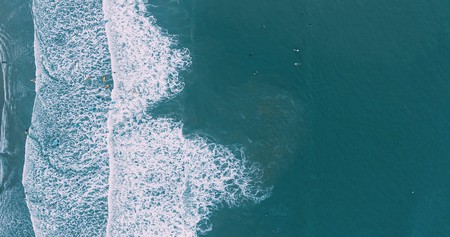 In New York, between the months of June and August, “Summer Fridays” mean half the city starts the weekend early. Most make a beeline for the coast as opposed to Upstate’s unblemished forestland, which might have something to do with the draw of “Blue Mind”—a term scientists use to describe the calming, healing, liberating effects of water.

It’s that unburdened feeling you get from gazing at the ocean, and the reason a simple shower can be a transformative moment in your day. Intuitively, most of us are familiar with Blue Mind—the mildly meditative state we reach when interacting with a body of water—but not with the fact that it has a name and a wealth of scientific studies to support it.

Marine biologist Dr. Wallace J. Nichols coined and defined the term based on research which reveals that proximity to water can boost happiness, reduce anxiety and stress, lower the heart rate, and slow our breathing. Many people also report a sense of clarity and effortless creativity when spending time in, on, or under the water—a state commonly (and fittingly) referred to as “flow.”

“When we give our brains that band-width back our brains don’t just go to sleep, they do cool things with it,” Dr. Nichols explains. “We have creative insights, we relax and our bodies heal […] Our neurochemistry shifts in a way that favors happiness, healthiness, more connection, more creativity and being better at being you.”

Studies show immersion in nature has profoundly positive consequences for human health and wellbeing, but if we’re going to play favorites, water wins every time. 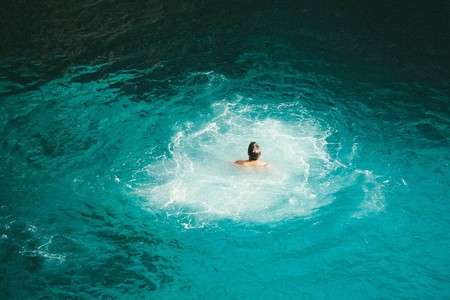 Being in, on or under the water has profound benefits | © Simson Petrol / Unsplash

The Hamptons—a string of quaint seaside towns at the far end of Long Island—is reachable in a couple of hours from Midtown Manhattan. Getting out on the water here is the perfect counterbalance to New York City—an over-stimulating, hyper-connected environment of skyscrapers and commotion, that contributes to what Dr. Nichols refers to as “Red Mind:” our stressed out, anxious, and fearful state. There’s nothing like a calm, flat expanse of blue to make the brain quieter and more spacious-feeling.

For chef Kerry Heffernan, who leads the kitchen at Grand Banks—a seafood restaurant aboard a ship in Hudson River Park—taking his own vessel out on the waters around New York is the fastest way to forget his worries and channel that Blue Mind sensation.

“The moment I am able to get into the blue, and for me that means stepping aboard my boat, something about the stress of an earthly connection melts away,” he says. “I feel like my breathing pattern changes a tiny bit and my mind wanders easily.”

Not all people experience Blue Mind to the same degree as Hefferman—some of us are more attuned to water than others, depending on the cultural messages and formative experiences of our upbringing. But humans also have a biological imperative underpinning our connection with water. On a primal level we know that water equals life, for us and this planet, which is perhaps why we feel most at ease when the trickle of a steam or lapping waves are within ear shot. 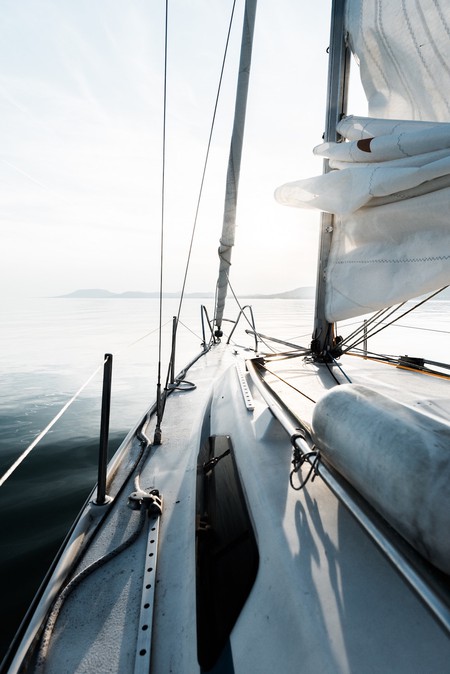 “At the base of it I think that if every human being understood their blue mind and what that meant to them, and had access to it, then we would have a healthier group of people on the planet,” says Dr. Nichols. “We would have more people who realize that the health of this water is connected to their health and then there would be this positive feedback loop where we would take care of the waters that give us so much. I call that blue mindfulness.”

It’s easy to forget that New York is a city composed of islands. We are surrounded by water on all sides and a Blue Mind moment is always there in the form of a walk down the Hudson or a Summer Friday trip to the Hamptons or Fire Island.

“It’s mostly available to us,” says Dr. Nichols. “Get a group of people together and rent a boat. Just do it. Get out there and go make a plan.”

Culture Trip was the guest of Discover Boating in Sag Harbor, the Hamptons.