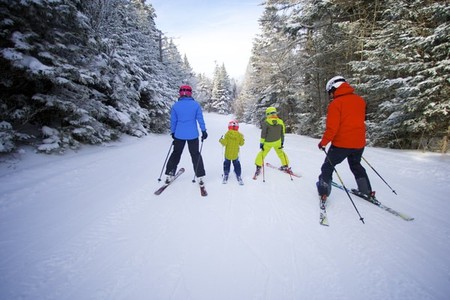 The best way to enjoy winter in New York City? Getting out of it. Make the most of the snowy season by partaking in winter sports (sliding down icy subway stairs doesn’t count). When you’re ready to say ‘so long’ to city slush, check out the best ski resorts near New York City.

Even the littlest of snow bunnies (or those with little experience) can enjoy Berkshires-based Catamount. At the end of your 3-hour journey from New York City to Massachusetts awaits this family-friendly resort featuring 33 beginner-friendly trails and a supervised Children’s Playroom. Resort partnerships with bed and breakfasts, hotels, motels, and restaurants in the area make skiing and staying simple.

For 57 years, Windham Mountain Ski Resort has been the reluctant city slicker’s pick for an outdoorsy escape. In addition to daytime and night skiing, the resort offers a snow-tubing course, ziplines, and the option to practice stunt jumps using Windham’s massive inflatable cushion, the Big Air Bag. Tip: don’t miss out on the First Tracks program which provides early skiing access before lifts are opened to the public for just $15. 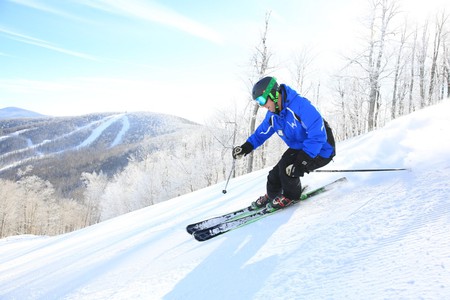 Experience New York’s Catskills like never before at Belleayre Mountain Ski Center. This state-run mountain (Belleayre is owned and operated by New York State’s Olympic Regional Development Authority) is known for being less crowded and less expensive than its Catskill counterparts— but that’s where the slim-downs end. Featuring 11 novice-friendly trails, 27 intermediate slopes, 5-plus miles of quiet trails, and more, Belleayre offers something for every type of skier. 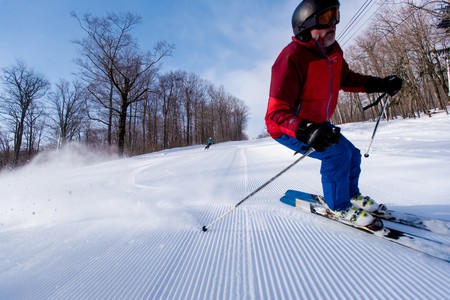 Images taken of facilities and on-mountain action in March, 2017 at Belleayre Mountain for PHO-0044.

Environment-conscious athletes will admire Jiminy Peak Mountain Resort’s commitment to living green. Not only is the Massachusetts mountain North America’s only mountain resort which generates energy with alternative wind power, but Jiminy Peak also happens to be one of New England’s largest ski resorts. With a rise of 1,150-feet, 45 trails, and 9 lifts, there’s plenty to explore here— and feel good while you do so.

If it’s good enough for U.S. Olympians, it’s good enough for us! Since hosting the Winter Olympics twice during the 1980s, Whiteface Mountain has gone on to become one of the country’s most-sought after slopes. With the greatest vertical drop of any mountain in the Northeast (3,430-feet, to be exact), 87 trails, and 35 out of 288 acres devoted to double black diamond skiing, this Lake Placid hotspot is the mountain to climb for passionate athletes. 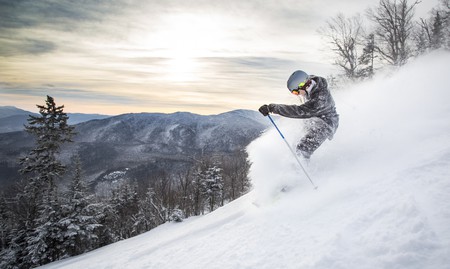 Snow-aficionados swear by Okemo Mountain Resort, a Vermont destination boasting 98% snowmaking coverage and top-ranked snow quality. Climb aboard Okemo’s heated six-person lift (the only of its kind in North America) to experience the premier powder for yourself on any of its 119 trails, which include terrain for beginners, intermediate, and advanced athletes. 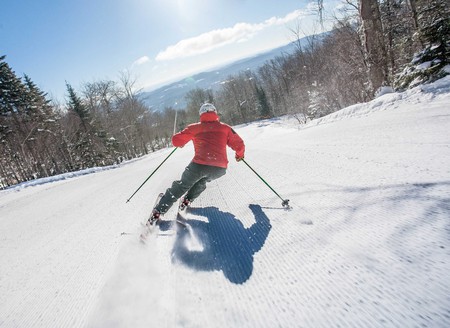 New Jersey’s Mountain Creek is another all-season option for New Yorkers in need of a day trip. Situated just 2 hours from the Big Apple, the state’s largest ski area (comprising 4 mountain peaks and 46 trails) is a must-visit spot for night-skiing enthusiasts— 100% of Mountain Creek’s terrain is open to after-dark athletes. If you want to extend your trip (spoiler alert: you will), local lodging includes slope-side accommodations, luxury townhouse communities, and more.

Located approximately 4 hours from New York City in West Dover, Vermont, Mount Snow is well worth the schlep. This longtime favorite continues to attract fans thanks to its rare four-season schedule which allows northeastern skiers to enjoy the resort’s 4 mountain faces and diverse terrain long after the snow has stopped falling. 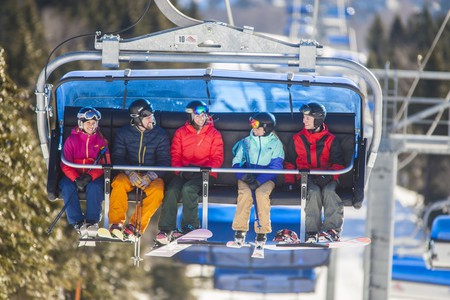 Never wait in a long lift line again at Stratton Mountain Resort. Sitting in traffic on your way to this South Londonderry destination is the only waiting you’ll do around here, where 4 six-person lifts, a gondola, and multiple high-speed chairs wait to whisk you to the top of Stratton’s nearly 100 trails and 670 acres. 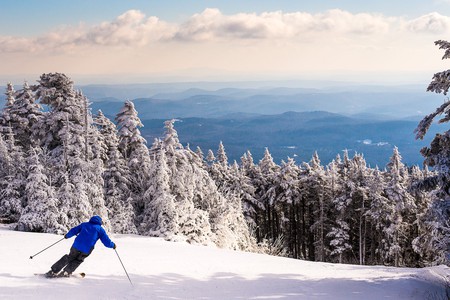 At just a 1-hour drive north from New York City, Thunder Ridge in Patterson is the closest ski resort to the Big Apple. Luckily for time-crunched locals, Thunder Ridge also happens to be one of the best. Over 100 skiable acres feature 22 trails, 3 lifts, and 4 ‘magic carpets,’ ensuring you can make the most of your time here.