Culture Trip’s Cassam Looch spoke to Doctor Strange star Benedict Cumberbatch about his latest film, and found out when the English actor first felt like a proper superhero. The Sherlock actor also revealed his reaction to the online memes surrounding a famous sequence that was shot in New York. 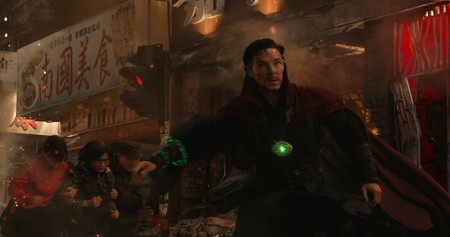 The scene in question featured the stars of the film leaping down the streets of the city, and without the aid of visual effects it looked, in Cumberbatch’s own words, ‘really silly’.

The actor also told us about how important it was to be in costume and when he had his first ‘superhero moment’ dressed as Strange.

Five Reasons Why ‘Doctor Strange’ Is The Best Marvel Film Yet

Cumberbatch also took a shine to our interviewer’s own red coat. Here’s what he thought about it and how it matched up to his own iconic outfit in the movie. Serious coat envy here…