Belly Button Surgery Is a Trend and It's On the Rise 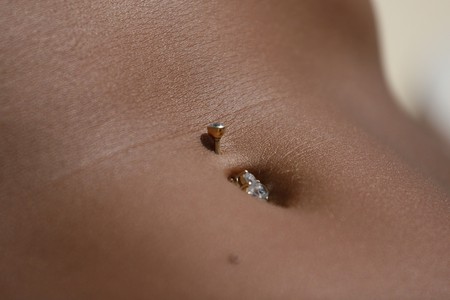 Belly button surgery, aka umbilicoplasty, is a thing, and it’s a rising trend. As the season shifts to summer, people show more skin, and if they’re feeling self-conscious about their belly button, plastic surgeons can offer a quick fix.

In a time when ribcage bragging is trending, it’s a challenge not to feel self-conscious about your body, even its tiniest parts. As plastic surgery has become more accessible, less-invasive, and more affordable than in the past, people are electing to tweak the slightest perceived imperfections, like your belly button. RealSelf, a community-driven website composed of information about aesthetics medicine and cosmetic treatments, just released a report claiming that belly button surgery is up 18 percent in the U.S. this year compared to last. Additionally, the U.K. shows even higher growth, with interest up 26 percent this year compared to last.

Before and After Belly Button Surgery, Courtesy of RealSelf

RealSelf Contributor Dr. David Shafer, a board certified plastic surgeon who trained at the Mayo Clinic and has a private practice in New York City, says, “Patients have a lot of concern about their belly buttons because it’s a visible part of their body. Especially in the summertime, when patients are at the beach or wearing crop tops, which have gained popularity thanks to the athleisure trend, the belly button is visible and patients want to look their best.”

Shafer goes to to say there are generally four reasons people elect to have belly button surgery:

2. Previous surgery such as laparoscopy, which leaves a small incision in the belly button leaves patients with a scar they want fixed.

3. The patient has an “outie” belly button and desires an “innie.”

4. Umbilical hernia after pregnancy occurs, where the skin and underlying muscles stretch out in the belly button and the patient wants it returned to its former state.

Before and After Belly Button Surgery, Courtesy of RealSelf

“There’s no standard on how a belly button should look,” Shafer tells me. However, he does note that most people have “innie” belly buttons, so it’s not uncommon for people to be self-conscious about having an “outtie.” He adds, “People have their own aesthetic.”

Costing about $2,300, belly button surgery can take as little as fifteen minutes and up to an hour-and-a-half, depending on the underlying issue.

Shafer says that he will only perform the surgery on healthy people, people who are not on blood-thinning medication, and on people with realistic expectations. He will not perform any kind of plastic surgery if he senses a patient has body dysmorphia and are “not seeing reality, but rather are seeing a projected psychological issue.” In this case, he will recommend psychological care.