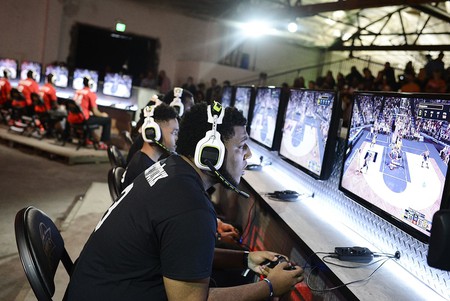 The NBA, considered to be the premier professional basketball league in the world, was comprised of 17 teams during its inaugural 1949-50 season. Nearly 70 years later, the league will be relying on another 17 teams to help build a new league: an esports one.

In conjunction with Take-Two Interactive, the NBA launched the NBA 2K League, the first official esports league operated by a U.S. pro sports league. Play is set to begin in May.

“As the (NBA) looked to launch an innovative league we were one of the brands that said, ‘Yeah, we get it, we’d like to go first,’” Matt O’Brien, Cleveland Cavaliers vice president of global partnership development, said at Esports Activate in New York City. “Some of that is the difference between cutting edge and bleeding edge if we’re too early, but for this one we liked the idea of getting in early, getting some understanding, and being able to help grow the league.

The NBA 2K League was announced in February 2017 and tipoff is getting nearer and nearer which is exciting, yet stressful. Some 72,000 players attempted to qualify for 102 coveted spots in order to become draft eligible. The inaugural NBA 2K League Draft will be held April 4 in New York City.

While the players spent endless hours with a controller in hand during the qualifying process in the hopes of making the final cut, 2K teams including Cavs Legion Gaming Club, CLTX Gaming (Boston Celtics), Knicks Gaming (New York Knicks), and Warriors Gaming (Golden State Warriors) had their own work to do.

Not only are the NBA 2K teams scouting potential draft picks — each team will have six during the NBA 2K League Draft — they are also getting systems and logistics in place. Teams are building studios and housing for their players, coordinating streaming and broadcasting technologies, and even working on community-led marketing efforts for the upcoming season.

Needless to say, the players won’t be hiding in a dimly lit room somewhere playing this game.

“We are the Celtics and we want CLTX Gaming to hold true to the strong brand character of what the Celtics organization offers,” said Jim Ferris, CLTX Gaming managing director. “How these players perform is going to be extremely important, but equally important will be who they are as a person, how strong is their character, how well do they mesh as a team, and how do they work together to deliver the best performance possible.”

Anthony Muraco, for example, is director of gaming operations for Cavs Legion. His job is to not only acquire the best NBA 2K players, but also find good and marketable personalities for the team.

“Obviously we want to win the league, but aside from that we want to win the hearts and minds of the general audience in the 2K community,” said Jonathan Sumers, Cavaliers senior director of digital partnerships. “And we want to connect that fanbase with our team.”

A player like DatBoyDimez, touted as the No. 1 prospect in the NBA 2K League Draft, is exactly what these teams are looking for. Dimez is well-spoken, personable, and calm under pressure. He helped lead Still Trill to the 2017 NBA 2K All-Star Weekend Tournament Championship and $250,000 grand prize.

Regardless, there will be bumps and bruises along the way and learning pains for the 17 teams involved in the launch of this league. The NBA isn’t the product it currently is without 69 years of learning, improving, and evolving.

If the NBA’s current success and global appeal is any indication, the NBA 2K League will be equally as popular in due time.

“For us, I would say it’s making sure we find that right fit,” Ferris said. “We’re talking with our traditional basketball operations group when we look at scouting and the types of questions we ask to really get to as similar approach as we can.”

“In the end, if our team really felt to our Celtics fans what Celtics players should be, I will be really, really proud.”