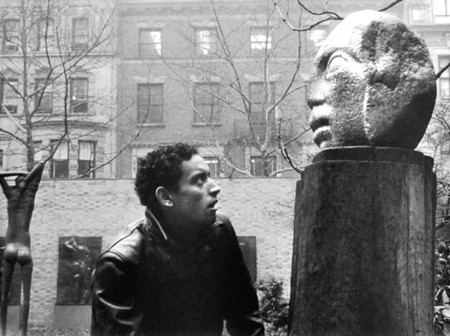 In John Cassavetes’s Shadows, three working-class New York guys take a look at the artworks in the Museum of Modern Art’s Sculpture Garden. Two of them have their eyes opened.

John Cassavetes was unhappy with his improvised directorial debut Shadows, which he had filmed in 1957. He remade it in 1959 and incorporated only a third of the original in the final cut. A pivotal new scene was shot in the Museum of Modern Art‘s constantly evolving Sculpture Garden. 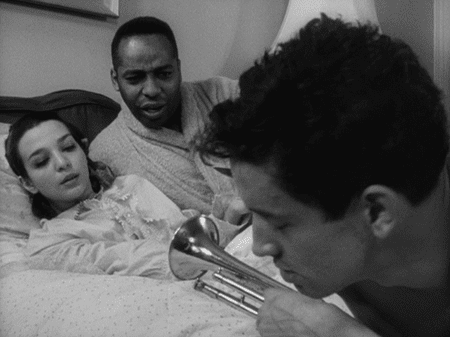 The protector of his younger brother and sister, Hugh (Hugh Hurd) is a jazz singer who does not get many gigs because his vocal style is outdated and because he has too much pride.

Hugh’s brother Ben (Ben Carruthers) is a socially awkward would-be jazz trumpeter who cannot get his act together and spends his evenings ineptly trying to pick up girls with his white drinking buddies, Tom (Tom Allen) and Dennis (Dennis Sallas).

Lelia (Lelia Goldoni), the brothers’ 20-year-old sister, has a half-hearted interest in a writing career. She struggles to define herself in the context of her romantic relationships with men. At the start of the movie, she is dating an older white man, David (David Pokitillow), who smugly gives her advice about how to improve her work.

Over coffee, David criticizes Ben, Tom, and Dennis’s aimlessness. He invites them to a literary party—self-styled hepcat Ben has no clue what that means—and prompts them to go to a concert or visit a museum.”There are thousands of things to do in New York City,” he says. 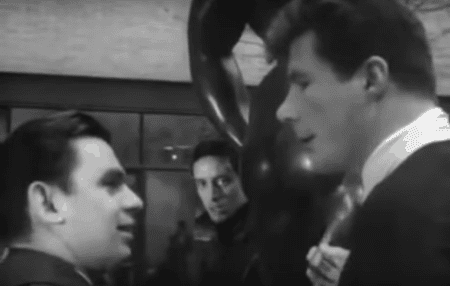 Dennis suggests they go the Metropolitan Museum “because they’ve got mummies there and everything,” but they end up whizzing through the Sculpture Garden. It’s a rather more pointed visit, though, than another trio’s scamper through the Louvre in Jean-Luc Godard’s Bande à Part/Band of Outsiders (1964).

A philistine with a working-class chip on his shoulder, Tom scorns the garden. “This joint is nothing but a place for a bunch of sexless women who don’t have any love in their life, a lot of big-deal professors, a lot of creeps trying to show off how much they know,” he fumes.

Tom’s anger springs from his resentment at the women who won’t sleep with him and his disillusioning spell in college, which probably alerted him to his academic limitations. Dennis tells Tom he is being disrespectful to art, but admits that he himself doesn’t know much about it. 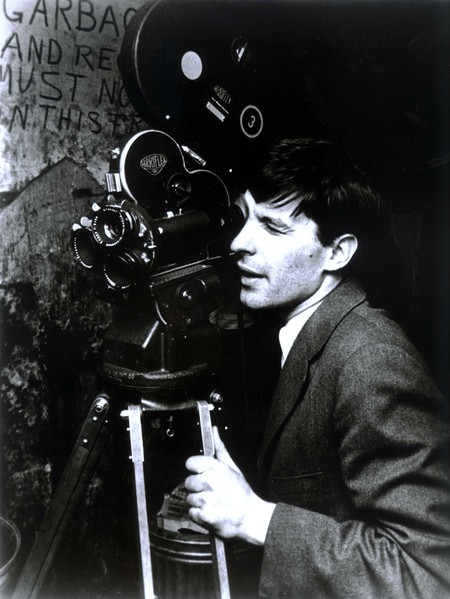 Ben has meanwhile been contemplating a sculpture of a masked head mounted on a plinth (pictured at top). He tells his buddies: “Do you know what I’m going to do with that? I’m gonna put it on a Christmas card. Just a mask on a card. Wouldn’t that be wild?”

When Tom sneers at Ben for seeming to understand the meaning of the masked head, Ben argues: “It’s not a question of understanding it, man. If you feel it, you feel it, stupid.” He is repeating a cliché, but that does not mean he is being insincere. His Christmas card idea is simple but inspiring, and not because he is a none-too-bright blue-collar beatnik.

Ben and Dennis get Tom to apologize for his insulting manner and the three run over to look at Gaston Lachaise’s Standing Woman (1932), an imposing sculpture—inspired by Lachaise’s wife and muse Isabel Dutaud Nagle—that suggests a modern fertility goddess. 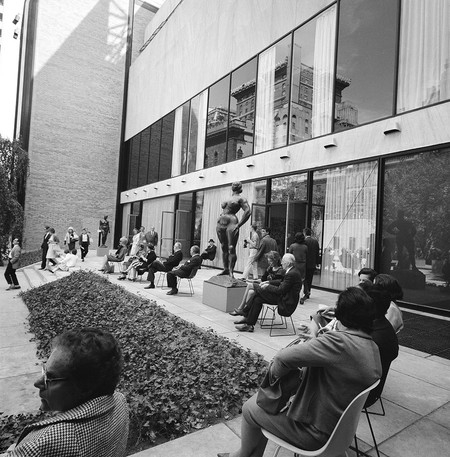 The nude figure (now in the Brooklyn Museum) is exaggeratedly voluptuous, and the three men joke about it, though Dennis is soon irked again by Tom’s contempt for art. As the sequence ends, Dennis is left staring at the figure as Ben stared at the masked head: the shots are twinned. Both men, one senses, realize for the first time during this MoMA jaunt that art need not be strictly naturalistic to contain poetic truths.

Masks provide the film with its central metaphor. Shadows probes the tension between the people we are when we wear our social masks—when we are performing—and the people we are without them. Tom’s belligerent persona conceals a man with a marked inferiority complex.

Ben’s James Dean-like self-consciousness not only shields him from acknowledging and fulfilling his talent as a trumpeter but from owning his identity as a black man in the film’s predominantly white milieu. Eventually, after taking a back alley-way beating—which anticipates Beat folkie Llewyn’s beating in the Coen brothers’ Inside Llewyn Davis (2013)—he walks away from his white friends. 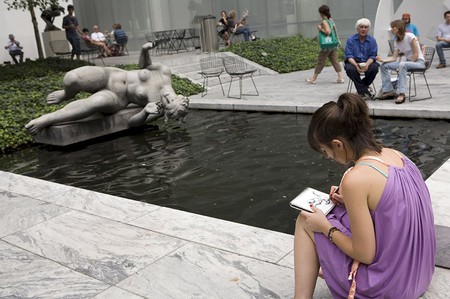 Hugh drives a wedge between Lelia and the white man Tony (Anthony Ray), who deflowers her but who is shocked to find this light-skinned girl comes from an African-American family. The control that Hugh, who sees himself as an attentive father figure, exerts over Lelia masks his lack of control over his career as a black singer in the white-dominated music business. Asked to introduce a line of scantily clad dancing girls at a low-rent club, he plays the humiliated artiste and bungles the job.

Lelia thinks she is the cat’s meow when it comes to men. Cruelly throwing over David for Tony, she is shattered by her emotionally empty first sexual experience and Tony’s dismay at realizing she’s black. Scarcely adult, Lelia takes refuge in the role of a liberated woman, telling her new black boyfriend, Davey (David Jones), “I am what I am and no one tells me what to do,” an assertion that both antagonizes him and masks her insecurities. Her self-confidence is admirable, but she has a lot to learn.

Cassavetes was not prepared, in 1959, to allow an interracial relationship to flourish in Shadows. But he preserves Lelia from the patronizing David and the equivocating Tony, who apologizes too late for his racism though redeems himself by recognizing there is no “difference” between him and Lelia. 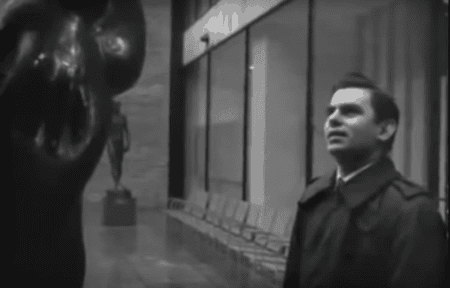 A more integrated and open-minded man than Tony is Dennis, one of Shadows‘ least “masked” characters. The shot of him gazing at Lachaise’s Standing Woman, after Tom and Ben have left the frame, is one of the most memorable in the film.

Dennis’s is not a traditional “male gaze,” but a look of perplexity and wonder. He may not be able to articulate what he feels, but the point is that he feels something—whether awe for the power of female sexuality or for the inexplicable power of art. It’s enough that he enjoys a moment of transcendence in New York’s midtown oasis.

Shadows is available on a Criterion DVD, Blu-ray, or multi-format disc. Opening hours and admission prices for the The Museum of Modern Art can be found here. MoMA, 11 West 53rd Street, New York, NY 10019.