Awesome New York Film Locations No. 12: The Little Red Lighthouse in 'In the Cut' 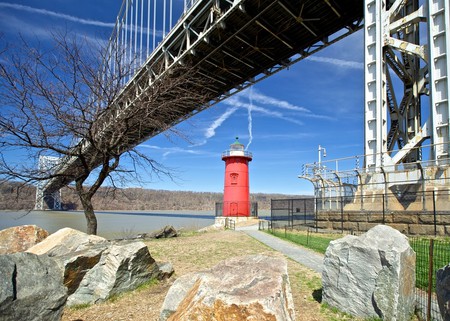 Jane Campion’s In the Cut (2003) is the best film about New York struggling bravely forward in the wake of 9/11, though it only makes sidelong references to the city’s battered spirit via shots of American flags. A brooding and sultry feminist noir adapted from Susanna Moore’s 1995 novel, it depicts the involvement of an English teacher, Frannie Avery (Meg Ryan at her most sensual and nuanced), and a working-class detective, Giovanni Malloy (Mark Ruffalo). 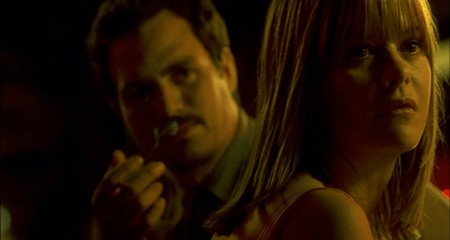 Mark Ruffalo and Meg Ryan in ‘In the Cut’ | © Screen Gems

Malloy is searching for the beheader of young women in the downtown neighborhood where Frannie lives—a killer who eventually penetrates the lives of Frannie and her step-sister Pauline (Jennifer Jason Leigh). The movie’s mood is intensified by Frannie and Pauline’s complex yearnings for the opposite sex, which have been colored by their upbringing, specifically their father’s serial marriages and affairs. Neither woman is at ease in pursuit of men, but when Frannie meets Malloy, it’s lust—and love—at first sight.

One of the books Frannie is teaching her class is Virginia Woolf’s To the Lighthouse (1927). And it’s to the Little Red Lighthouse beside the George Washington Bridge in Washington Heights that the movie careens for its paradoxically romantic climax. 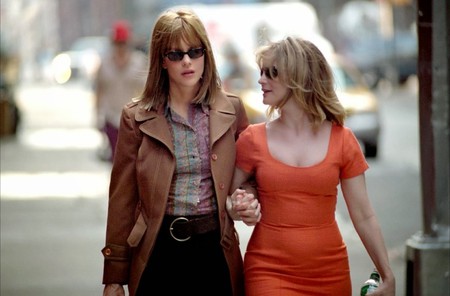 Frannie is whisked to this destination by the suddenly revealed killer, who dances with her on the lighthouse’s shielded ledge—to Dusty Springfield’s ‘The Look of Love’—and proposes to her, his usual ritual before strangling and ‘disarticulating’ his victims. Frannie is all but awed into complicity with this maniac. At the end, Campion’s film diverges from Moore’s book. An important detail is the fact Ryan’s Frannie is wearing Malloy’s jacket to keep warm.

In the Cut posits male hegemony as a citadel to be toppled. The lighthouse, first seen as a bright red phallic symbol drawn on Frannie’s classroom’s chalkboard, becomes associated in the film with the most evil kind of misogyny. Redness is used more ambiguously by Campion, as both a warning sign and the life force of blood. The blood that coats Frannie’s arms and legs at dawn after a night of terror is baptismal: she has grown into her strength. 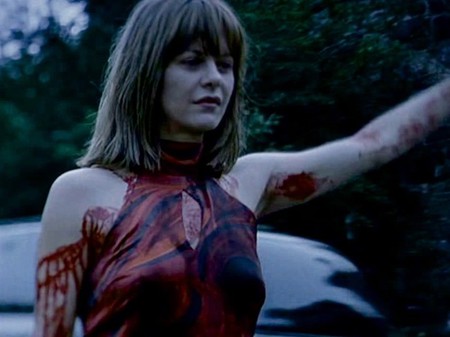 Hildegarde H Swift and Lynd Ward, respectively the author and illustrator of the children’s book The Little Red Lighthouse and the Great Gray Bridge (1942), might have been bemused by In the Cut. The book makes the case that small is beautiful and useful in the case of the stubby little lighthouse. It appears huge and resolute in Campion’s film, especially when filmed up close or from above. It’s only men that Frannie cuts down to size.

Originally the North Hook Beacon, the Little Red Lighthouse was built in Sandy Hook, New Jersey, but it was relocated and reconstructed in Fort Washington Park (formerly Jeffrey’s Hook) in 1921. The completion of the George Washington Bridge, with its navigational lights, in 1931, made the lighthouse obsolete. It was decommissioned in 1948.

The Little Red Lighthouse was then rescued from demolition by a protest movement, who wanted to preserve the 19th-century building and protect it as a national landmark. In 1951, the Coast Guard deeded the lighthouse to the New York City Department of Parks and Recreation. A year before Campion’s film was released, the lighthouse—New York’s last such beacon—was relit.

The Parks Department arranges occasional tours of the lighthouse. It is most easily viewable during the Summer on the Hudson: Little Red Lighthouse Festival (which in 2018 falls on September 29 at midday-4pm) and on an open day in October.