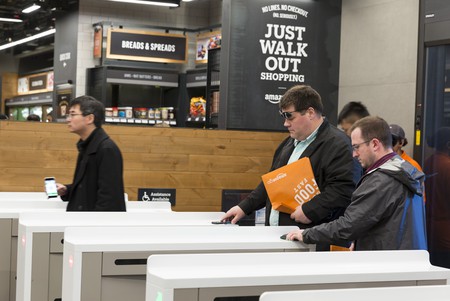 Amazon’s completely automated grocery stores are heading to New York amid concern for the future of retail jobs.

Amazon and a host of other companies are working hard to automate the grocery-shopping experience, but at what cost to the cashiers who work for them now?

For most people, grocery shopping is an arduous chore rather than a pleasurable pastime. Those shoppers just want to get their groceries and get out, with minimum hassle. Luckily for them, artificial intelligence and automation are making grocery shopping a lot easier with cashierless stores.

In January 2018, Amazon launched its first cashierless store in Seattle, where shoppers can walk in, place items in their bag and walk out without ever having to take as much as a credit card out of their pocket.

And now the concept is coming to New York City, although the exact location is yet to be announced. A day after the second Amazon Go store opened in Seattle in September, the company confirmed New York would be the next city to enjoy cashier-free grocery shopping.

The automated shopping experience is very simple for customers, but it features some extremely complex technology. Before shoppers enter the store they swipe their phones over a subway-turnstile-type entry, which logs them in to the store with their Amazon account. There are no baskets or carts; users put items into their own bags.

As shoppers pick up items from shelves in the store, they are added to their digital basket on their Amazon account. If an item is returned to the shelf, the item is removed from the online basket. 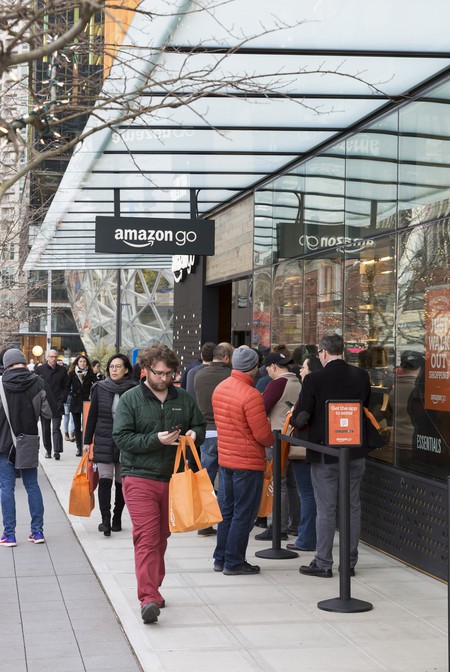 Amazon won’t reveal exactly how this technology works, but there are hundreds of small cameras throughout the store that use computer vision and machine learning to see and track every item.

Amazon may have been the first to open an automated store in both Seattle and New York, but the trillion-dollar company has been beaten to the punch in San Francisco. Standard Cognition, a San Francisco-based start-up, opened a store called Standard Market in September. Users check in to the store with the Standard Cognition app and shop in a similar way to in an Amazon Go.

Details on the Amazon New York location are still sparse, but if the technology is embraced, this could be the first of many stores seemingly designed for the busy lifestyles of New Yorkers.

However, the emergence of these types of stores raises familiar questions over potential job losses caused by automation. In 2017 a report from the World Economic Forum said 30-50 percent of the world’s retail jobs could be in danger if technologies like the automated checkout system were introduced.

Another study in the same year, by Cornerstone Capital Group, predicts that 47 percent of the 16 million Americans working in retail could be made redundant by automation technology. According to that research, in-store roles such as cashiers are most vulnerable.