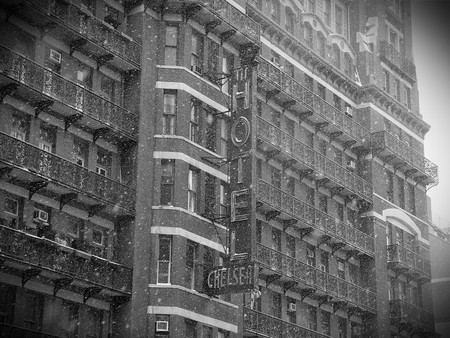 He may have hailed from Pittsburgh, but no one is more synonymous with New York City than the late, great Andy Warhol. He moved to New York in 1949 and took the city by storm as one of the foremost leaders of the Pop Art movement, an avant-garde filmmaker, writer, and ultra-socialite. Experience New York City in Warhol-like technicolor by visiting the artist’s local haunts.

Housed on the second floor of the Hook and Ladder Company firehouse, Andy Warhol’s first non-residential studio was located on 87th Street and Lexington Avenue – just two blocks away from his apartment at 1342 Lexington Avenue between 89th and 90th. For only $150 a month, Warhol leased the space from 1962 to 1963. The building, which has since been used as storage space, was reportedly sold for nearly $10 million in 2016. 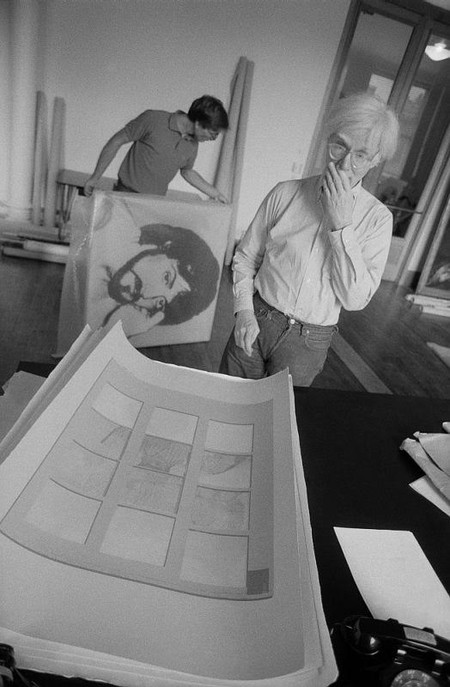 Warhol’s artistic acclaim and avant-garde aesthetic placed him at the center of the cultural universe. Widely referred to as “The Factory,” Andy Warhol’s subsequent studios were far more than working spaces – they were amongst the most proficient and culturally-relevant points of interest in New York City. While the location changed several times over the course of his career, The Factory continued to serve as an artistic and social epicenter for Warhol and his celebrity friends. Factory gatherings fostered the formation of legendary cult rock group The Velvet Underground, raised Warhol’s muse, Edie Sedgwick, to cinematic stardom, and were frequented by pop culture icons such as Bob Dylan, Mick Jagger, and Salvador Dalí.

*Factory locations are pinned on a map below.

This 19th century landmark building boasts an astounding list of former patrons and residents, and needless to say, saw many a scandal and overdose in its historic rooms. Andy Warhol frequented this buzzing locale with his “superstars” in its heyday, profiling their lifestyle in his 1966 film Chelsea Girls. The hotel is now closed, but the building still stands.

An icon of New York City nightlife until its doors closed in 1986, Studio 54 was a hotspot for Warhol and his entourage. The club is no longer in operation as it was, but Warhol fans can still visit the building, which now houses the Roundabout Theatre Company. 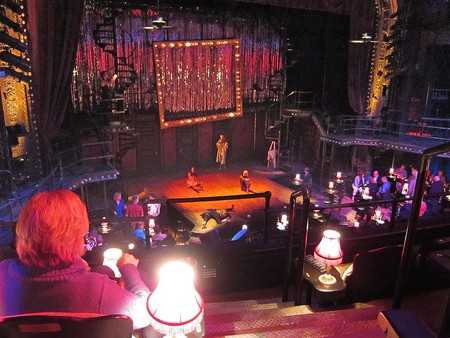 Another star-studded nightclub that closed in 1981, Warhol proclaimed that “Max’s Kansas City was the exact spot where Pop Art and Pop life came together in the sixties.” A popular gathering point for major artists like Robert Rauschenberg and John Chamberlain, the regular clientele drew creative masses. The Velvet Underground regularly performed at the Gramercy Park venue, which became central to the glam rock scene of the 1960s and 70s. 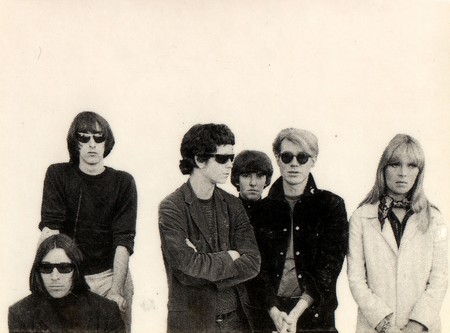 From 1931 until 1971, the Women’s House of Detention stood in Greenwich Village. A notable inmate was Valerie Solanas – the woman who attempted Andy Warhol’s murder in June of 1968. The radical feminist and diagnosed schizophrenic entered The Factory and shot Warhol three times, accusing him of stealing her written work. Injured by the third shot, Warhol survived – but the event undoubtedly influenced his subsequent demeanor. The prison that held Solanas was eventually closed and a community garden, the Jefferson Market Garden, was planted in its stead. While Warhol lived in fear of Solanas after the attack, he frequented the site in the 80s before his death. The garden still stands today, open from the spring through the fall. 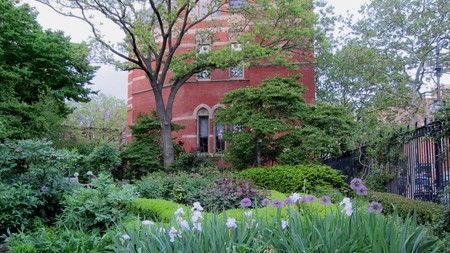 Considered “New York’s first coffee house boutique,” Serendipity 3 was one of Andy Warhol’s favorite eateries before he rose to stardom. Known for its charming décor and decadent sweets, the café opened in 1954 and remains a beloved dining destination in Manhattan. Warhol was a frequent patron at the beginning of his career, and supposedly paid his bills in drawings according to Serendipity’s website. 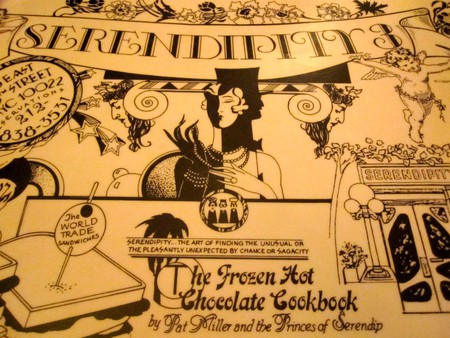 Empire was a film that Warhol directed and produced in the summer of 1964. The film runs for over eight hours, showcasing continuous footage of the Empire State Building in slow motion. It begins at sunset with the building emerging from a white screen and ends in blackness just before 3am. At the time of its release it was impossible to find a shortened version of the film; but its impracticality was an integral part of the art form. The film is purposefully tedious, forcing the viewer to question the nature of film, art, and observation.

The New York Academy of Art

Located in Tribeca, the New York Academy of Art is a private art school founded in part by Andy Warhol in 1980. The school’s mission is to support the study of figurative art through classical education, operating on the basis that intensive training is the best means for a contemporary artist to realize their unique aesthetic. Despite Warhol’s outwardly unconventional approach to his craft, he worked to promote the ‘classical art background.’ 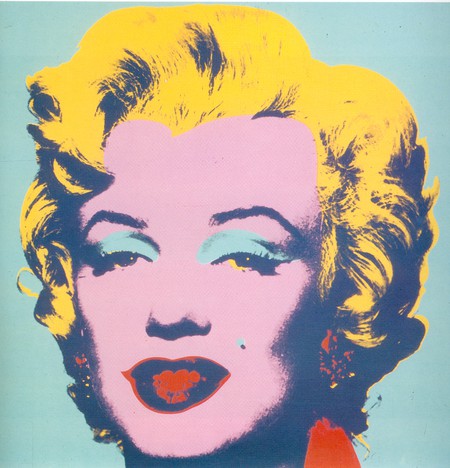 The Church of St. Vincent Ferrer

Located on Lexington Avenue in Manhattan, the Church of St. Vincent Ferrer is where Warhol frequently attended Mass in the 1960s and 70s. Warhol remained a devout Catholic throughout his life, regularly attending services but supposedly declining to participate in religious rituals such as taking confession. Once he became a known cultural figure, Warhol aimed to keep his presence at church quiet for fear of being recognized, and perhaps due, in part, to the conflict of his homosexuality. 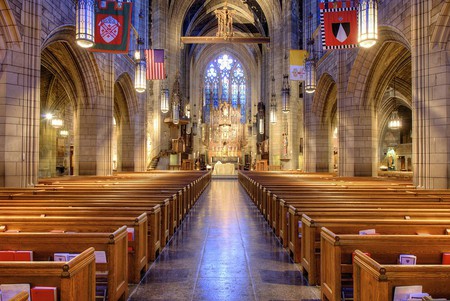 The Museum of Modern Art

While Warhol’s artworks can be found in special exhibitions around the world, the Museum of Modern Art houses some of the artist’s most iconic works in their permanent collection, including Campbell’s Soup Cans (1962), Double Elvis (1963), and Gold Marilyn Monroe (1961). 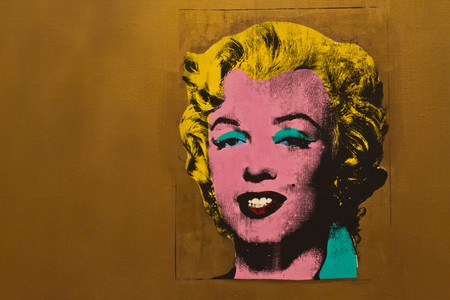 From his 1963 Orange Disaster #5 to Flowers (1964) and Self-Portrait in Drag (1981), New York City’s Guggenheim Museum claims an impressive collection of Andy Warhol’s paintings, silkscreens, and photographs. 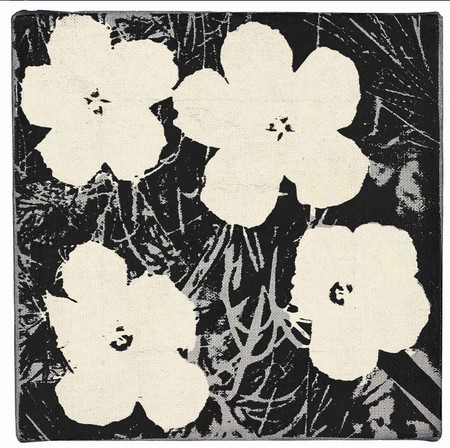