An Introduction To The Beastie Boys In 10 Songs 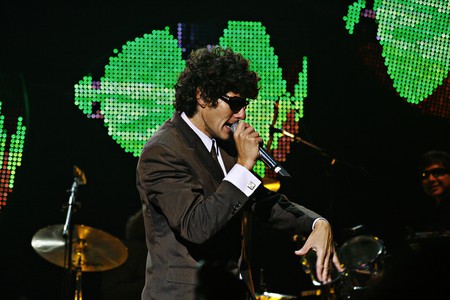 New York born and bred Michael Diamond, Adam Yauch, and Adam Horovitz are the members of iconic alternative rap group, The Beastie Boys. Though originally intended to be a four-piece hardcore punk band, it was their experimental hip-hop 12-inch Cooky Puss (1983) that launched the group into the limelight. They made a full transition to hip-hop, never looked back, and the rest is history.

In 1985, The Beastie Boys were living the dream. They had signed on to open for Madonna’s Virgin tour, and they were gaining mainstream fame while simultaneously releasing experimental music. Their album, titled Licensed to Ill, featured the hit song ‘No Sleep Till Brooklyn.’ No song serves as a better introduction to this rag-tag team of misfits, as it is as cheeky as it is funky.

Another song off of their first album is the iconic ‘(You Gotta) Fight For Your Right (To Party)’. This song grew to be an anthem of youth, and you’ve probably heard it in movies, at parties, or just blaring from a car cruising down the street. Though it’s considered an example of hard-rap, this song was selected by The Rock and Roll Hall of Fame as one of the 500 songs that helped shape rock n’ roll.

After the release and success of their first album, The Beastie Boys released their second album, Paul’s Boutique, in 1989. It was not an immediate success, and was deemed a commercial failure by the Boys’ production company. But after some time, their fans grew to love the album, and today it’s considered a turning point in The Beastie Boys’ musical career. Their song ‘Shake Your Rump’ is one of the better-known songs on the album.

Another well known jam to come from their second album is ‘Hey Ladies.’ Paul’s Boutique started a new genre of music – a mix of hard-rap and alternative. As a result, The Beastie Boys are as iconic in the rap industry as they are in the alternative music scene. The Beastie Boys stayed true to their original style, which is what has always separated them from other musical acts.

1992 saw the release of The Beastie Boys’ third album, Check Your Head, released by Capitol Records. Check Your Head saw a return to the group’s punk roots, which is particularly evident in ‘Pass the Mic.’ Check Your Head was also the first album in which they played their own instruments. Even for this group of eccentrics, many considered this to be the Boys’ most outlandish album to date.

‘So What Cha Want’ is a second song off of their album Check Your Head. It’s a funky track that plays with beats and lyrics, and The Beastie Boys are well known for their playful lyrics. Spin magazine ranked Check Your Head at number four on their list of the 20 best albums of 1992, and at number 12 on their list of the 90 greatest albums of the 1990s.

Their fifth studio album, Hello Nasty, was released in 1999. It sold 681,000 copies in its first week, and took home two awards from the 1999 Grammy’s. ‘Intergalactic’ is one of the most unconventional songs of the 1990s, embracing the Boys’ free-spirit sound. Hello Nasty was critically acclaimed, and ultimately considered a huge step forward from their 1992 album, Check Your Head.

Hello Nasty also introduced the world to the hit, ‘Body Movin’.’ The song used in their music video was actually a remix created by Fatboy Slim. The original song is slightly slower-paced, but just as innovative. The Beastie Boys sound is in fact so unique that many DJs sample from their albums to create even funkier masterpieces.

The funk didn’t stop after their fifth studio album. In 2004, The Beastie Boys were still going strong, and released their sixth album, titled To The 5 Boroughs. True to the success of their other albums, To The 5 Boroughs debuted at number one on the Billboard 200 list, selling 360,000 copies during its first week. ‘Ch-Check It Out’ was the album’s lead single.

Even in recent years, The Beastie Boys haven’t slowed down. From their eighth studio album, Hot Sauce Committee Part Two, the Boys introduced the song ‘Don’t Play No Game That I Can’t Win,’ featuring singer/songwriter Santigold. This song is just further proof that The Beastie Boys continue to be true to their original sound and style.