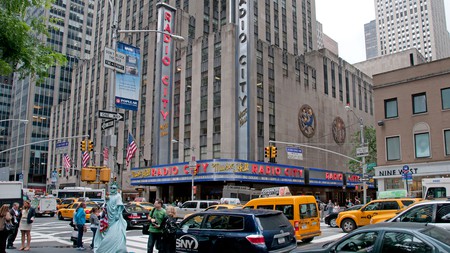 An art-deco architecture tour of NYC will take you past some of most famous examples of the style in the world. Some stand out – the Chrysler Building and Empire State Building, for example – but there’s no shortage of art-deco buildings in New York. To help you on your architectural odyssey, here’s our guide.

Interested in discovering New York’s art on ground level? Check out this minibreak, which combines art-showcasing experiences and a vibrant hotel. 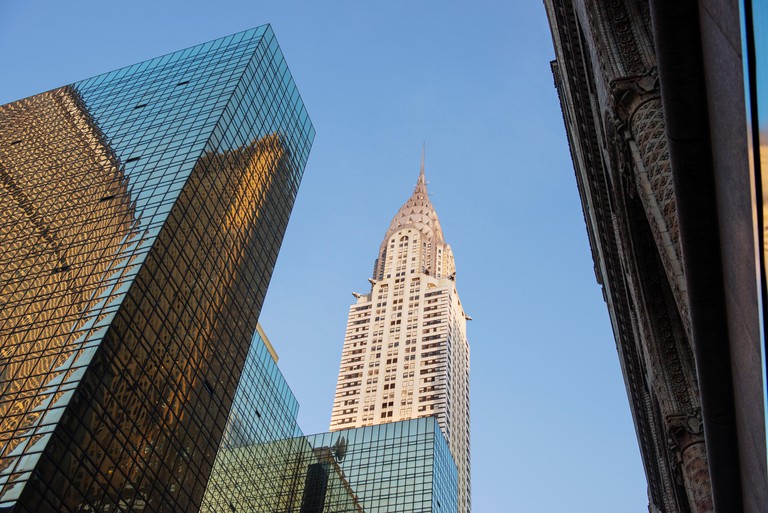 © Cavan Images / Alamy Stock Photo
Built by architect William Van Alen, the Chrysler Building was completed in 1930 and remained the tallest building in the world until the record was surpassed by the Empire State Building 11 months later. Currently, it is the fifth tallest building in New York at 1,046ft (319m), including the spire, and has 77 floors. The top of the building is easily recognizable as classic art deco. 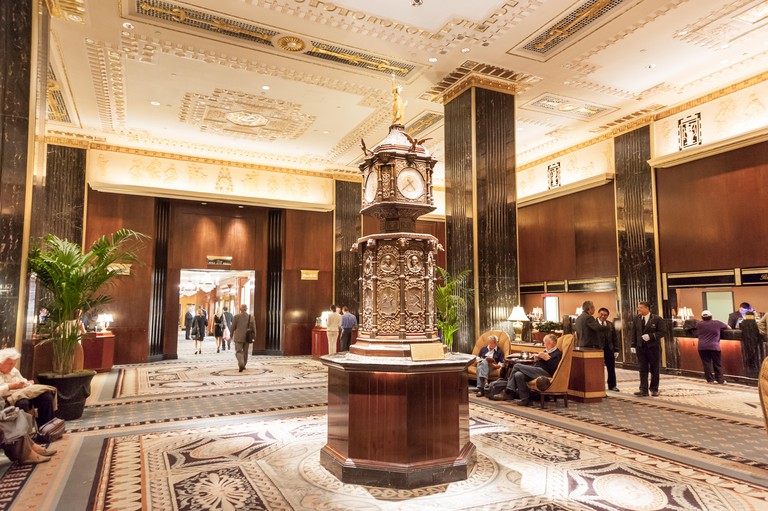 © Alex Segre / Alamy Stock Photo
View Rooms
Completed in 1931 after a history of feuding families and two smaller buildings – the Waldorf and the Astoria – the current building, called the Waldorf Astoria New York, was designed by Schultze and Weaver and was the tallest hotel in the world until 1963.
More info 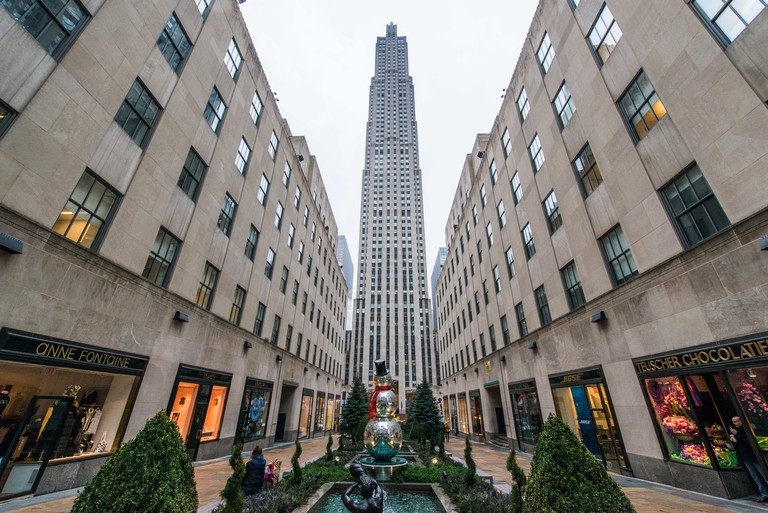 The Rockefeller Center comprises 19 buildings in Midtown Manhattan. The 14 original buildings in the center were built in the 1930s in the art deco style, while the remaining five buildings followed later with more modern architectural features. The complex is a popular tourist destination as well as the spot for the annual Christmas tree lighting ceremony that is broadcast live across US networks. It also has an observation deck called Top of the Rock, which offers a 360-degree view over the city from the 70th floor. 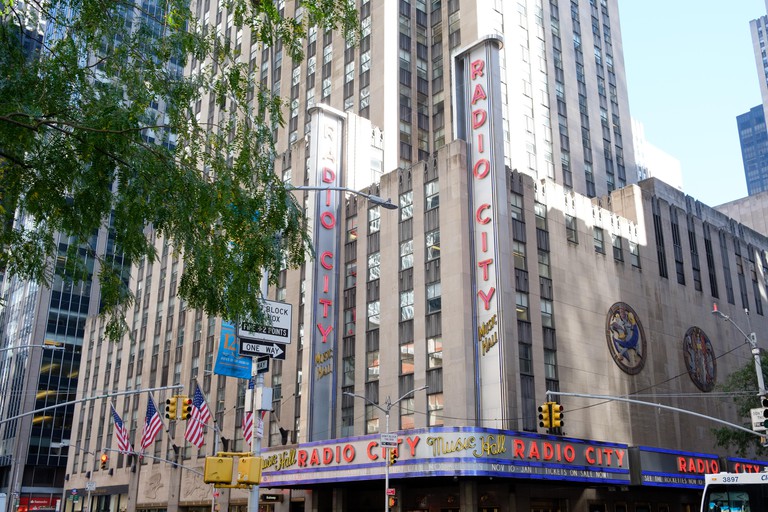 © travelsy / Alamy Stock Photo
The Radio City Music Hall, opened in 1932, is an entertainment venue that stands across the street from the main plaza on 6th Avenue. Designed by the architect Edward Durell Stone, it has a seating capacity of approximately 6,000 guests. The interior features art deco ornaments and fixtures, furnished by the designer Donald Deskey. It is home to the women’s dance group known as the Rockettes and their traditional Radio City Christmas Spectacular that has been an annual tradition since 1933. 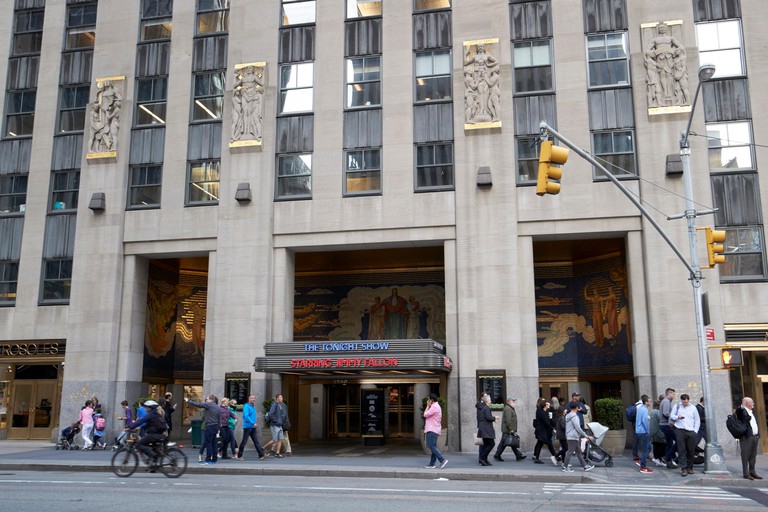 © Radharc Images / Alamy Stock Photo
The main building of the Center, 30 Rockefeller Plaza is a 70-floor-high skyscraper that serves as the headquarters of NBC Universal, housing numerous studios including The Tonight Show Starring Jimmy Fallon, Late Night With Seth Meyers, and Saturday Night Live. It is often colloquially referred to as 30 Rock, which is also the name of the TV show that takes place in the venue. 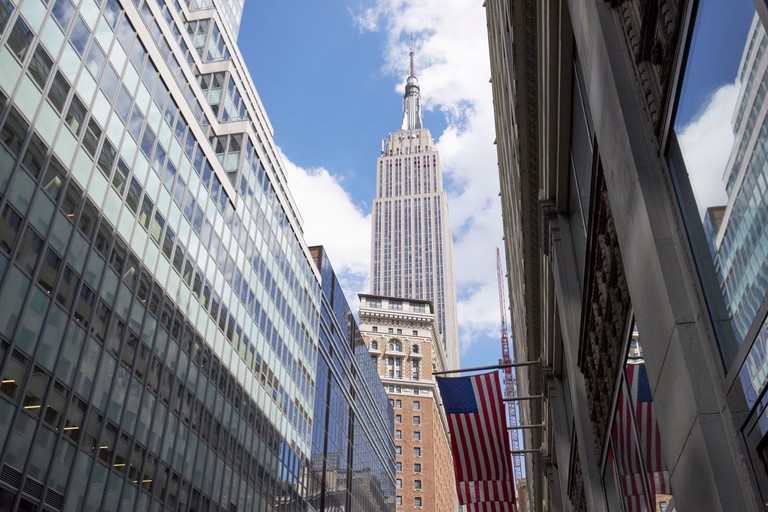 © Radharc Images / Alamy Stock Photo
Book Now
An essential part of the New York City skyline, the Empire State Building was completed in 1931, making it the tallest building in the world until 1970 when the North Tower of the World Trade Center surpassed the record. The building was designed from the top down in two weeks by architect William F Lamb and has been designated one of the Seven Wonders of the Modern World by the American Society of Civil Engineers. Visitors have the option to go up to the outdoor observation deck on the 86th floor or the indoor observatory on the 102nd floor. Both places have been featured in several notable films including An Affair to Remember (1957) and Sleepless in Seattle(1993).

The New Yorker A Wyndham Hotel 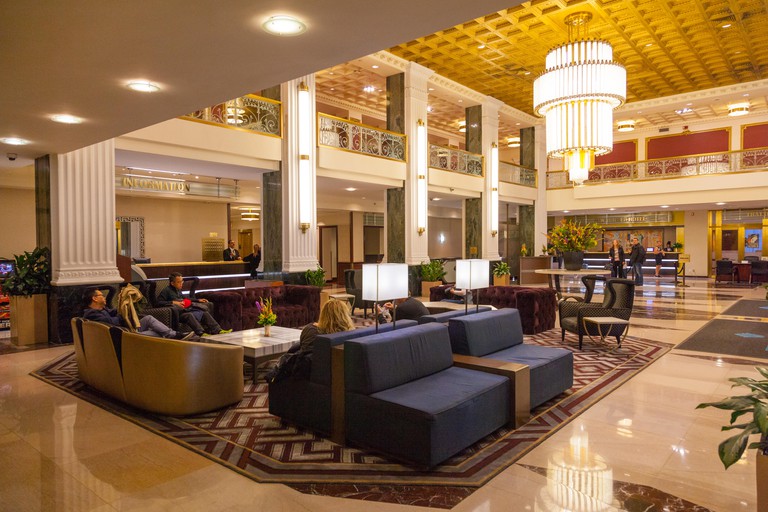 The New Yorker, operated by Wyndham Hotels & Resorts, opened in 1930 and was designed by architects Sugarman and Berger. At the time of the opening, the hotel had around 2,500 rooms and five restaurants (it now has about 1,000 rooms). It has also been home to renowned figures such as Nikola Tesla and was a popular destination for the rich and famous, from the Brooklyn Dodgers to Muhammad Ali. At one time, it was owned and operated by Hilton Hotels. Currently, the owner is the Unification Church of the United States.