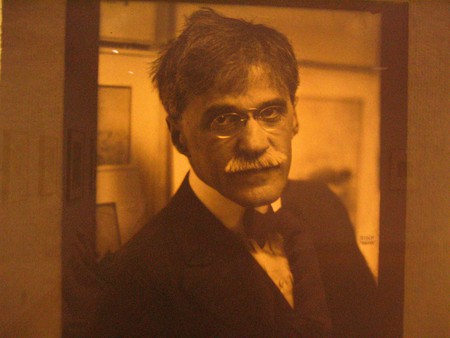 Portrait of a portrait of Alfred Stieglitz| © torbakhopper/flickr

New Jersey-born, New York City-based photographer and art promoter Alfred Stieglitz (1864-1946) was one of the art industry’s most important proponents in the 20th century. For over 50 years, Stieglitz worked to cement photography as an accepted art form around the world, and his work as a photographer, publisher, and gallerist established photography as a form of fine art in New York. We delve into Stieglitz’s many accomplishments, taking a closer look at his life and work.

Alfred Stieglitz was born in Hoboken, New Jersey on January 1, 1864, to German-Jewish immigrants. His family’s wealth afforded him the opportunity to study abroad and travel throughout Europe. While studying mechanical engineering at the Technische Hochschule in Berlin, he was introduced to photography during a chemistry class taught by Hermann Wilhelm Vogel. Vogel was researching the chemistry of photography – a still-developing field at the time. This project served to challenge Stieglitz academically and afforded him an outlet for his artistic interests. After the course, Stieglitz bought his first camera (an 8×10 plate film camera) and traveled the European countryside taking photographs. 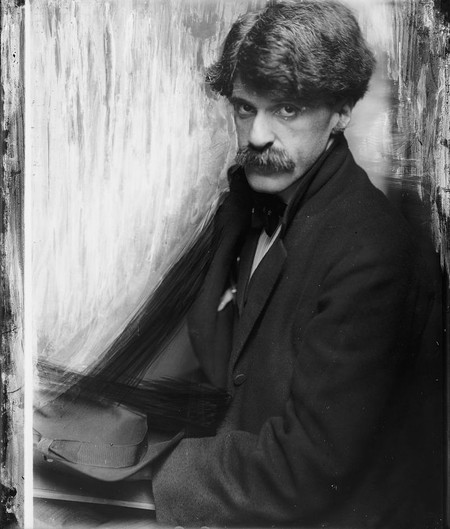 After reluctantly moving back to New York City following a family tragedy, Stieglitz began photographing life on the streets. His photographs were featured in exhibitions at the Boston Camera Club, the Photographic Society of Philadelphia, and the Society of Amateur Photographers in New York. With the newfound freedom of his first hand-held camera (a Folmer and Schwing 4×5 plate film camera), he created some of his best-known images: Winter, Fifth Avenue and The Terminal. In 1907, he took his most famous photograph, The Steerage, while traveling to Europe with family. 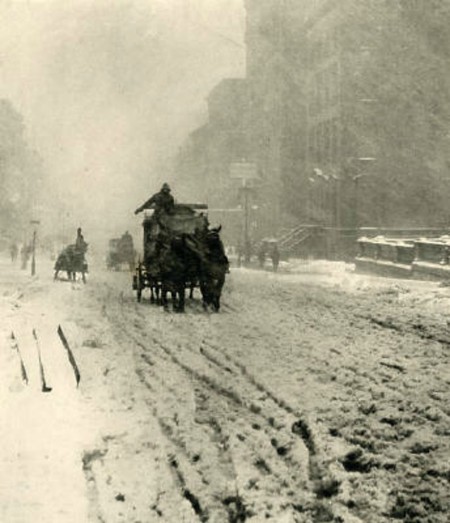 Stieglitz’s work sought to soften the brutality of American industry by fostering a natural, romantic feeling. Where most photographers of this time achieved this effect in post-processing, Stieglitz’s images relied on his keen sense of composition, technical ability, and the elements – Stieglitz often chose to photograph in bad weather and difficult lighting conditions. 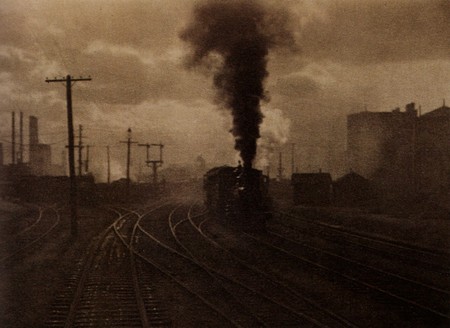 While living in Europe, Stieglitz began collecting books that would later become part of his massive library, as well as establish a foundation for his thoughts on photography as a form of fine art. Once back in New York City, Stieglitz immersed himself in various camera clubs. He facilitated the merger of the Society of Amateur Photographers and the New York Camera Club, which formed the Camera Club of New York led by Stieglitz himself. As VP of the Camera Club of New York, he turned the club’s newsletter into an expanded magazine, Camera Notes. Camera Notes became one of the leading magazines of photographic arts by featuring many of the leading photographers throughout the United States and Europe. 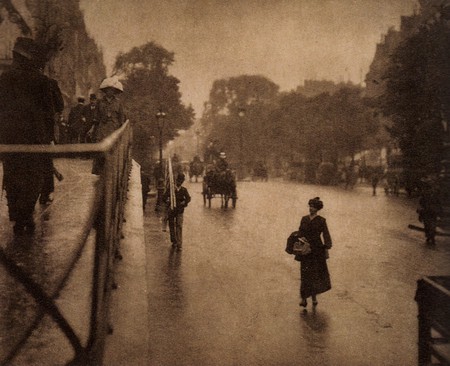 A Snapshot: Paris, 1911 (one of two with same title) | © Alfred Stieglitz/wikicommons

Propelled by the success of Camera Notes, Stieglitz began working on an independent magazine featuring the work of many Pictorial photographers, most of which were affiliated with his recently established Photo Succession Movement. The first issue of Camera Work was published in January 1903 and featured beautiful hand-pulled photogravures done by his printing company, The Photochrome Engraving Company. Stieglitz, a perfectionist, would personally touch up dust spots before mailing each issue out. The magazine ceased publication in 1917 after the war took its toll and Stieglitz’s abandonment of Pictorialism resulted in the subscriber base to dwindle from 650 to 36. During Camera Work’s run, it featured the work of Paul Strand, Edward Steichen, Clarence H. White, Robert Demachy, Frank Eugene and many others. 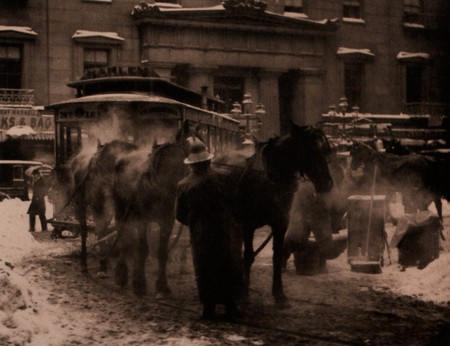 In 1905, Edward Steichen offered Alfred Stieglitz the use of his former studio, a small space located at 291 Fifth Avenue, to turn into a gallery. The first exhibit at The Little Galleries opened in January 1906, featuring works by Photo-Succession members including Edward Steichen, Clarence H. White, and Robert Demachy. Over the course of the next few years, the gallery exhibitions gained critical acclaim and hundreds of visitors, allowing the space to expand into the next building, 293 Fifth Avenue. Due to Stieglitz’s affection for the original space, the new gallery was named 291 although it no longer held that address. Over the course of the next 13 years, the gallery held many influential shows including the first exhibitions of Henri Matisse, Paul Cézanne and Pablo Picasso’s work in the United States. In 1917, the gallery succumbed to the tolls of the war and financial issues. 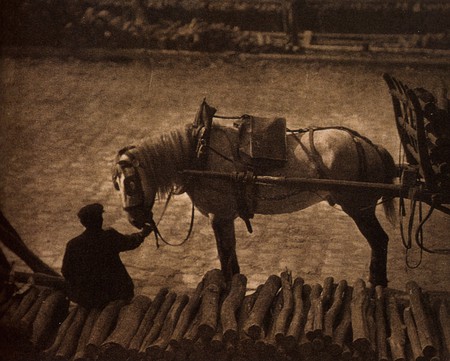 A Snapshot: Paris, 1911 (one of two with same title) | © Alfred Stieglitz /wikicommons

Alfred Stieglitz went on to open The Intimate Gallery and an American Place, which he worked with until his death in 1946. In 1936, he debuted the work of up-and-coming photographer Ansel Adams. Stieglitz and his influential galleries and exhibitions are credited with creating a new appreciation and market for American art that had not existed before.

Alfred Stieglitz met Georgia O’Keefe, a young painter, when he exhibited her paintings at 291 in 1916. Starting as artist, mentor and muse, Stieglitz and O’Keeffe went on to become one of the most prominent couples of the twentieth century. Their 40-year relationship resulted in the exchange of 25,000 pieces of paper that have since been collected and published in the book My Faraway One: Selected Letters of Georgia O’Keefe and Alfred Stieglitz: 1915 – 1933. Over the course of the marriage, Stieglitz took over 350 portraits of O’Keefe, showing a wide array of character and beauty. His photograph Hands sold for a whopping 1.47 million dollars in 2006. This series of images is thought to be Alfred Stieglitz most innovative work and sums up his switch from Pictorialism to Modernism. 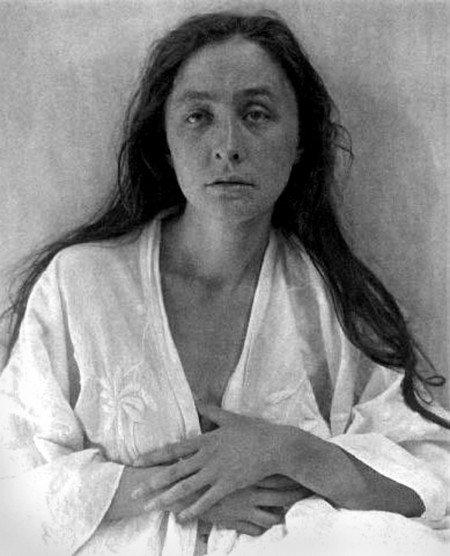