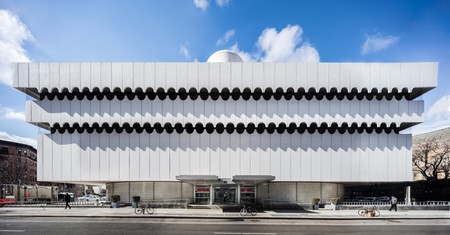 Sam Lubell, an architectural critic and the author of Mid-Century Modern Architecture Travel Guide: East Coast USA, takes readers on a journey through some of New York City’s most cherished historic sites. Here, Lubell explains why a new appreciation for the democratic mid-century design style has surfaced and highlights a few of his must-see favorites, including Frank Lloyd Wright’s well-known Guggenheim Museum and more under-the-radar gems like Costas Machlouzarides’s Greater Refuge Temple.

Sam Lubell and photographer Darren Bradley spent several weeks in 2017 road-tripping around the East Coast to document 250 must-see mid-century wonders. Their journey culminated in the publication of Mid-Century Modern Architecture Travel Guide, a compact book through which readers can explore the history behind each Modernist structure – and perhaps find a bit of inspiration to see the sights themselves. After all, architecture is meant to be experienced in person.

New York City, Lubell’s current home base, is full of examples, many of which are featured in the book. “They’re all hidden in plain sight,” Lubell says. “Some of them, like the Seagram Building or the Guggenheim, everyone knows, but there are so many things (even really well-known things) that many people don’t know or don’t know the significance of.” For example, Lever House, designed by Gordon Bunshaft (a former partner at the famed Skidmore, Owings and Merrill architectural firm), was one of the first glass skyscrapers in the world when it was constructed in 1952. “[Some of these designs] were incredibly ahead of their time, and we take them for granted now, but when you think about the context of what it was like then … it’s sort of amazing,” Lubell says.

Mid-century style, in keeping with the often cyclical nature of artistic movements and trends, has seen a resurgence in interest in the 2010s. Mid-century architecture was particularly unique because it was so revolutionary: strong, efficient, affordable design for everyone; it was architecture for the masses. Modernism was about changing the world, radically confronting what was no longer working and building a new architectural language for the future. Although the aesthetics varied widely (from simple, streamlined concrete structures and heavy glass-clad facades to more ornate and futuristic designs), new technologies and materials that emerged from the post-war period allowed for a new sense of possibility.

For Lubell, a nostalgic turn to mid-century design also marks a distinct yearning for the optimism that largely defined that period. “There’s this energy to it, there’s this beauty to it. But there’s certainly an amazing style to it that we feel like we’ve lost,” Lubell remarks. “And I think people respond to that because we have too much banality and not enough inspiration these days.”

So if you find yourself wandering New York City, longing for a slice of the past, here, in his words, are a few of Sam Lubell’s recommendations for must-see Modernist architectural sites.

The most unusual mid-century building in New York City 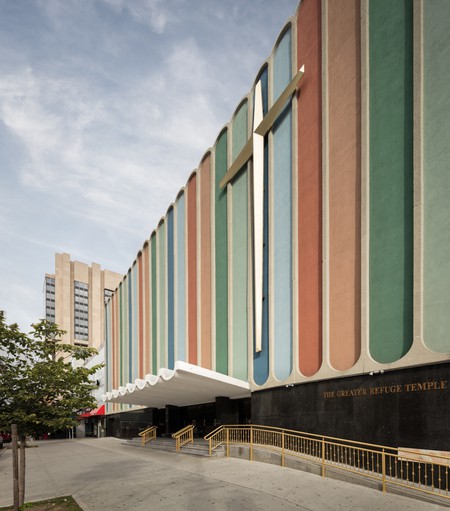 “I really like going to Harlem in general – it’s just a great place to visit. I love the food, the music, and there [are] some great mid-century churches there. Greater Refuge Temple is a really cool place to visit. It’s got a sort of Candy Land facade, Googie/Jetsons front, very colorful Technicolor, and then inside it’s this unified giant space that transports you. I think it’s a great surprise.”

A surprise in plain sight 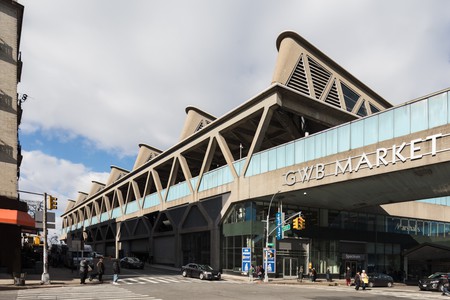 “[Pier Luigi] Nervi – one of the great structural combiners of engineering and architecture – designed the George Washington Bridge Bus station, which most people don’t know exists. Just the scale of it, it’s like Herculean scale: all these concrete trusses exposed, these giant vents shooting upwards like rocket launchers. It’s a total, fantastic surprise that you didn’t know existed.”

Three of the most underappreciated buildings in New York City

Vivid remnants of mid-century design can be found at the site of the 1964 World’s Fair in Queens. 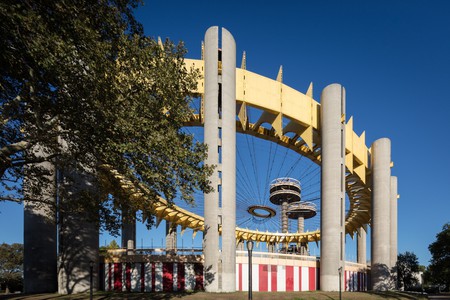 “Philip Johnson’s [structure] is a giant Modernist ruin at this point – but it’s all there. It’s like walking into another time. There’s this giant floating steel ring, floating on these concrete columns, and it feels like you’re in outer space … Everything was about changing the world and using the future as a way to not just escape our reality but also create a new reality.”
The Unisphere 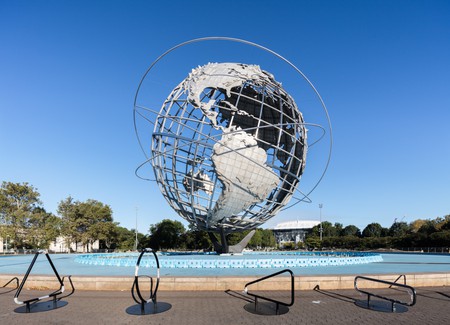 “Right next to the New York State Pavilion, [there’s] the Unisphere, which is this giant globe that was the centerpiece of the World’s Fair. Just the sheer scale of it, you can’t get a real idea of how big it is until you go there. You see this steel globe and you see the world on it [with] landforms mapped out … with the path of satellites being traced around it. It’s this whole idea of the world being united through this futurism idea.”
New York Hall of Science 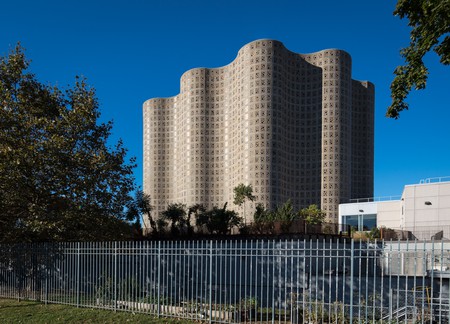 “[Designed by] Wallace Harrison, it’s this wavy concrete structure that you really need to go inside, because the way it uses glass blocking inside this contoured structure is incredible. I call it like being in a cathedral of science – the blue stained glass … it’s just remarkable.”

A must-see short day trip outside the city 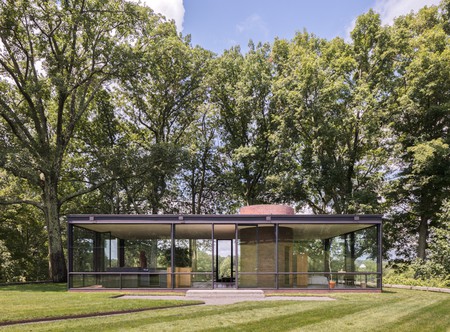 “Definitely a must-see. Instead of putting paintings on the wall, you make the scenery become the paintings. But what’s so amazing about it, it’s not just the house itself, but the whole property. [Johnson] did quite a lot on it, [including] a museum for artworks and a sculpture gallery. He was one of the founders for MoMA and had an incredible collection of art. New Canaan was certainly one of the capitals of Modernist architecture in the world. We only hit the tip of the iceberg in the book, but there [are] so many things to visit right there just outside of the Glass House.”

An unexpected ‘starchitect’ in the Bronx 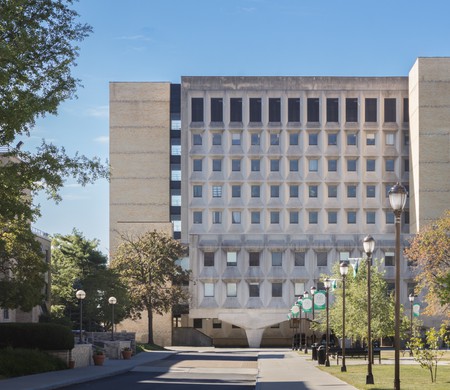 “Marcel Breuer did the Whitney Museum, but he also did the whole campus for what was originally NYU’s uptown campus and now Bronx Community College. You would never know it, but there’s this whole campus designed by Marcel Breuer up there.”