NYC is full of monuments, landmarks, and museums for anything and everything. No matter what you’re interested in, it probably has history in New York, and music is no different. Nearly every famous musician has come through here, and it’s the city where many of them actually got their start. And while there’s plenty to learn about music in New York through museums or historical sites, one of the more unique things about NYC’s music history is that, if you know where to look, you can see it on the street. From cafes to building facades to perhaps your very hotel room, our guide will help you find some of NYC’s best music landmarks that you might’ve otherwise overlooked.

On #InternationalDayOfPeace and every day, we #Imagine … #JohnLennon #StrawberryFields #CentralPark

Born in 1952, Joe Strummer was the lead singer of iconic British punk band The Clash. The band was known for its rebellious attitude, politically charged lyrics, and fearlessness. The Clash influenced the alternative rock scene in countless ways, and in 2003 both The Clash and Joe Strummer were inducted into the Rock and Roll Hall of Fame. Strummer died in 2002, and in 2003 a mural in his memory was painted in the East Village. Though it was temporarily defaced due to construction in 2013, it has since been fully restored. 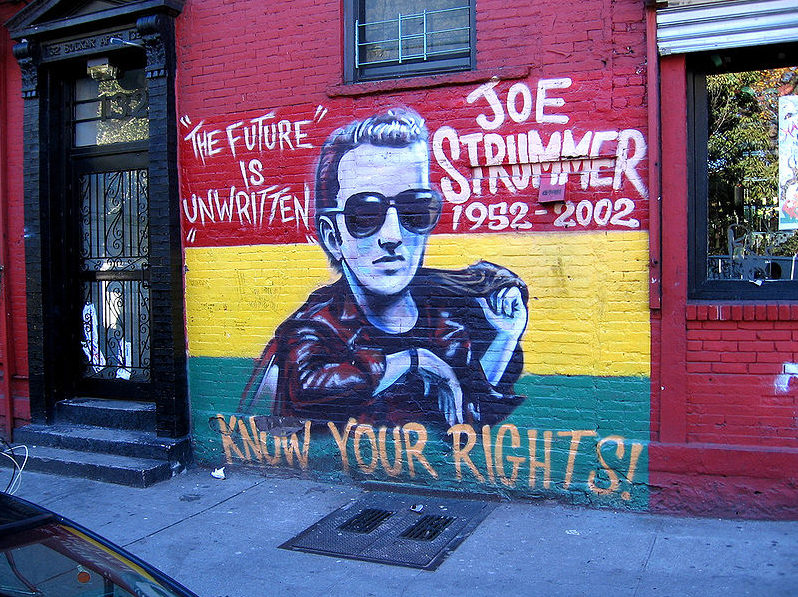 Though you’d never know it from the outside, Cafe Wha? was an essential venue in Greenwich Village during the 1960s’ days of art, music, and revolution. It helped launch the careers of Jimi Hendrix, The Velvet Underground, Bruce Springsteen, and Bob Dylan (to name only a few). Bob Dylan even played his very first NYC show here in 1961. Though it’s changed over the years, Cafe Wha? is still a great place to hear music, or simply to feel the energy of its musical history.

The legendary Cafe Wha? in Greenwich Village is a staple in the New York City music scene. Hosting an eclectic group of acclaimed artists, such as Bob Dylan, Jimi Hendrix, and Bruce Springsteen, this basement bar served as a social hub for over 50 years. Today, Cafe Wha? still hosts live music – 7 nights a week.

While NYC has been the backdrop for countless music videos and photoshoots, it’s also the backdrop for the cover of Led Zeppelin’s album Physical Graffiti. There isn’t much to do at this site other than recognize it, but if you’re a Led Zeppelin fan it’s pretty cool to see. The rumor is that Led Zeppelin and the album cover designer spent weeks wandering NYC in search of the perfect backdrop, and they settled on 96-98 St Marks Place. 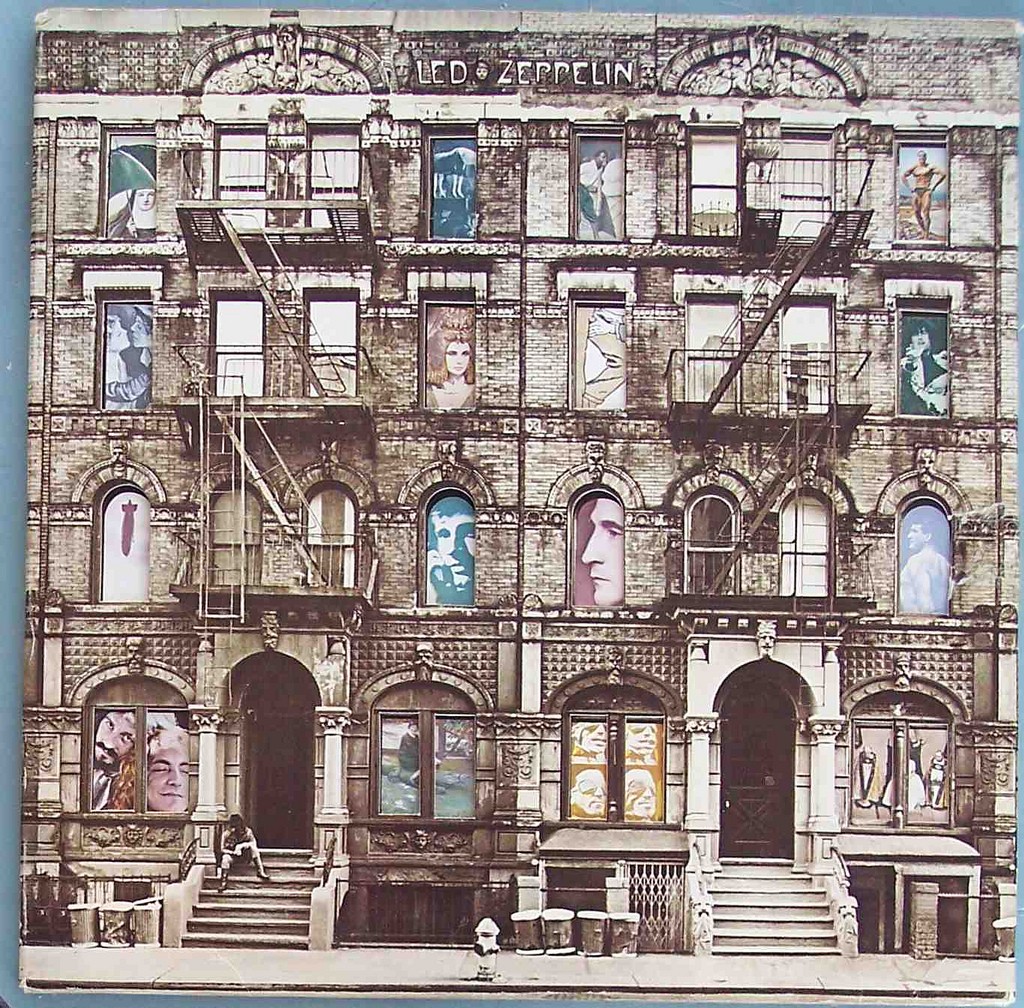 Another iconic album cover is The Freewheelin’ Bob Dylan, released in 1963. It was his second album, and the romantic photograph of him and his girlfriend, Suze Rotolo, was taken at the corner of Jones Street and West 4th Street in Greenwich Village. The site is close to where the couple lived at the time, and the photograph is said to have influenced cover art to come with its casual and unposed look.

The Free Wheelin' Bob Dylan. Record VG-, cover VG. $17 plus S&H. If there is something you are looking for let us know and we Will see what we have or what we can do. First come first serve. Just leave your email address below that is connected to your pay pal account, and we will send over a pay pal request as soon as possible. We will ship out all records once a week and it will generally be 2 days after posting (if delayed we will let you know). Shipping and handling is $5 per record or 3 records. And $5 more after that. We are not expert records graders, so we will grade to the best of our ability. If you are unhappy with a record just let us know, send us DM and we get back to you and resolve the issue the best we can. With more valuable and hard to find records, We will do record auctions and will be sold to the highest offer. #vinyl, #records, #vinyllife, #itsavinylthing, #rockandroll, #music, #recordcollector #vinylsale #onlinerecordstore #bobdylan #freewheelinbobdylan 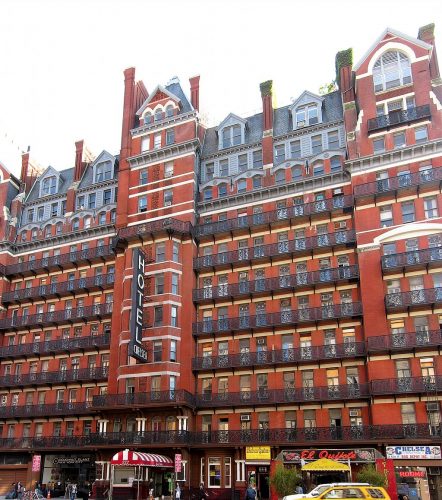 Also called the Chelsea Hotels or just ‘Chelsea’, Hotel Chelsea is famous for its past celebrity guests. Since the 1950s, writers, musicians, and other artists have stayed here, from Patti Smith to Jimi Hendrix and more. It’s been mentioned in many classic songs, such as Leonard Cohen’s ‘Chelsea Hotel’, Bob Dylan was known to have stayed up all night in room – number 211 – writing ‘Sad Eyed Lady of the Lowlands’, and it’s even where Sid Vicious’s girlfriend was found murdered. 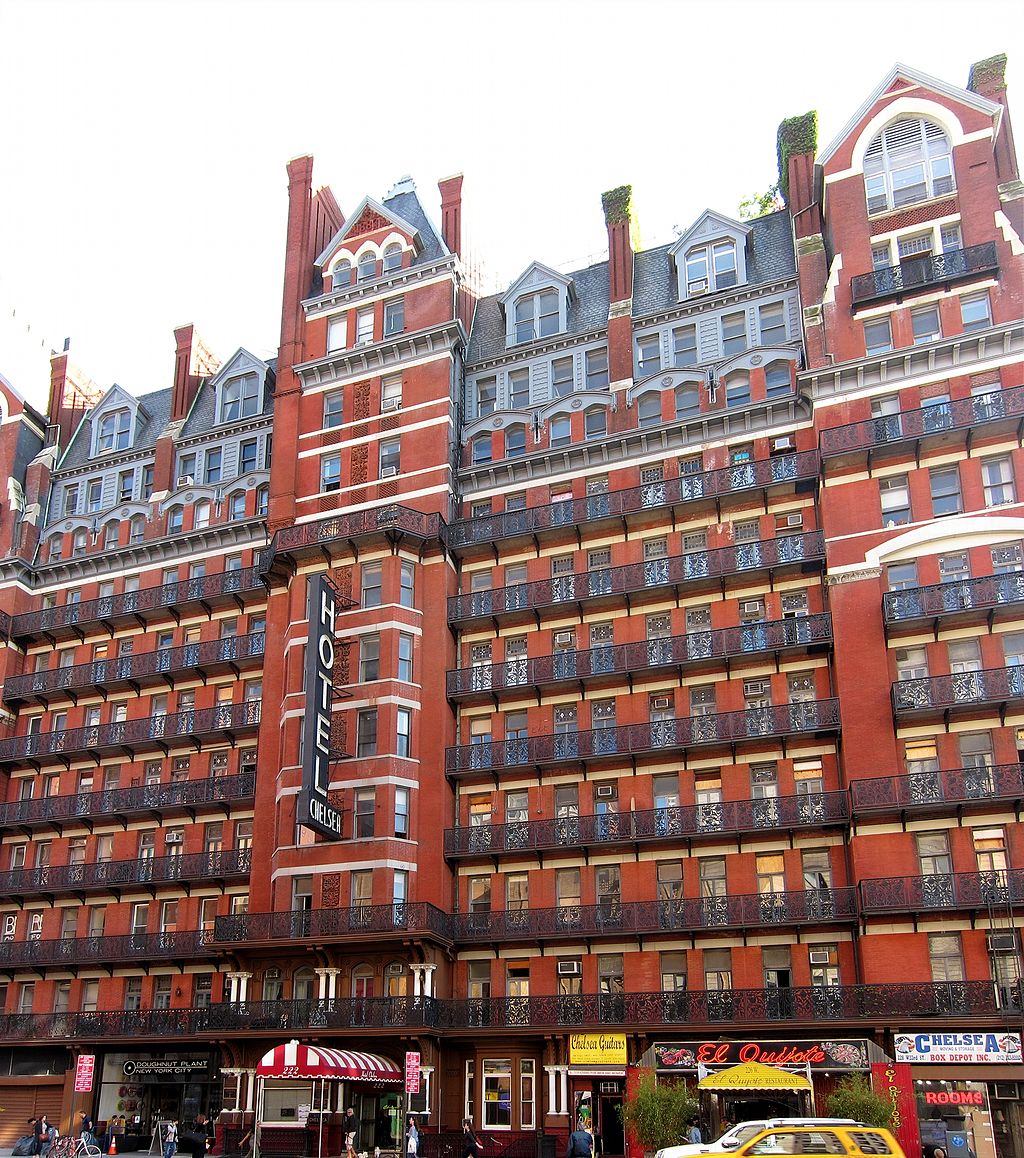 Out in Montauk on Long Island is the Memory Motel, a small, nondescript 13-room motel made famous by The Rolling Stones. The band members were regulars here and were known to hang out at the bar listening to the jukebox. The hotel still exists, and so does the jukebox, so if you happen to stop by the bar be sure to put on a Rolling Stones song.

'Memory Motel' by the Rolling Stones. Jagger began writing the song before beginning the Stones' Tour of the Americas '75 while staying with Richards at Andy Warhol's house in Montauk, New York and finished it while on tour. The title comes from an actual motel in Montauk, on Long Island. https://m.youtube.com/watch?v=5mc84ilU_CE #memorymotel #rollingstones #mickjagger #montauk #rocknroll @gordanajelic @lindamols