A Second Look at the Pigeons of New York City 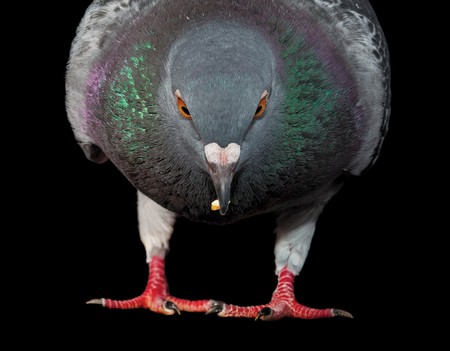 There are many things to love about New York City – iconic monuments like the Statue of Liberty and Rockefeller Center, a rich and diverse history and population spread out across five boroughs and dozens of distinct neighborhoods, and world class cultural institutions like the Museum of Modern Art and New York City Ballet. But one thing about their city many New Yorkers love to hate on? The humble pigeon, which can be found in abundance in the city’s parks.

But while most people would prefer the pigeon stop scavenging quite so close to them, the photographer Andrew Garn saw something more than a nuisance in the often maligned feathered creature, and did what he does best: turned his formidable camera lens on the animals to showcase them in a wholly unique and beautiful light. 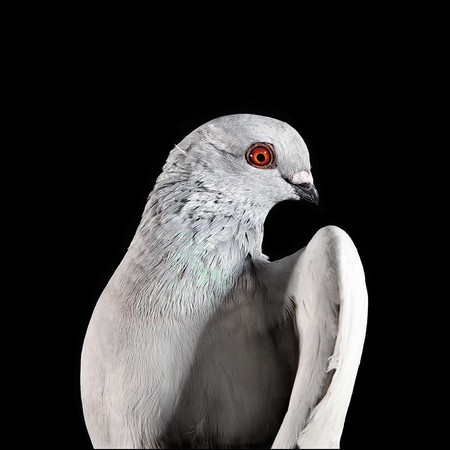 The result of his pigeon photography can be seen in his new book, The New York Pigeon: Behind the Feathers. The shots are astonishing, rendered with the striking elegance of a shoot in a high fashion magazine. It’s as if Irving Penn had decided that instead of an ethereal model, he would prefer to photograph a pigeon. (Penn, in fact, did capture chickens for Vogue food features later in his life.)

Garn photographed the pigeons in a variety of environments, capturing some in the wild in the city and others in a studio, thanks to his collaboration with the Wild Bird Fund, a rehabilitation center for birds. 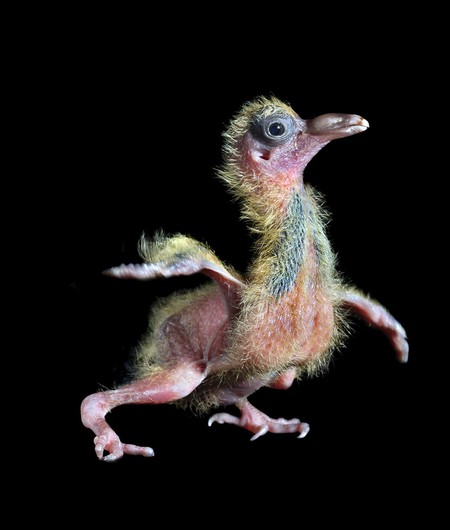 Garn is no stranger to photographing unconventional subjects, and seeks them out over more traditional options. He has also focused his photography at various points on penal architecture in the United States, the homeless population of Las Vegas, and Stalin-era industrial plants.

With the seed of the idea on pigeons germinating, Garn visited a coop to study pigeons up close. He was transfixed by their dexterity in flight, by the color of their eyes, ans the colors in their feathers. 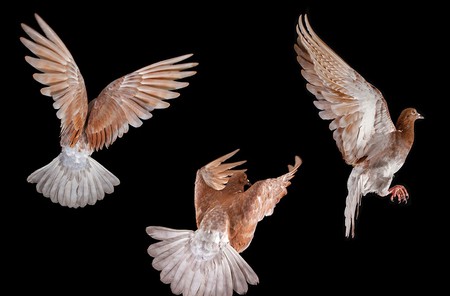 The project took around ten years to complete, during which time Garn said he became part of the larger “pigeon community.” He has said that he realized over the course of the project that pigeons have their own personalities, with some happy to preen and be photographed and others more skittish or aggressive – just as a human.

For more of Garn’s incredible work, pick up a copy of The New York Pigeon, and prepare to see your constant New York City feathered companion a little bit differently.