Though characters such as Sherlock Holmes, James Bond and Hannibal Lecter (to name but a few) have filtered into the public consciousness through film or television, they were originally literary inventions. Over the years, classic and contemporary fiction alike has been adapted for the silver screen, with directors hoping to capture the magic that made the books so well-loved. Here, we explore ten films that have used their source material and transformed it into something unforgettable. 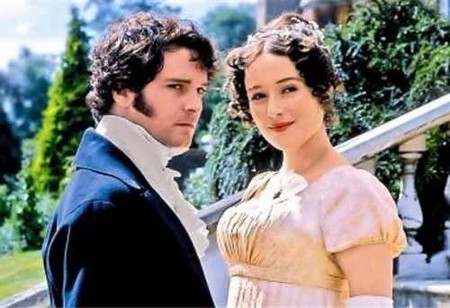 One of the most successful BBC adaptations ever, Pride and Prejudice (1999) is certainly a beloved favourite for many viewers. Managing the not-inconsiderable feat of adhering faithfully to its source material whilst reinterpreting it through small original touches (such as the infamous lake scene), this adaptation of Pride and Prejudice is skilfully crafted and beautifully realised by Andrew Davies. Paying special attention to detail in costume, set, and even dance choreography, it is a delightful glimpse into the glittering world of Georgian society, as well as a wonderful tribute to the wit and perception of Jane Austen herself. 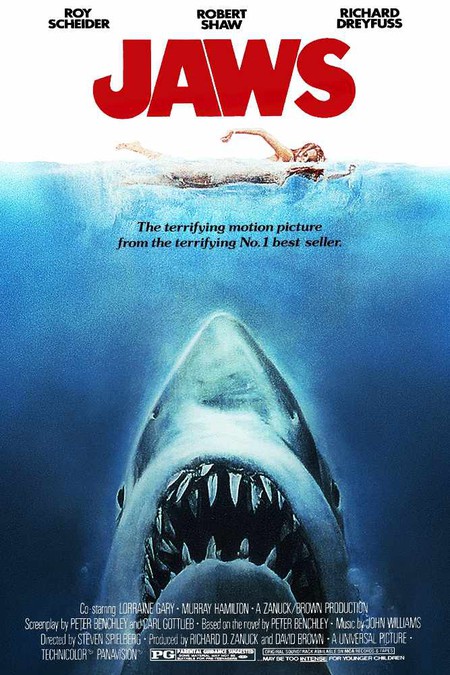 Adapted from the frightening and thought-provoking classic, Jaws (1975) is a must-watch masterpiece. Based on the premise that a deadly great white shark is unexpectedly haunting a New York seaside town and terrorising its inhabitants, Stephen Spielberg uses a blend of humour, suspense, and truly cutting-edge special effects to create one of the most frightening and thrilling cinematic experiences in film history. With both its promotional poster and score having become an integral part of popular culture, Jaws is a classic that has shaped the productions of future ‘monster’ films for generations to come. 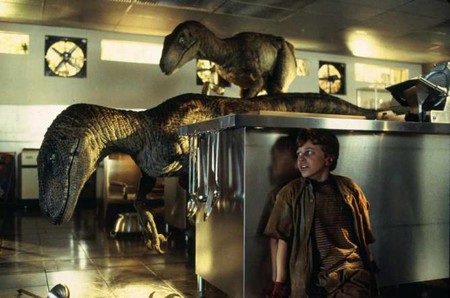 Revolutionary and ambitious, Jurassic Park (1993) never fails to capture the imagination of its audiences. Based on Crichton’s cautionary sci-fi, it describes the disastrous fall-out of technology gone too far when a group of scientists cannot control the dinosaurs they have reconstructed. A visual masterpiece in its fantastic, life-like recreations of dinosaurs, this film is also filled with genuinely frightening scenes as the dinosaurs wreak havoc, from a T-Rex car chase to a harrowing kitchen escape from Velociraptors. Jurassic Park is a marvelous homage to the original, blending action and science skillfully, without being didactic or judgmental. 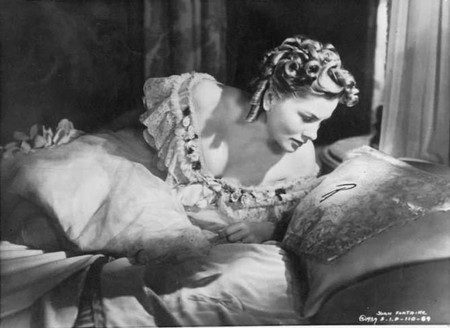 Arguably one of Hitchcock’s most famous productions, Rebecca (1940) is sure to amaze in all its black-and-white glory. Narrated by an unnamed female, the plot follows her marriage to Maxim de Winter, and depicts her subsequent unhappiness as she fails to live up to the standards set by his beautiful and sophisticated first wife, the eponymous Rebecca. Masterful in its portrayal of the narrator’s doubts and vulnerabilities, skillful in its manipulation of camera angles and colour in order to create a truly gothic atmosphere, Rebecca is successful in encapsulating all the suspense, mystery, and surprise of Du Maurier’s novel.

A brilliant adaptation of Ellis’ controversial bestseller, American Psycho (2000) depicts the yuppie culture Ellis so despised in all its ugly glory. It relates the life-events of Patrick Bateman, a narcissistic and egotistical banker with a penchant for keeping up appearances and murder. Mary Harron takes all of the novel’s duality and hypocrisy and transforms it into an equally dark tragedy about a man who is both a victim of his vacuous existence, and an agent of his mental degeneration. The adaptation was a critical and commercial success, with many praising Christian Bale’s masterful portrayal of the protagonist. 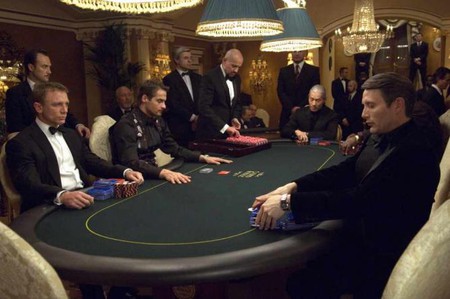 The first of Daniel Craig’s widely praised performances as 007, Casino Royale (2006) proved to be just what the dying franchise needed. Adapted from the first of the Bond novels, the plot traces Bond’s unconventional attempts to ruin his antagonist Le Chiffre, by bankrupting him at the casino, whilst he tries to seduce the aloof Vesper Lynd, his financial assistant. Infused with the dry humour typical of a Bond film, Casino Royale is also unique in its clever combination of action and speech, thus offering the audience action-packed yet humorous entertainment that is both believable and thrilling. 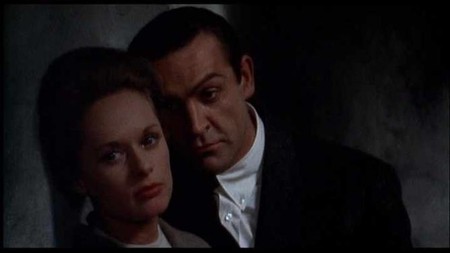 One of many collaborations between Hitchcock and his muse Tippi Hedren, Marnie (1964) is another fantastic cinematic offering from the master of filmmaking. Adapted from the book of the same name by Graham (of Poldark fame), it recounts the exploits of the serial kleptomaniac Marnie, a beautiful but emotionally distant young woman, who, once caught and blackmailed into marriage by the forceful Mark Rutland, is forced to face the psychological demons that have shaped her into becoming the adult she is. Characterised by all the hallmarks of Hitchcock’s masterful direction, Marnie is a thrilling and unnerving psychological drama. 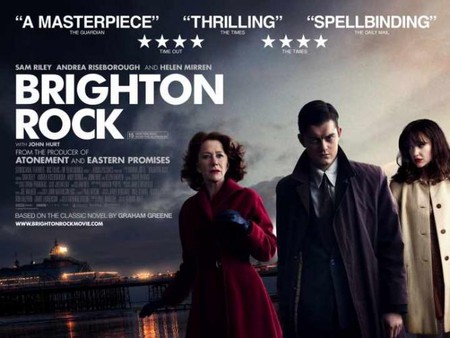 Adapted from the Greene classic, Brighton Rock (2010) is a gritty insight into gang warfare. Though adapted many times before, this adaptation is particularly notable in two ways: first, as it was set in the ’60s (not the ’30s), the stark visuals used to depict Brighton during the height of the Mods and Rockers era is both dazzling and exciting. Second, Sam Riley, a controversial choice due to his age, adds an air of pure menace to his portrayal of Pinkie, making the performance truly compelling. Visually stunning and beautifully acted, Brighton Rock is, despite its flaws, a truly memorable experience. 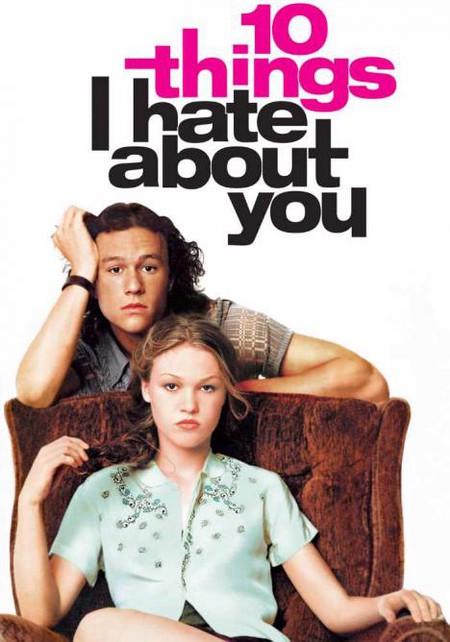 10 Things I Hate About You Promotional Poster | © Buena Vista Pictures

10 Things I Hate About You – William Shakespeare

Though based on the rather distasteful The Taming of the Shrew, 10 Things I Hate About You (1999) is a funny and surprisingly thoughtful contemporary high school adaptation of the original Shakespearean comedy. Telling the story a blossoming relationship between Patrick and Kat, the former unaware that her counterpart has been paid to woo her so that her sister Bianca can also date, the film explores the complex issues of social pressures, identity, and sibling relationships with a light and humorous touch. Filled with scenes of comedy gold and memorable characters, 10 Things is an excellent introduction into Shakespeare. 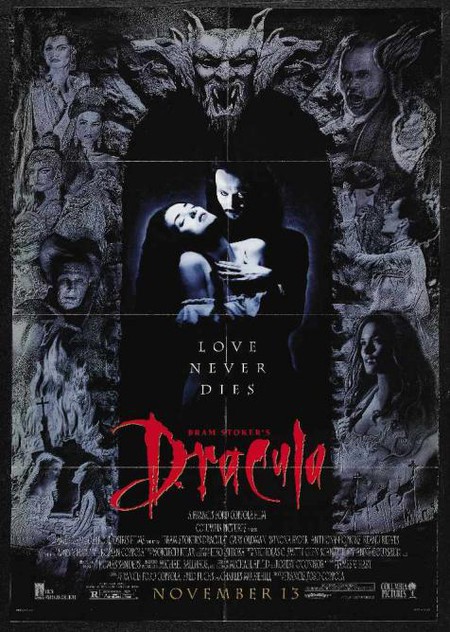 Though there have been many interpretations of literature’s most infamous bloodsucking demon, none have been quite as interesting as Coppola’s. Drawing from Dracula itself and reincarnation myths, in Bram Stoker’s Dracula (1992), Coppola offers a romantic reinterpretation, presenting the titular Dracula (played by Gary Oldman) as a wronged anti-hero condemned to centuries of vampirism after losing his soulmate in tragic circumstances. Sensuous and visually stunning, not only does Dracula have wonderful cinematography, costumes, and music, but it also serves as a vital pivot in the change of posterity’s perception of the ‘Vampyr,’ from the irredeemable villain to the misunderstood tragic hero.