A Pair of Twisted, Geometrical Towers Are Being Added to New York's Skyline 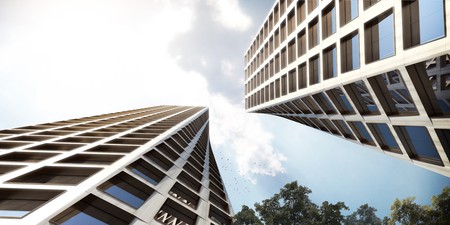 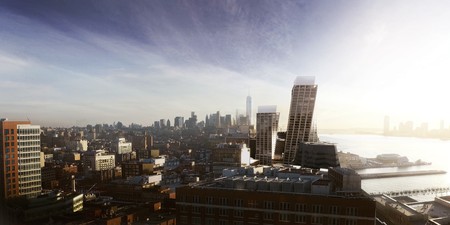 NYC Skyline with rendering of The Eleventh | © BIG

Out of all the neighborhoods in Manhattan, Chelsea has perhaps experienced the most drastic infrastructural evolution over the past fifteen years. The once warehouse-lined, industrial neighborhood is now home to Zaha Hadid’s futuristic NYC structure, as well as the famed High Line park and the $20 billion dollar redevelopment project, Hudson Yards. Now, a pair of geometrical, twisting towers will further transform 10th and 11th avenue, taking up an entire city block and bringing a total of 236 residences to the area.

The Eleventh (or The XI), located at 76 11th Avenue, features a leaning, intrepid design that allows for better city and river views for residences, while also working within the context of the existing, neighboring architecture. Upon completion, the West Tower’s 34 stories will contain residential units and amenities, while the East Tower’s 25 stories will hold both hotel and residential units. 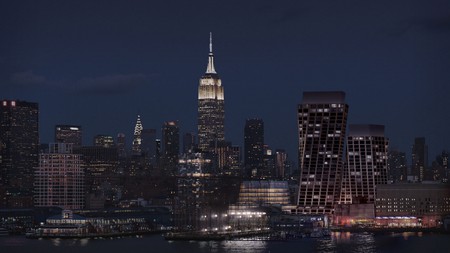 Night view from across the Hudson River | © BIG

One of the main challenges for the project was figuring out how to incorporate the towers within the context of a neighboring warehouse. BIG’s solution was to set back the base of each tower to create sufficient separation, while the top continues to extend, resulting in the rotated visual effect.

“The geometry of the two towers is a direct response to the context. At the base, the two towers pull away from each other and the neighboring buildings to maximize urban space and views,” the firm writes in their recent release. As the towers rise, they “morph and reorient to take advantage of the best views at the upper levels, while also allowing for unobstructed Hudson River views towards the west and city view towards the south, east, and northeast.” The podium base, which contains bridges between 17th and 18th street to allow for continuous circulation. 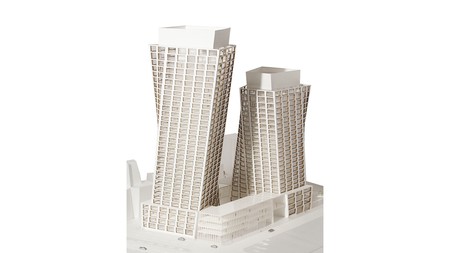 “The twisting geometry at the corners of the towers reduces the overall bulk of the buildings and create additional separation between the towers.” Inspired by the windows of Chelsea’s historic warehouses, the towers feature a stone facade with punched rectangular openings. The windows maintain their vertical shape even as the towers rise, and are accented by metal frames to highlight each opening.