One New Yorker Is Tackling Toxic Dating With Instagram Illustrations 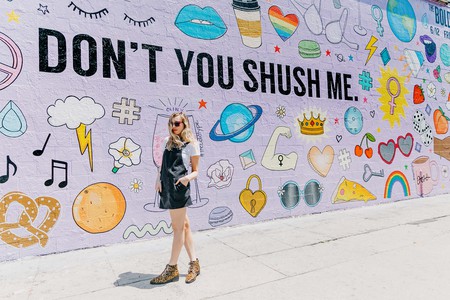 New York-based artist and illustrator Samantha Rothenberg has built a devoted Instagram community around her cartoon depictions of real-life text exchanges. Her doodles are starting a dialogue that could change dating forever.

Ghosting. Catfishing. Orbiting. The digital age has brought with it a whole new terminology (ever been breadcrumbed?) that defines a particular set of behaviors related to online dating. While bad dating experiences are universal, the likelihood of harassment has escalated, and it’s women who more often find themselves at the receiving end of it.

New York-based artist and illustrator Samantha Rothenberg is addressing these behaviors in clever, colorful illustrations. Her Instagram page violetclair has amassed tens of thousands of followers since she started sharing her art back in 2015. She’s even been approached by dating apps seeking to improve women’s experience on their platforms. 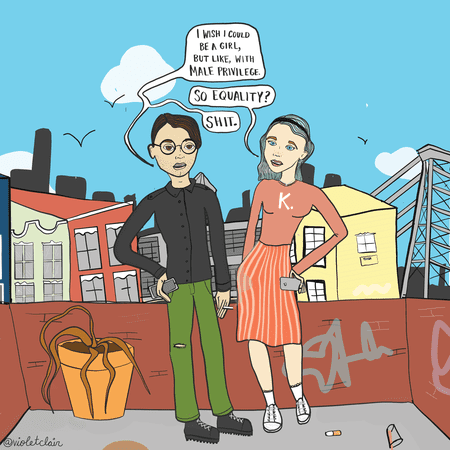 Rothenberg’s earlier drawings were inspired by the frenetic pace of life in New York City. “The great thing about New York is that you are constantly confronted with incredible, unexpected things. Ideas for my comics definitely draw from this,” she says. It’s no surprise that dating in a city as huge and diverse as New York has influenced her work, too. “Because the dating pool in New York is so large, my friends and I are constantly generating a feed of funny and interesting stories, which are often later used in my work.”

With her and her friends’ dating anecdotes proving popular, it wasn’t long before Rothenberg turned to her followers for inspiration. “Posting comics loosely based on my life, through a character who vaguely resembles me, started to feel stale and uninspiring,” Rothenberg says. “I wanted to bring more points of view and characters into my work and I think that’s what led it to become more interactive.” 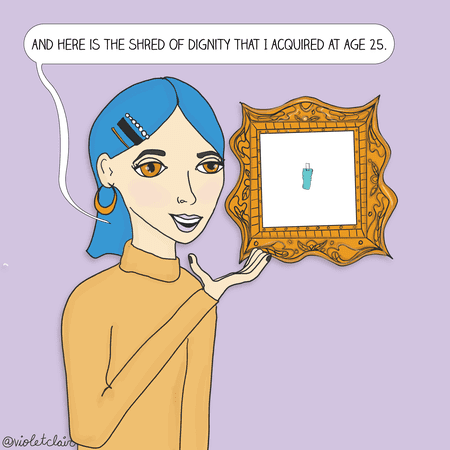 One of Rothenberg’s relatable doodles | Courtesy of Samantha Rothenberg

At the end of 2018, Rothenberg launched a ‘dating horror stories show’ using Instagram’s Stories function, for which she asked her followers to submit screenshots of inappropriate or offensive messages they’d received from men over text or on dating apps. From there, she drew up an artistic interpretation of the men behind the messages. The result is a comic visualization of the sometimes farcical nature of modern dating, where speech bubbles containing real, often shocking, messages received by women accompany caricatures of the men who sent them.

Making a parody of these hostile messages has proven to be a cathartic way to address a dating landscape that can be a toxic place for women. Moving from imagined scenarios to real-life exchanges has only served to make her work more relatable; the comments section underneath every post is filled with women sharing similar stories and offering each other support and advice.

The exchanges Rothenberg illustrates aren’t always straightforward insults and abuse. She makes an effort to share stories that are a little more nuanced, encouraging her followers to discuss and unpack each situation. A recent episode illustrates a man admitting to the woman he’s dating that he has a crush on her friend. Another depicts a woman finally confronting the man who has been sending her harassing text messages for two years. 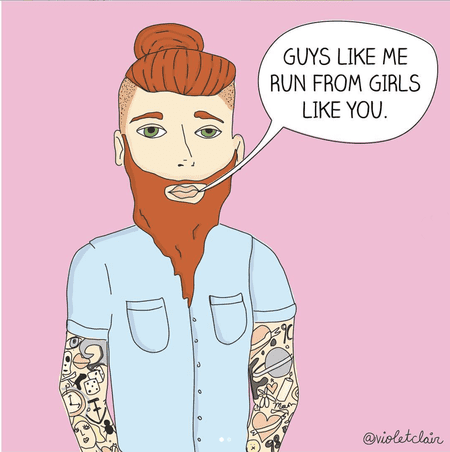 In her page, Rothenberg has created a space for open dialogue where followers – whom Rothenberg fondly refers to as ‘Clair Bears’ – play a part in informing the creation of almost every new illustration. She regularly hosts Q&As and creates polls on Instagram Stories, welcoming discussion around everything from ‘ghosting’ and ‘red flags’ to consent and manipulation. “The interactive features in Stories are amazing,” Rothenberg says. “They’ve allowed me to create conversations, rather than just putting out one-way content.”

Rothenberg’s followers are encouraged not only to dissect their dating encounters, but also to reflect on their own potentially problematic behaviors. Watching Rothenberg’s Stories, you get a sense of the dedicated community that has rallied around her work, laying bare the reality of women’s shared experiences in the world of dating. 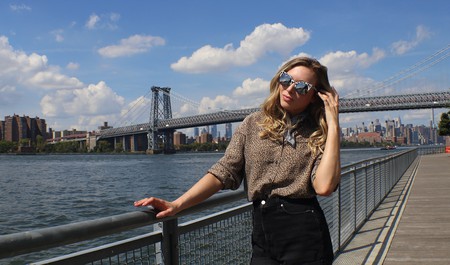 With a following so engaged, what started as a lighthearted, anecdotal approach to content now has the power to pioneer change. Rothenberg hopes to inspire dating apps such as Hinge and Bumble to address the issues she highlights. “I recently met with a Hinge employee to talk about grey areas in dating and how apps can better handle them,” she says. “This kind of opportunity is what makes me feel like this project has the potential to create real changes in the dating world.”