A History of the New York City Marathon 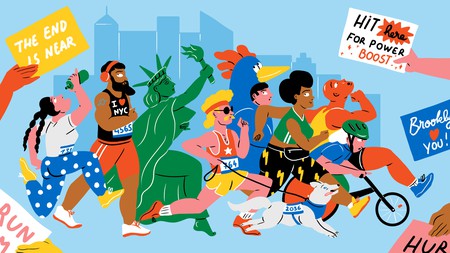 The New York City Marathon is the largest marathon in the world. First run in 1970, only 55 out of 127 entrants completed the race, which was held entirely in Central Park. The famed 26.2-mile race has evolved by leaps and bounds since, expanding into all five boroughs and growing in size to a record 51,388 finishers in 2016.

With the 2017 edition of the NYC Marathon right around the corner on Nov. 5, we take a look at some of the history surrounding the famous race.

The first New York City Marathon was held in 1970. The event, organized by Fred Lebow and Vince Chiappetta, was held entirely in Central Park. Of the 127 entrants, only 55 finished; the sole female entrant dropped out due to illness. Winners were given wristwatches and recycled baseball and bowling trophies as prizes. 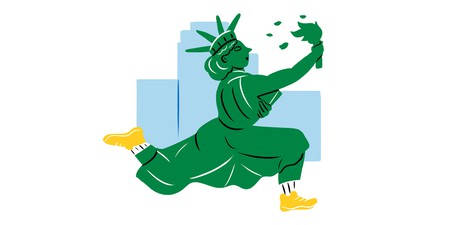 Approximately 2,100 entrants of the 1976 NYC Marathon took to the streets of all five boroughs for the first time. The course included five bridges.

Grete Waitz of Norway runs 2:28:07 for her record ninth NYC Marathon win. She also won the event from 1978-80 and from 1982-86. A pioneer in promoting marathon and long-distance running for women, the New York Road Runners sponsor a 10K in her honor called Grete’s Great Gallop.

Gérman Silva and Benjamín Paredes, both of Mexico, were neck and neck leading the field at the 1994 NYC Marathon. Once they got into Central Park, Silva famously took a wrong turn during the 26th mile, while Paredes continued straight on the proper path. Silva rebounded from his misstep and rallied to win the race in dramatic fashion by two seconds (2:11:21). 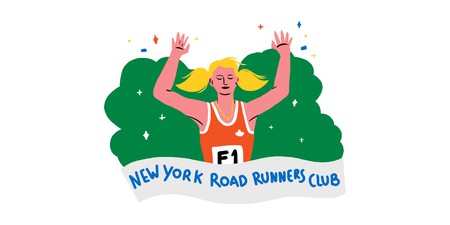 The Sept. 11 terrorist attacks shook the United States to its core, especially in New York City. Patriotism was at its peak less than two months later as participants ran the 2001 NYC Marathon through the city that had suffered so much. Deena Drossin ran 2:26:58—the fastest debut by an American woman, to win the national title.

Margaret Okayo of Kenya broke her own course record, running 2:22:31 to set the NYC Marathon women’s mark that still stands today. Okayo, who also won the 2001 race in 2:24:21 after being forced to drop out of the Chicago Marathon because of dehydration less than a month prior, has never finished lower than fifth place in her five NYC Marathon finishes. 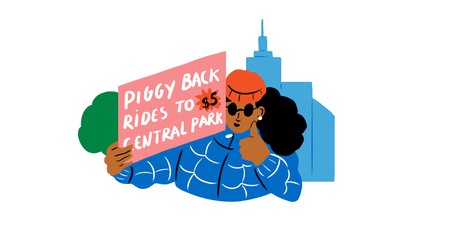 Like Okayo, fellow countryman Geoffrey Mutai is a two-time NYC Marathon winner and record holder, except Mutai set the fastest men’s time in his first victory, not his second. Mutai ran 2:05:06 to win in 2011, shaving almost three minutes off the previous record set by Tesfaye Jifar (2:07:43) in 2001. Mutai also won the NYC Marathon in 2013; the event was canceled in 2012 due to Hurricane Sandy.

The NYC Marathon has been run every year since its inception in 1970, save for 2012 due to the effects of Hurricane Sandy that battered the Northeast. Thousands of runners joined together to run in Central Park on race day (Nov. 4), while many others traveled around the city to aid in relief efforts. Participants were either given a refund of their race entry or guaranteed entry into the 2013, 2014 or 2015 NYC Marathon.

The field and finishers in the New York City Marathon continue to grow each year. The 2016 race had a record number of finishers (51,388), setting a new mark as the largest marathon in the world.