A History Of New York's Belvedere Castle In 1 Minute 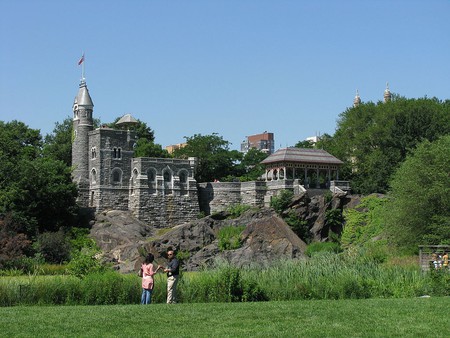 Located in Central Park is Belvedere Castle, which in Italian means ‘beautiful view.’ Used precisely for what the name suggests, the castle provides picturesque views of other parts of the park. Designed by Jacob Wrey Mould and Calvert Vaux, the castle has two balconies that look over some of Central Park‘s most iconic features.

Designed in 1865, Belvedere Castle was initially made to be a Victorian Folly. A folly is a structure whose main function is to be ornamental, serving no practical use. Its architectural style is both Romanesque and Gothic, adding a fantastic and dreamlike quality to the park.

Even though it was originally meant to be an open-air structure, the need for functionality eventually influenced its design, with doors and windows added as meteorology equipment was brought in. In 1919, the National Weather Service began using its high balcony as a place to measure the wind’s speed and direction – the castle’s location high on Vista Rock makes it the best place in Central Park to measure the wind. Rainfall and other weather data were recorded just south of the castle, and before long, the castle began to be regularly used by the United States Weather Bureau (today, the National Weather Service). The castle is still used for meteorology today, just as it was in 1919, with the collected data sent to the weather service’s offices on Long Island.

Over the years, Belvedere Castle struggled with deterioration and vandalism. It underwent a full reconstruction – completed in 1983 – and today, it’s one of the park’s most popular attractions. Despite being a functional site, aesthetics are still one of the castle’s primary functions. It’s the highest point from which to view Central Park and the city, and from its balconies, you can see The Great Lawn, Turtle Pond, The Ramble, and more. 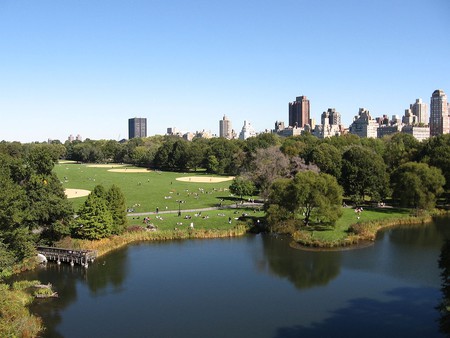 View Of The Great Lawn From Belvedere Castle | © Wikipedia Commons

Today, the castle is one of the five visitor centers in the park, and it’s open daily to visitors from 10am to 5pm. Other visitor centers include the Merchant’s Gate Plaza, the Chess & Checkers House, the Dairy Visitor Center, and the Charles A. Dana Discovery Center. Each visitor center has its own appeal, but at Belvedere Castle, you’ll have the unbeatable views and the Henry Luce Nature Observatory – an educational site that gives information about the wildlife in the park.