A Guide to NYC’s Rebellious, Inclusive Design Talks for Archtober 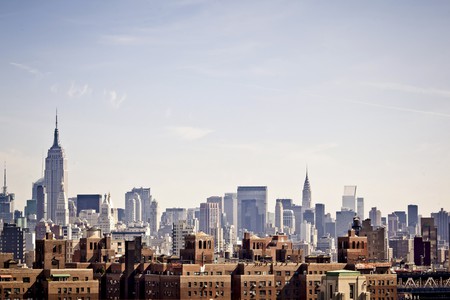 From ‘Close to the Edge: The Birth of Hip-Hop Architecture’ to ‘Power to the People: Designing for Resilience Post Hurricane Maria,’ here are Culture Trip’s picks for October’s most forward-thinking design lectures and symposiums.

As the design community around the world continues to focus on more sustainable, forward-thinking projects, a new kind of dialog has emerged, one that’s focused on cross-disciplinary collaboration, inclusivity and democratic design. And as New York City gears up for Archtober 2018, an annual month-long celebration of design, those topics are front and center.

Led by Germane Barnes, Nandini Bagchee and Nicholas Korody, ‘Rebel Architecture’ discusses the ways in which the built environment replicates (and enforces) power, particularly within the urban environment. The panel, moderated by Louise Harpman, “will demonstrate ways we can – and do – counteract these prescribed meanings through alternate, collective, and collaborative forms, as well as through active resistance.” 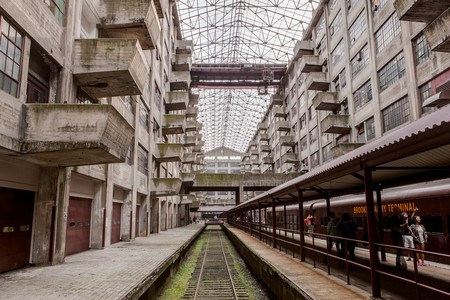 It’s not news that NYC is experiencing an ongoing housing crisis, particularly in affordable housing for low- and middle-income individuals and families. With rent costs driving so many New Yorkers outside the five boroughs, what will become of the city when only the ultra-wealthy are left? Edward Glaeser, economist and author of Triumph of the City, joins sociologist Miriam Greenberg to discuss the political, social and economic challenges that play into this crisis, and how we can maintain affordability in NYC. 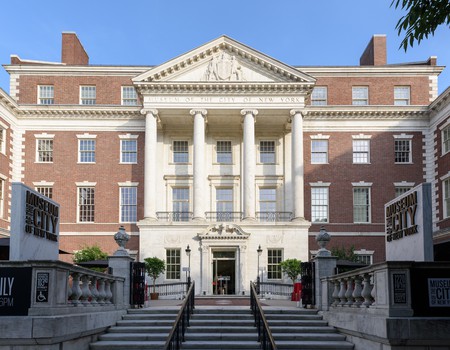 Museum of the City of New York | © Filip Wolak

To celebrate its 125th anniversary, the Municipal Art Society of New York (MAS) is hosting an opening reception for a new exhibition, ‘Toward a Livable City.’ The event highlights the non-profit organization’s history of activism on core issues that affect the city, including inclusive urban planning and design.

October 6, Saturday
Symposium – ‘Close to the Edge: The Birth of Hip-Hop Architecture’
Center for Architecture
1pm-6pm

Center for Architecture presents a symposium and workshop by BlackSpace on Close to the Edge: The Birth of Hip-Hop Architecture, a new exhibition that looks at hip-hop’s influence on design and the urban built environment. BlackSpace, a collective of young black changemakers, aims to bridge the “gaps between policy, people, and place” by addressing issues of inequality and justice in New York City. Sekou Cooke, curator of Close to the Edge, moderates the panel, which includes speakers Nina Cooke John, James Garrett Jr, Andres L Hernandez and Craig L Wilkins.

Presented by South Street Seaport Museum, a panel of experts on culture, public engagement, historic preservation and more comes together to discuss the unique challenges faced by historic institutions. The talk will explore various perspectives on “how to balance between the needs of public engagement and preserving a site for future generations.” Speakers include Mary Jablonski, David Favaloro, Danielle Swanson, Chelsea Dowell and others. Doors open at 6.30pm at the Melville Gallery at 213 Water Street. 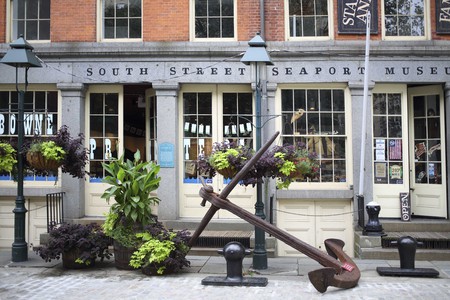 The principal architect of Marvel Architecture, Jonathan Marvel, leads a discussion on the ongoing work of Resilient Power Puerto Rico (RPPR), which is striving to bring large-scale sustainability – namely solar power – to the island after Hurricane Maria. 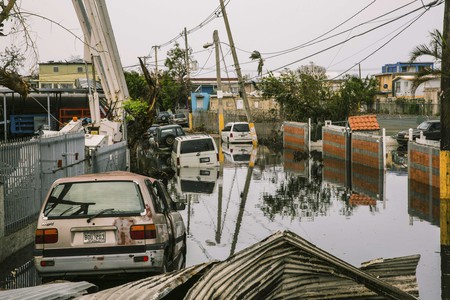 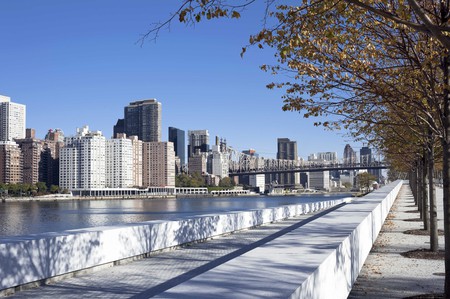 From Archtober: “In 2012, FDR Four Freedoms Park was completed posthumously as one of the last great projects of the visionary architect Louis Kahn; this tour will discuss the challenges of creating public spaces today.” 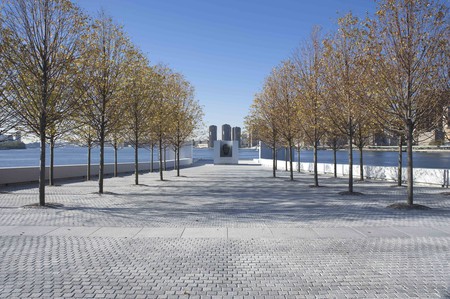 Organized by the Consulate General of Switzerland, ‘Responsive Cities’ looks at “the new frontier in human settlement … based on smart city technologies.” The discussion will examine how data can help create inclusive environments in cities, and the role of cognitive psychology, complexity science and policymaking in actively responding to urban issues. 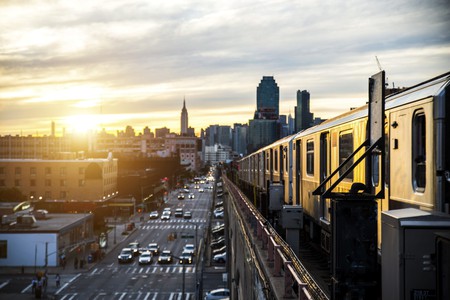 The fifth annual Women in Architecture Forum and Awards, presented by Architectural Record, honors the work of influential female leaders in design. The pre-reception symposium will include Elizabeth Diller, Peggy Deamer, Upali Nanda and more.