A Guide To NYC In 5 Frank O'Hara Poems 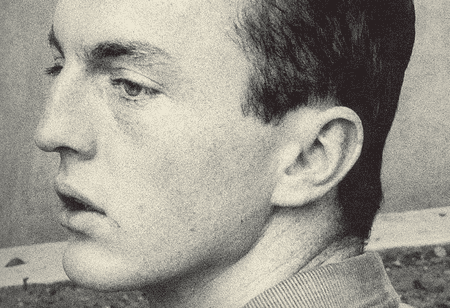 Frank O’Hara was a 20th-century American writer and poet and a highly influential member of The New York School – a group of artists at the time who were greatly influenced by Surrealism, Abstract Impressionism, jazz, and other progressive movements. His poetry is known for being highly personal and intimate, taking subjects found in daily life in New York City.

A classic example of O’Hara’s free, relaxed style, ‘Music‘ (1954)is primarily about a day spent in New York City. O’Hara writes, ‘If I rest for a moment near The Equestrian / pausing for a liver sausage sandwich in the Mayflower Shoppe...’; these musings on daily life were a stark contrast to the formal, academic style of the time. Though over 50 years have passed, images like ‘As they’re putting, up the Christmas trees on Park Avenue / I shall see my daydreams walking by with dogs in blankets‘ feel like they could’ve been seen yesterday.

As they’re putting, up the Christmas trees on Park Avenue
I shall see my daydreams walking by with dogs in blankets,
put to some use before all those coloured lights come on!
But no more fountains and no more rain,
and the stores stay open terribly late. 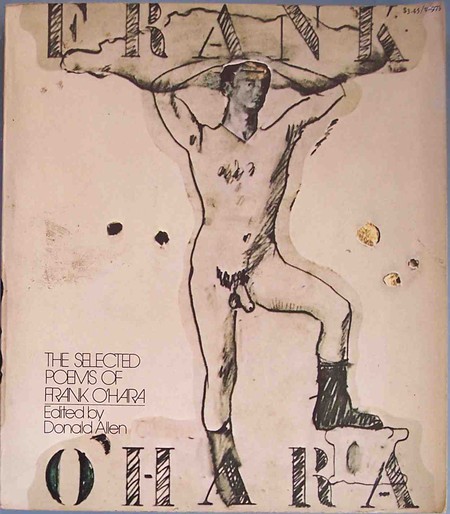 Frank O’Hara was an openly homosexual man, and in his 1954 poem ‘Homosexuality,’he openly discusses the topic in one of his least lighthearted poems. He refers to the landscape of New York again, mentioning ‘14th Street is drunken and credulous, / 53rd tries to tremble but is too at rest,’ but this time, he speaks of a serious topic that was controversial at the time. But still, O’Hara is open and proud, saying ‘It’s wonderful to admire oneself / with complete candor.’

So we are taking off our masks, are we, and keeping
our mouths shut? as if we’d been pierced by a glance!

The song of an old cow is not more full of judgment
than the vapors which escape one’s soul when one is sick;

‘Having a Coke with You’

‘Having a Coke with You‘is O’Hara’s heartwarming love poem in which he describes having a Coke with you as being better than going to San Sebastian. He says ‘in the warm New York 4 o’clock light we are drifting back and forth / between each other like a tree breathing through its spectacles‘ and that after looking at you, he feels sorry for Michelangelo and Leonardo who never experienced such beauty. It’s a simple, yet beautiful, poem that will make anyone smile.

New York isn’t known for being the cleanest city in the world, but this poem, published in 1964, celebrates its grittiness. In this poem, O’Hara asks, ‘does it just seem dirty?‘ – commenting on the preconceptions people have of the city. The poem is arguably just as much about ‘dirty’ thoughts as it is about a physically dirty city, but nonetheless, it’s a short, light-hearted poem that reminds readers of the landscape of New York.

Written in 1959, ‘The Day Lady Died‘is a tribute to jazz singer Billie Holiday and is one of O’Hara’s best-known poems. He describes this day first through its normal events, which unmistakably take place in New York City. He says, ‘It is 12:20 in New York a Friday’; he also talks of 6th Avenue, East Hampton, and The New York Post. The poem is about an emotional event and how it’s processed in daily life in New York City.

then I go back where I came from to 6th Avenue

and the tobacconist in the Ziegfeld Theatre and

casually ask for a carton of Gauloises and a carton

of Picayunes, and a NEW YORK POST with her face on it