A Brief History of Puerto Ricans in New York 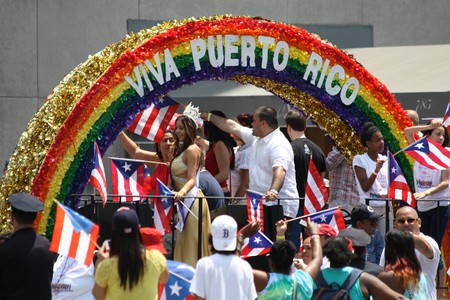 A city of immigrants, New York is home to over eight million people, many belonging to ethnic groups with colorful histories in the city. Hosting the largest Puerto Rican population of any city in the world, New York has a rich past with Puerto Rican immigrants, migrants, and eventually, natives.

One-time citizens under Spanish rule, Puerto Ricans began immigrating to New York during the 19th century, first as subjects of Spain and later as newly baptized Puerto Rican citizens of American dominion. In 1917, the group would undergo yet another transformation of identity; awarded American citizenship by Congress, Puerto Ricans were now permitted to travel freely between Puerto Rico and the U.S. mainland, run for local office, and serve in the U.S. military. Accessible air travel further enabled mass migrations of Puerto Ricans, who journeyed to New York City in order to explore their newfound identities in a new frontier. 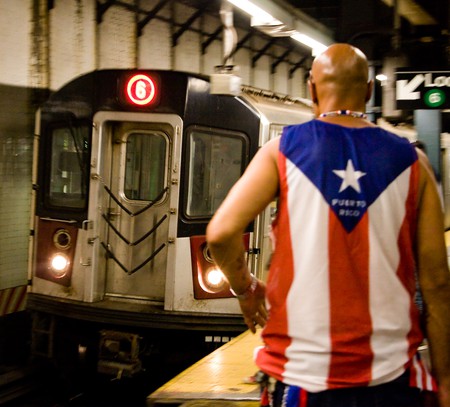 Relegated at first to barrios in the furthest reaches of the city, the migrants quickly sought and gained footholds in New York. In 1954, the first native-born Puerto Rican was appointed the head of a major New York City political party. Just four years later, migrants marched in the first-ever New York Puerto Rican Day Parade, now a locally beloved annual tradition. Steadily, the group worked toward what many older New York-based Puerto Ricans recall as something of a heyday; in the 1970s–1990s, the city’s Puerto Rican population reached its peak, spiking at nearly 12% of the city’s overall population and almost 80% of its Hispanic population. 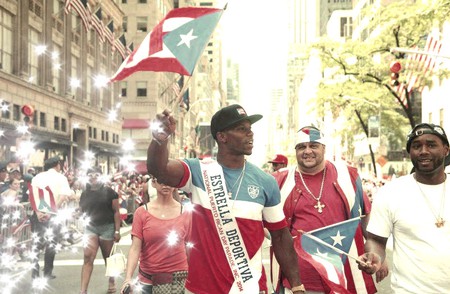 The 20th century also marked a crucial cultural movement for Puerto Ricans living in New York. Founded by writer Jesús Colón, the artist-built Nuyorican Movement set out to empower Puerto Rican migrants while highlighting the unique issues and challenges they faced. Evolving eventually into a local phenomenon, a prominent subculture of self-identifying “Nuyoricans” emerged, and they continue to call the city home even today. With this movement, the identities of New Yorker and Puerto Rican were inseparably merged, thereby solidifying the historically unstable Puerto Ricans’ position here in New York City.

Today, New York boasts the largest Puerto Rican population of any city in the world, with the 2013 Census reporting 1,103,067 Puerto Ricans living in New York State. Naturally, the barrios have long since been left behind, and each of the city’s five boroughs houses significant Puerto Rican populations. Like many immigrant and migrant groups, Puerto Ricans have made major contributions to many New York industries, including arts, music, and entertainment, and have helped make this already great city even greater.