The history of Grand Central Terminal is long, but it began around the 1800s when rail travel emerged in society. Freight and passenger rail travel was a huge part of the city’s growth, and in the 1830s, New York City’s first railroad line was constructed. More railroads were built, and as things expanded, it was clear that a hub was needed for all the railroads. Midtown was the logical choice, so in 1871, the Grand Central Depot opened. After a renovation in 1901, the name was changed to Grand Central Terminal.

In many ways, Grand Central Terminal was a symbol of wealth and power, so its design is bold. By 1900, the Terminal’s structure struggled to keep up with the growing traffic; electrical trains were becoming more prominent over steam engines, and it was clear that change was needed. In 1903, a design competition was held for a new architect, and the firm Reed & Stem won. And though Reed & Stem had many new plans, there were concerns that these plans wouldn’t emphasize grandeur and elegance, so another firm, Warren & Wetmore, was hired and proposed a grand façade with giant archways. 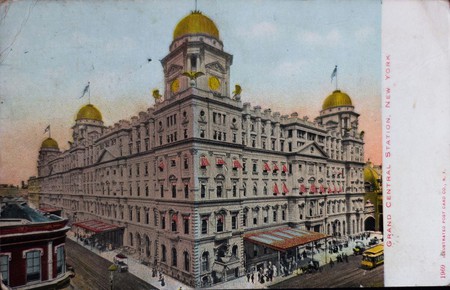 The results were truly stunning. A Parisian artist was brought in, adding bronze and stone carvings, marble on the floor and walls, and sculptures of Mercury And Hercules, which adorned the 42nd Street façade. Further, there were amenities such as a shoe shine room, an oak-floored waiting room for women, and a barber shop, and from the beginning, it was defined as a ‘tourist-friendly place’ where travelers could ask questions and receive excellent service.

And as train travel grew, Grand Central Terminal grew along with it. More tracks were built deeper underground, and an electrical sub-station was built on 50th Street to power the entire terminal. The huge amount of tracks required the largest transportation control system ever built at the time, and the Terminal was truly the first of its kind in its size and efficiency. 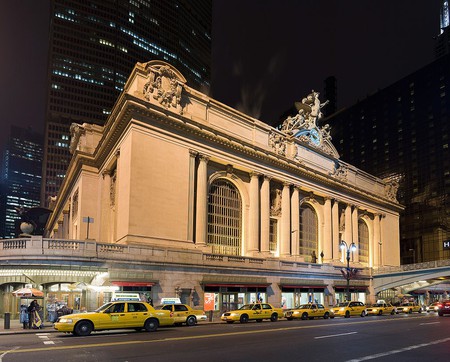 But still, luxury and prestige dominated in its early years. From 1902 to 1967, passengers boarding the train from New York to Chicago would have a red carpet sprawled out for them to walk on. Red Caps would carry your luggage into the station, and dining cars served elaborate meals. By the 1950s, however, air travel and highway travel grew while luxury train travel declined, and Grand Central Terminal primarily became a commuter train station. Slowly but surely the luxury died out, and Grand Central gradually became the commuter hub it’s known as today.