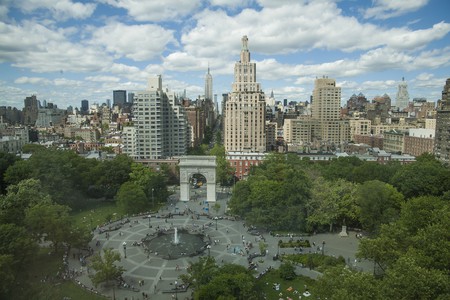 The history of New York University is much like any New York tale, in which a scrappy outsider overcomes setbacks while blazing a new trail. Class is now in session, both at NYU and here, as we illuminate the story behind New York University.

When Albert Gallatin announced his intention to found what would one day become New York University in 1831, his vision was one that had never been realized. The former Secretary of the Treasury’s plan for an institution that would welcome all students, regardless of social background, national origin, or religion, was the sort of radical idea which could only come to fruition in New York City. The first University of the City of New-York classes took place in 1832 in rented quarters near City Hall. In its early days, the university taught contemporary subjects such as civil engineering and sculpture to students including Samuel F.B. Morse and Samuel Colt, and by 1835, it relocated to a permanent home on Washington Square East. Thus, not four years after it opened, the university looked to be on its way to becoming the institution its founder had envisioned. 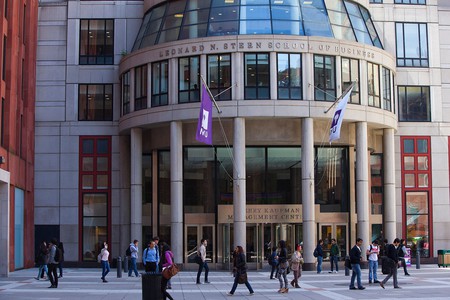 No rise is without its setbacks, however. Throughout the 19th century, New York University suffered from financial problems which would continue to plague the university for decades until the forced sale of the school’s Bronx campus in 1973. Another of the university’s issues was enrollment, which never exceeded 150 students during the 19th century. True to its scrappy New York nature, NYU was in the black by the end of the century, solving both its issues in 1994 when Sir Harold Acton bequeathed to NYU what was at the time the largest gift made to an American university, a 57-acre estate in Florence, Italy. 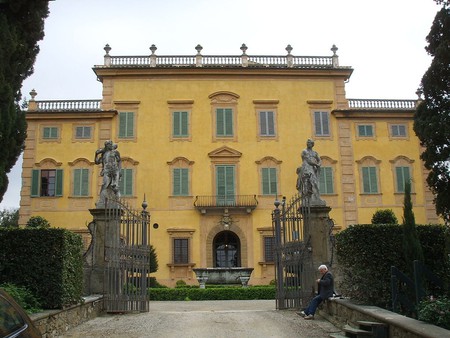 Gallatin didn’t meet his goal to create an institution which was “metropolitan in character [and] responsive to the demands of a bustling commercial culture”; he surpassed it. Today, NYU has a student body of more than 50,000 and a faculty exceeding 4,500 based at sites in New York City, Shanghai, and beyond. Its commuter school that opened in 1914 changed the way education was viewed and gained in this country. New York University is a trailblazing hometown hero, and those are the best sort of stories.